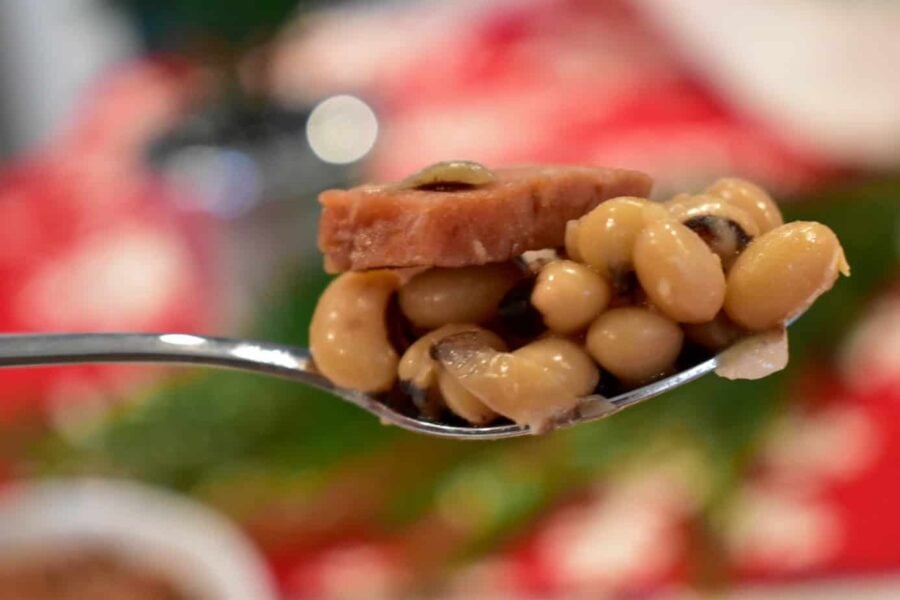 This year I made the Christmas ham and thought…oh no!  We aren’t going to have black eyed peas!  🙁 Problem solved.  I asked my mom for her recipe and decided to make it the quick and easy version by putting it in the pressure cooker! 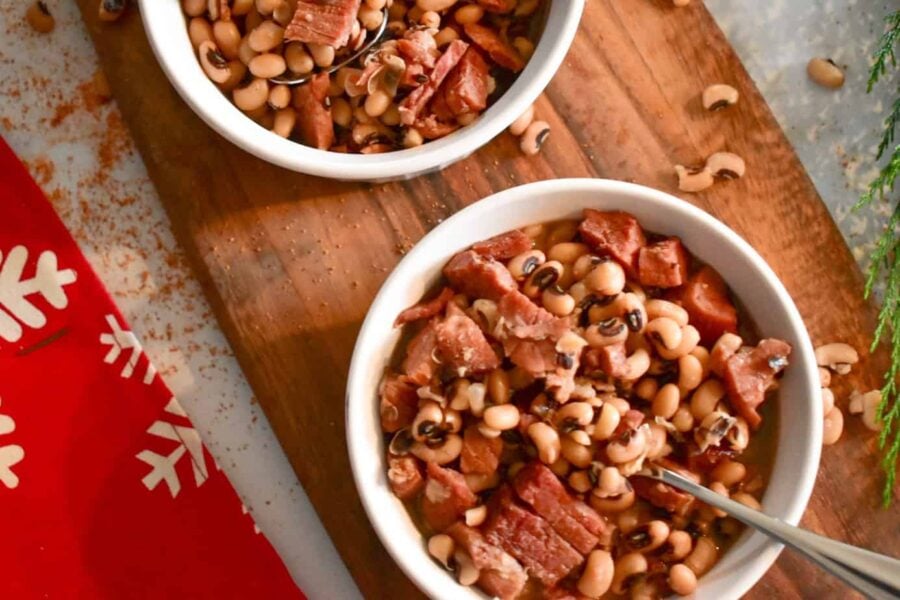 The good news is the black eyed peas with ham turned out AMAZING!  They were so flavorful and tender.  The bad news is that I think I will now have the responsibility of making them every year! 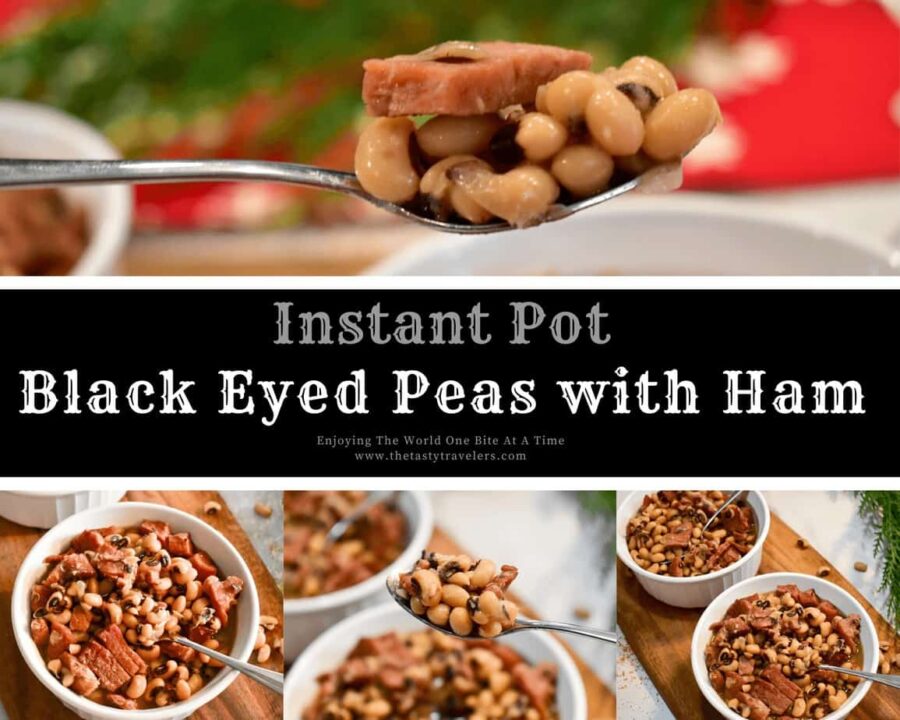 2.Ham and Tony Chachere’s are both rather salty.  If you like a little extra spice without the extra salt, try using Tony Chachere’s no salt version and adding as much salt as you would like.

3.If you don’t have any broth on hand, you can use water.  The black eyed peas will cook the same, but they will not be quite as flavorful.

4.If you are using a holiday ham, you can put the bone in with the black eyed peas as well.  This addition will add even more flavor. 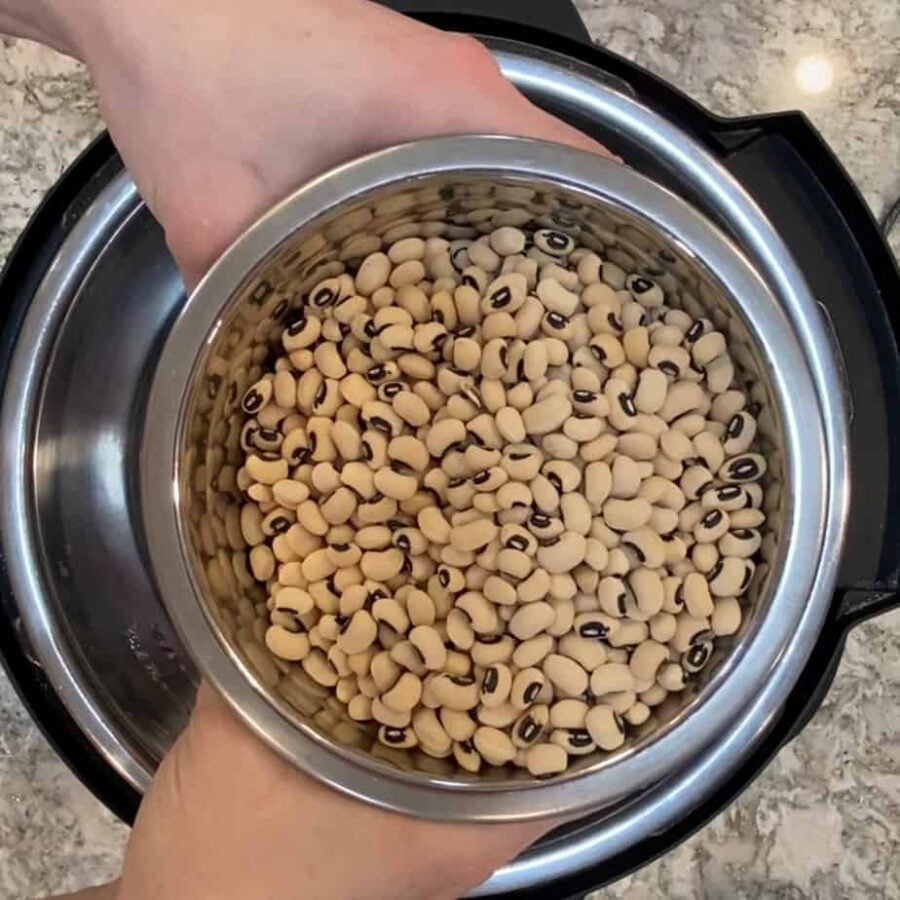 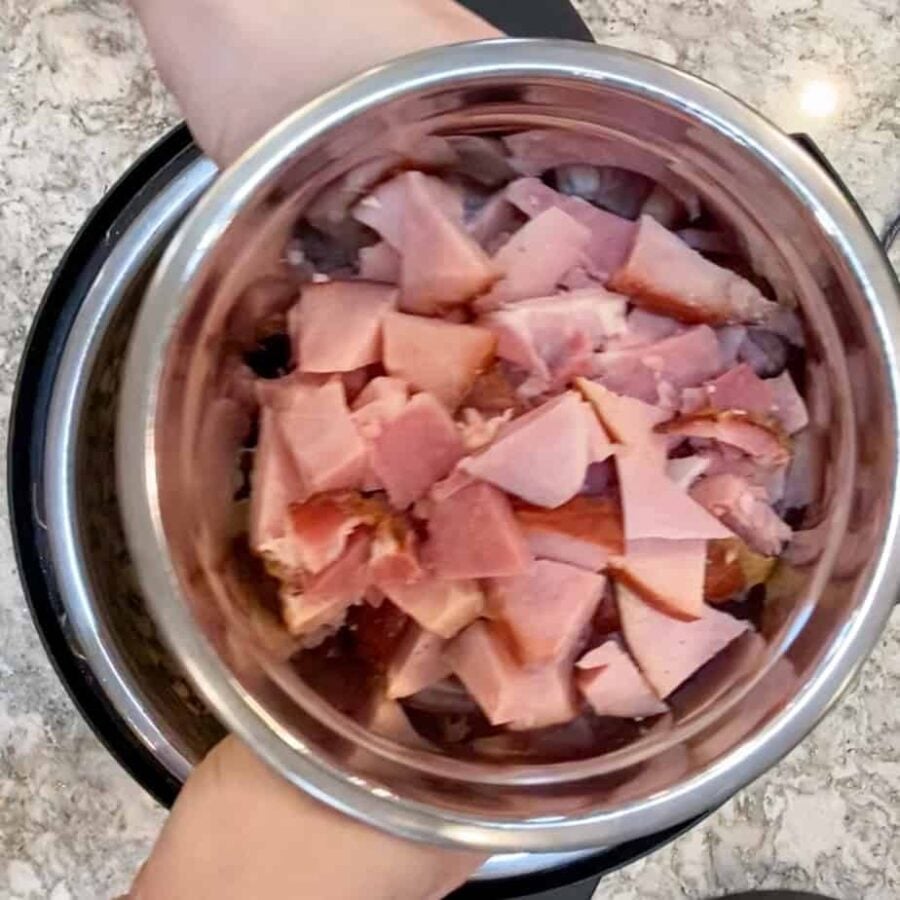 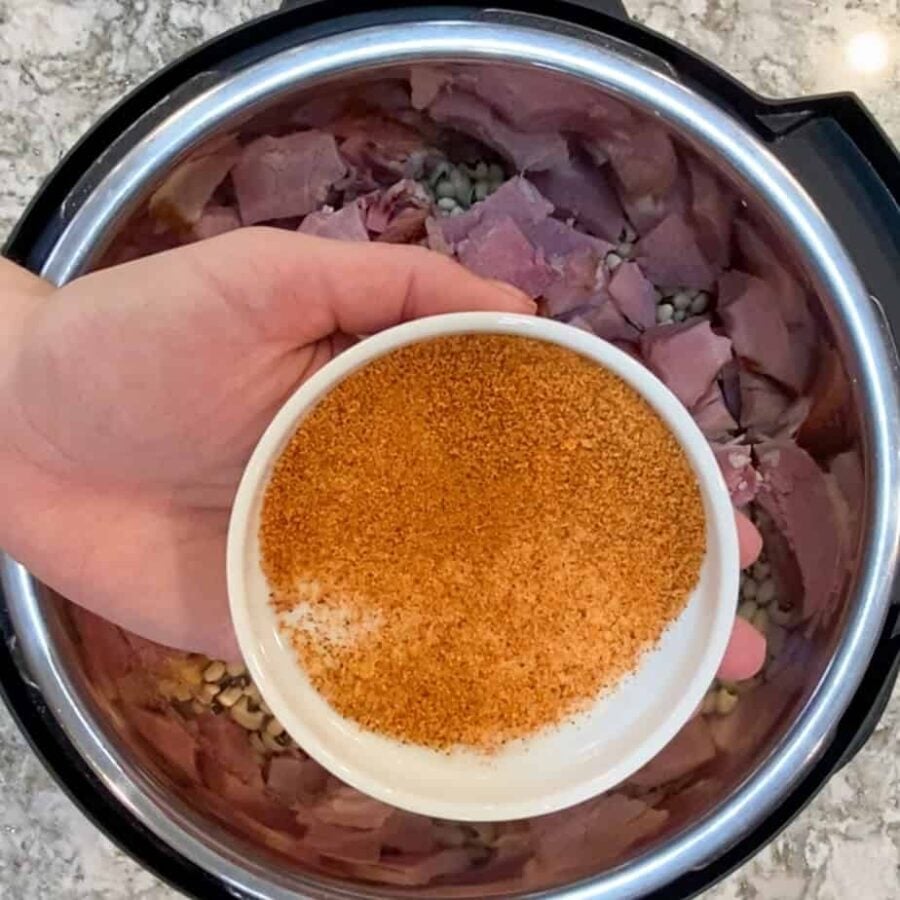 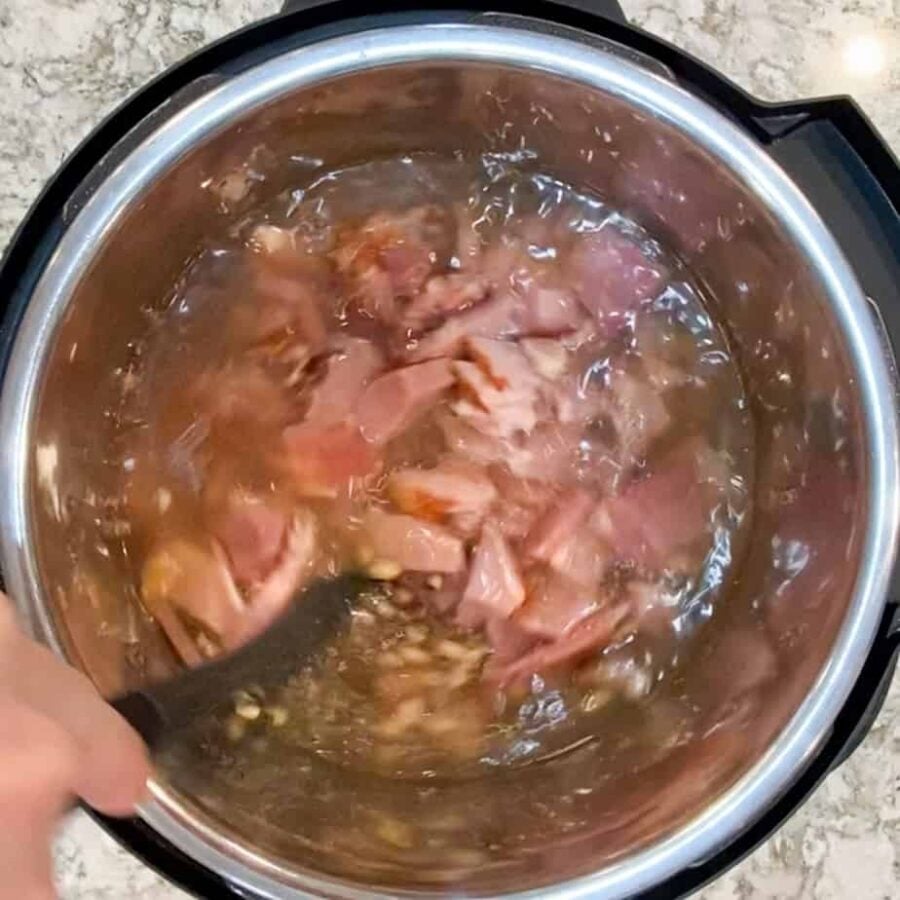 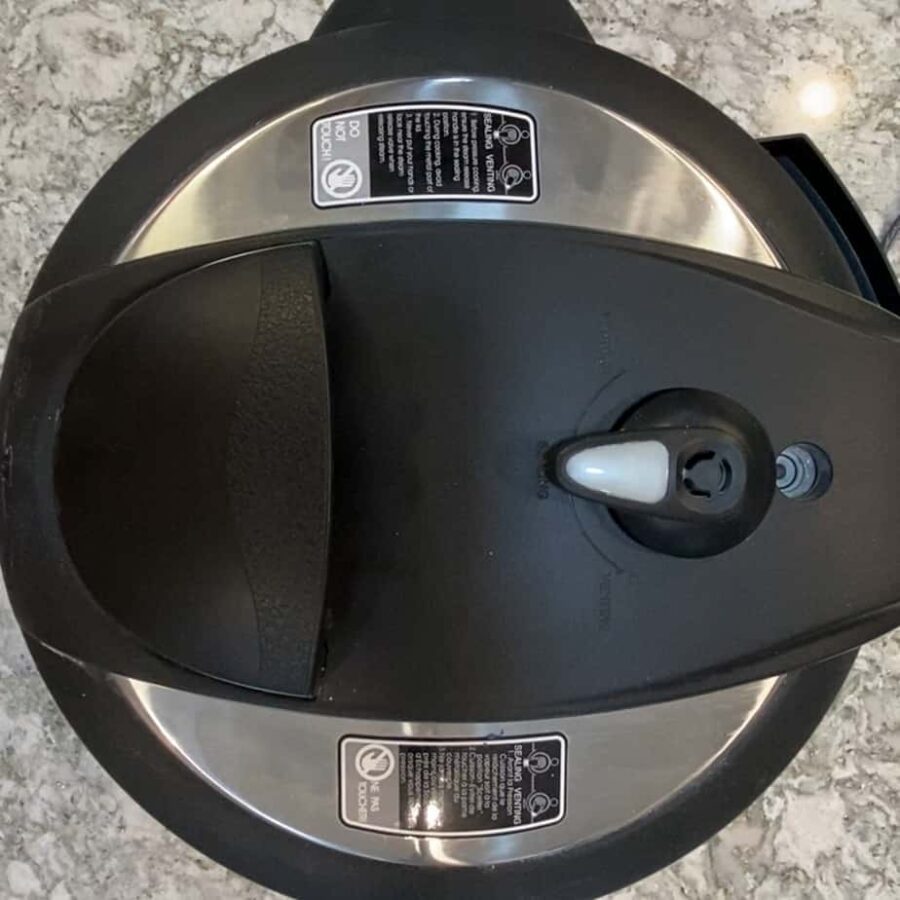 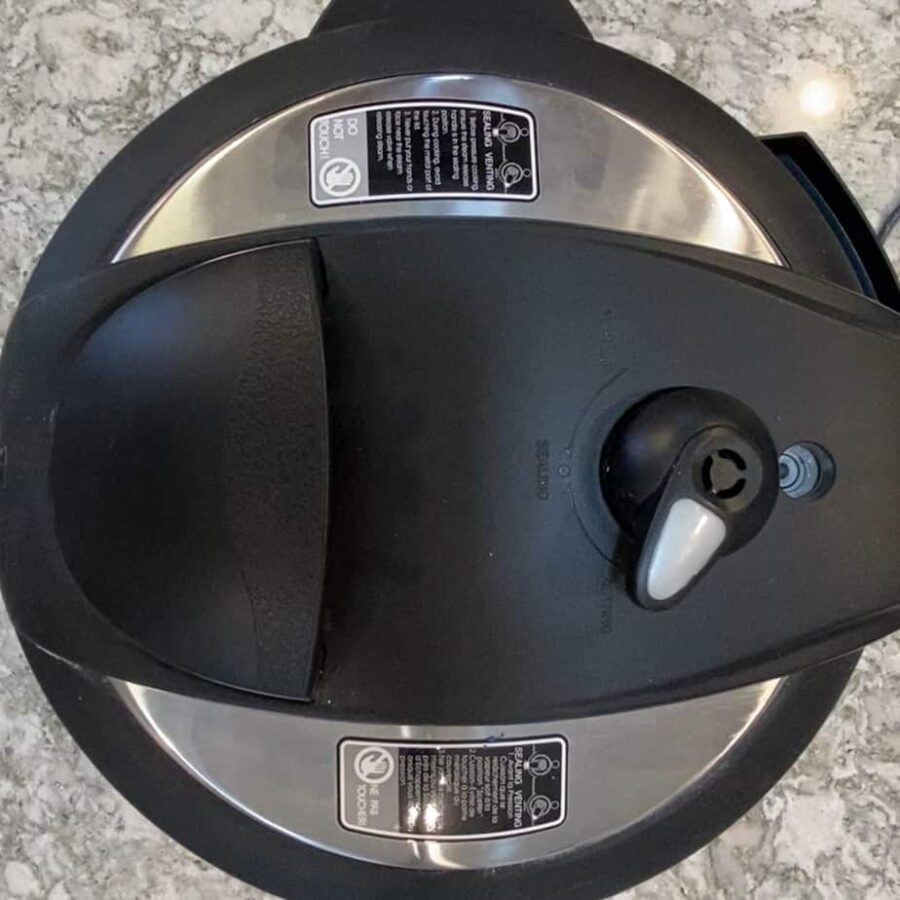 How to make Instant Pot Black Eyed Peas with Ham:

1.Pour all ingredients into Instant Pot and stir.

3.Pressure cook on high for 30 minutes.

4.When timer beeps, naturally release pressure for 10 minutes.  Do so by doing nothing!  🙂 . Just leave your pot on and allow timer to count up to 10 minutes.

5.Once the Instant Pot has naturally released for 10 minutes, move valve to “release” position and quick release remaining pressure.

6.Open Instant Pot lid and stir.  The black eyed peas and ham will continue to thicken as it cools and some of the liquid continues to evaporate. 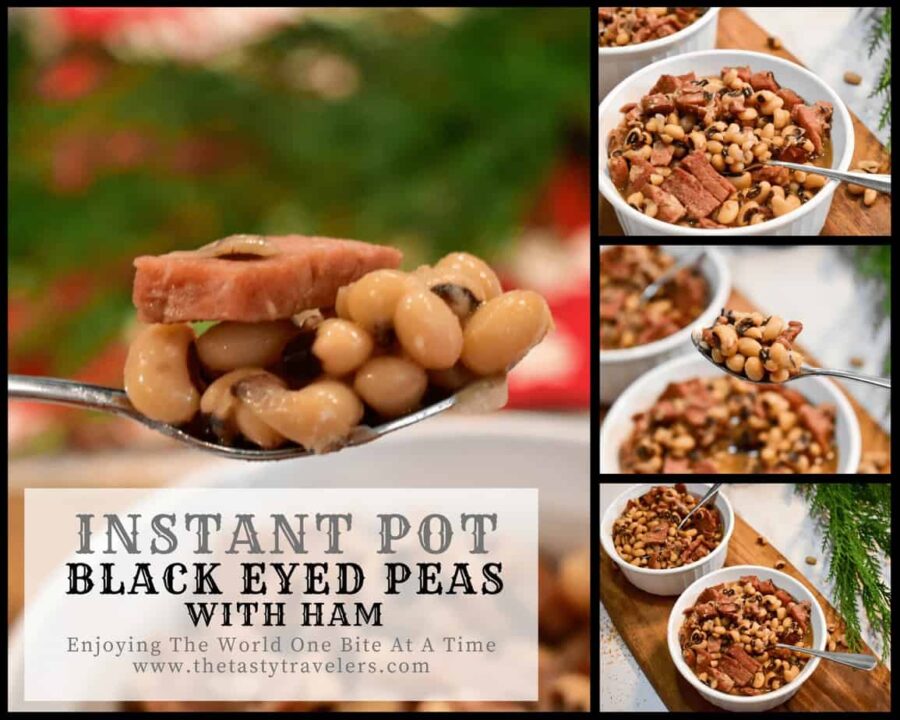 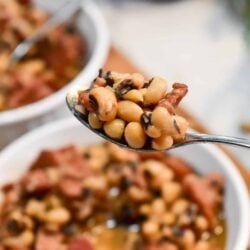