My absolute favorite type of frozen dessert is gelato! I've had the real deal, Italian gelato in Italy and there is nothing like it. It's creamy, so rich, and so incredibly flavorful. It just can't be beat!

Traditionally, gelato is made with eggs in the recipe. Since this recipe is for VEGAN gelato, there are no eggs. You're probably asking yourself how the heck did we make gelato with no eggs? Well, it started off a bit tricky but I finally came across a really great post on Food Nouveau that broke down the recipe for making VEGAN gelato. I modified the base recipe to make it peanut butter flavored.

The results were amazing! The texture came out super-rich and creamy and the flavor intense! 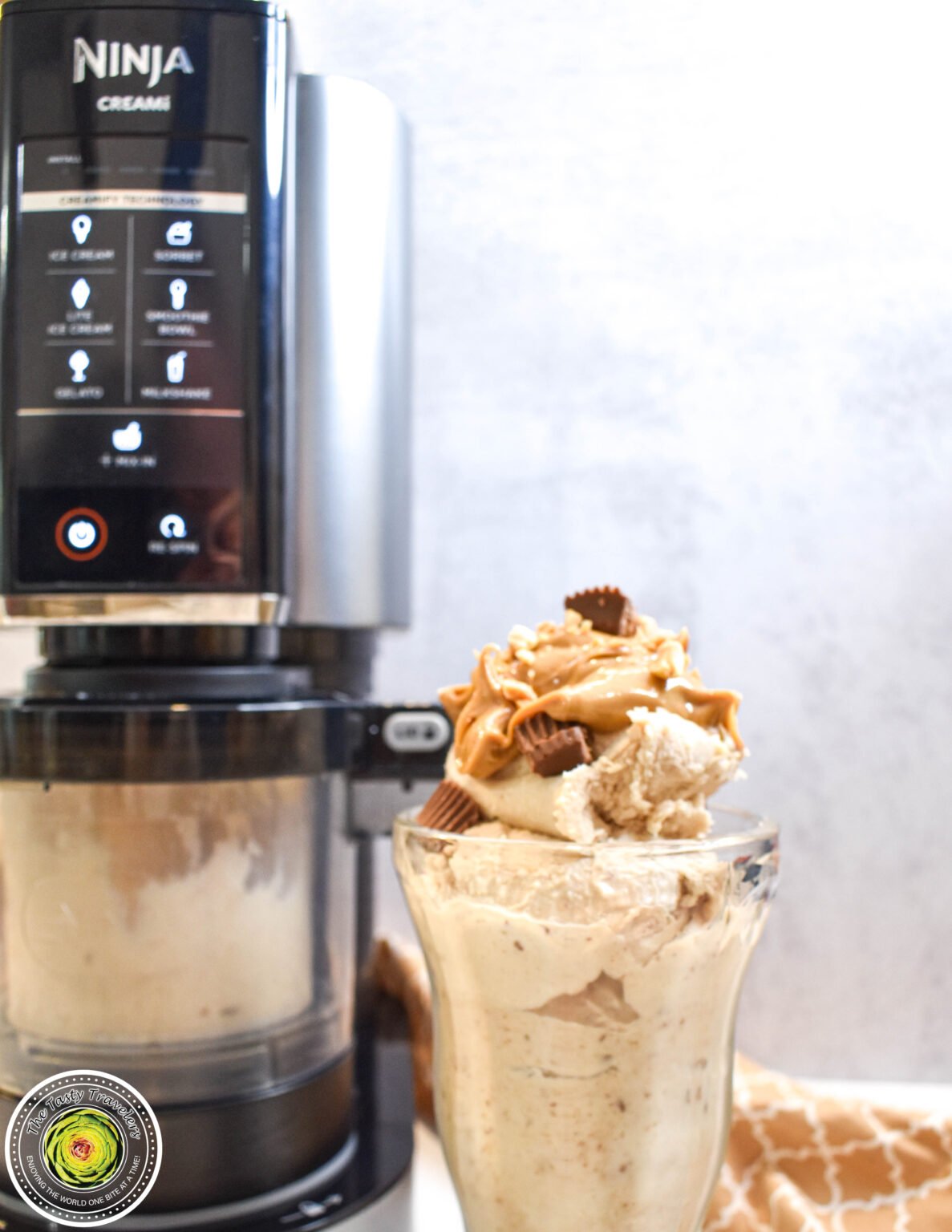 You sure can! But…you will need to use 2 pint containers instead of one. You always want to make sure that the pint containers are only filled up to the max fill line and not any more than that. In order for the gelato to turn out creamy, it needs to be mixed by the machine after freezing. If you overfill the pint, the machine is going to have a hard time mixing it and the result will not be as expected. It’s ok if you go over the max fill line a little bit when adding in the mix-ins after the gelato has already gone through the gelato function.

It depends. If you are keeping the gelato in the Ninja pint container with the lid sealed tightly and are freezing it in a cold freezer (between 9 degrees F and -7 degrees F), your gelato will keep for several weeks, even months. However, if you transfer your gelato to another container or freeze it in a freezer that is not quite as cold (or that is accessed a lot/door opened and closed often), the lifetime of your gelato will decrease greatly to just a few days and you will likely end up with freezer-burned gelato.

Is this recipe for real gelato?

Technically, no. Gelato is traditionally made with eggs. Since this is a vegan recipe, there are no eggs. To add extra creaminess, cornstarch has been added and the base mixture is boiled before freezing. These modifications make the consistency like that of gelato.

Can I use other nut butters in this recipe?

Yes. There are a ton of nut butters available at every grocery store now. Feel free to use almond, cashew, walnut or any other type of butter that you would like. Try chunky butters! The extra texture added by the chunks of nuts is awesome! 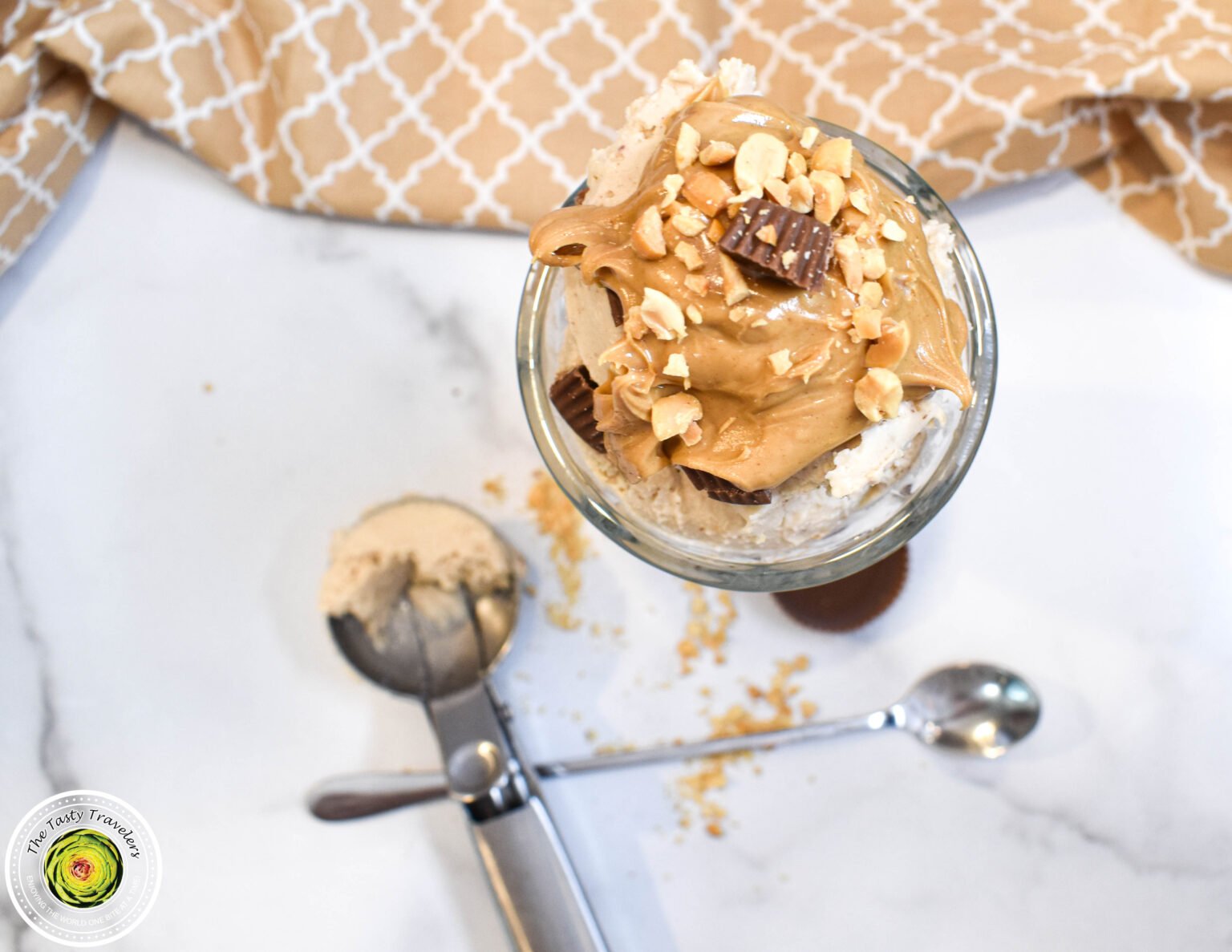 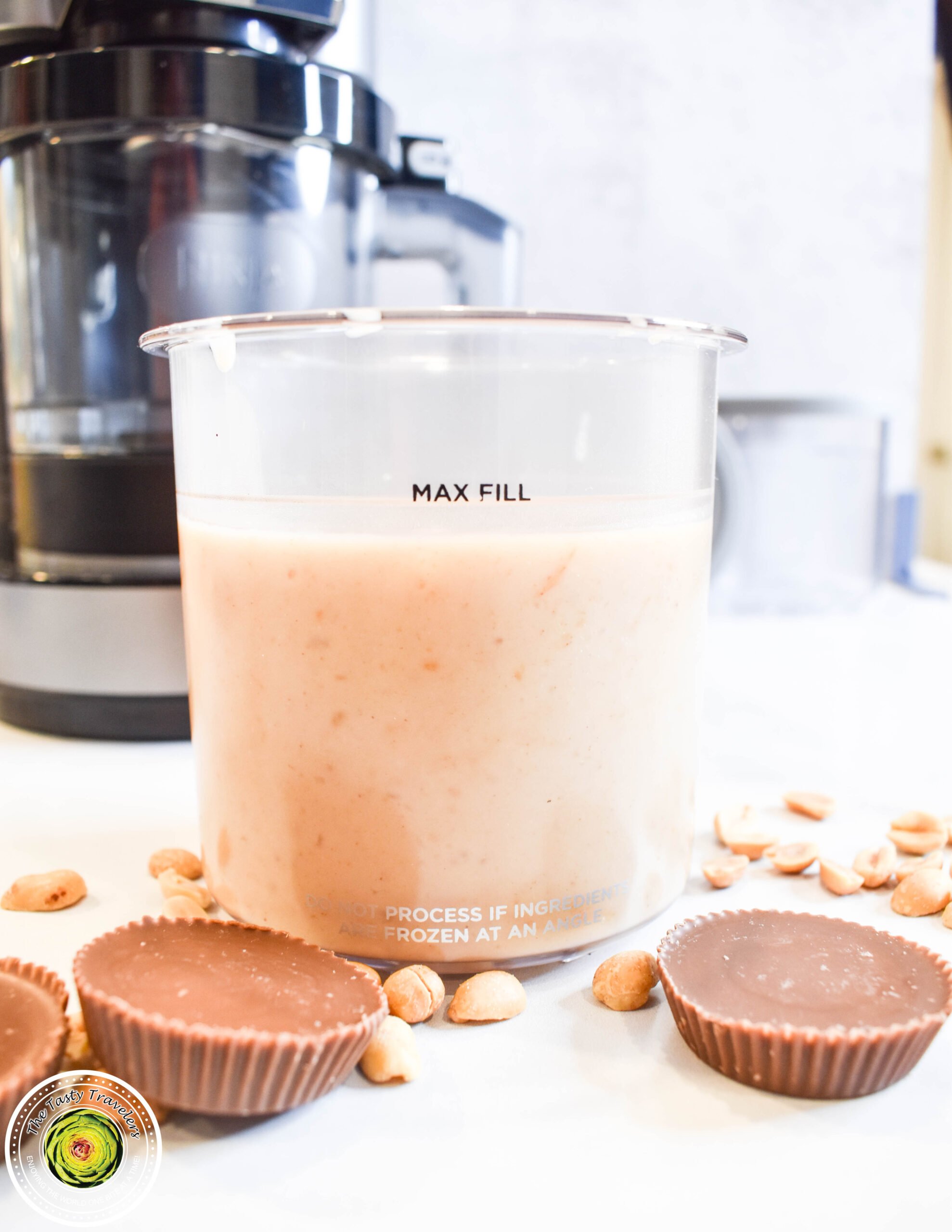 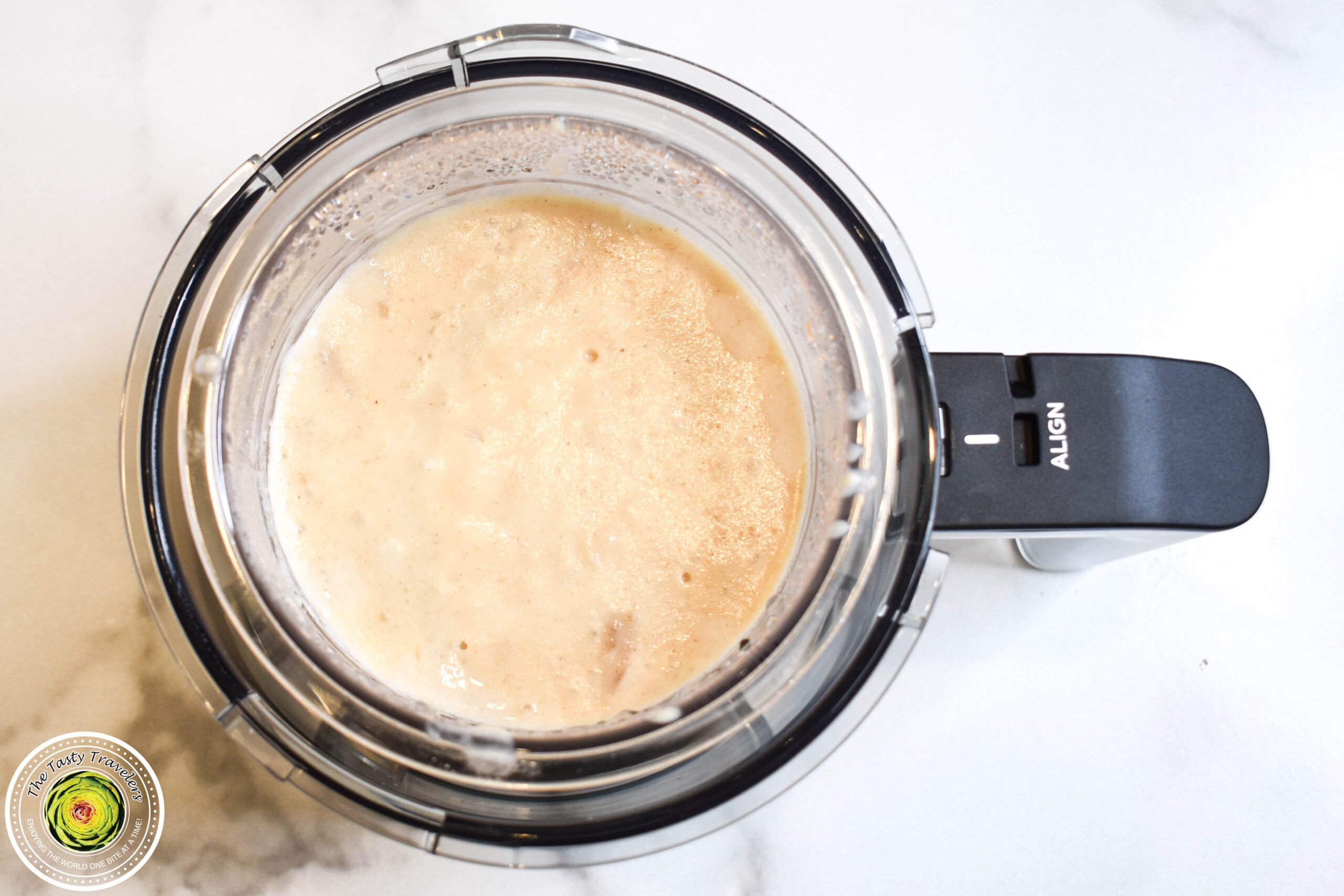 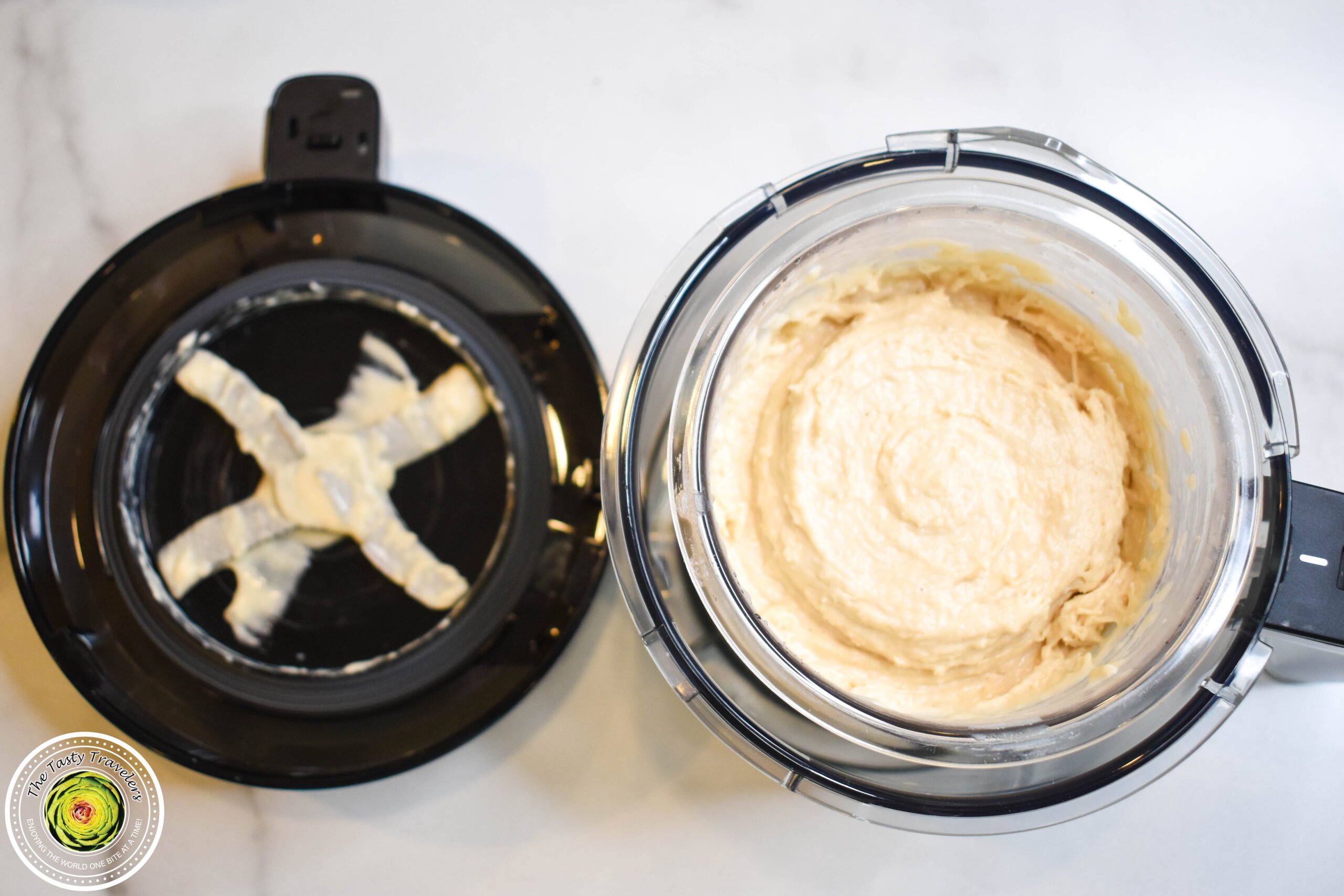 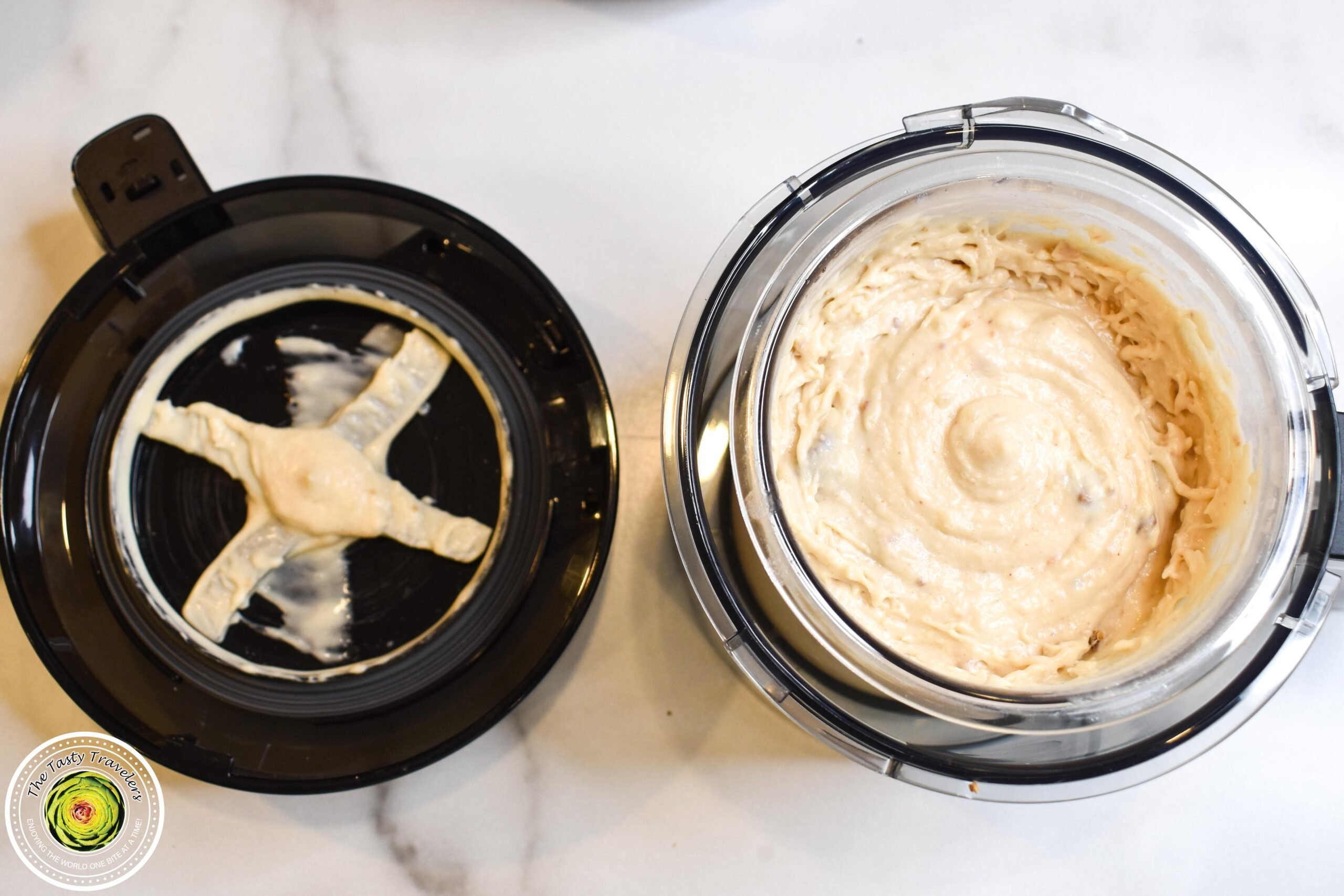 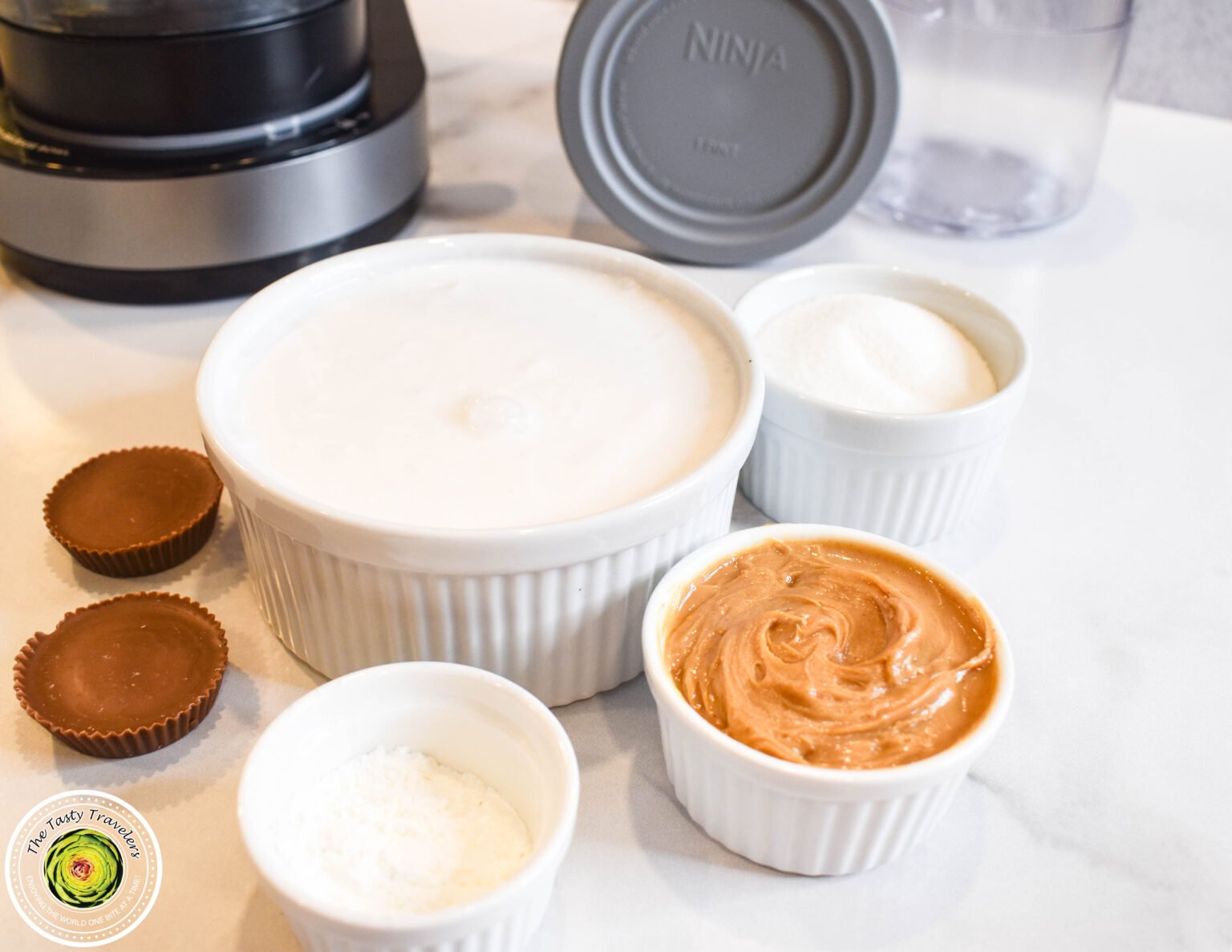 Unsweetened Full-Fat Coconut Milk (Canned)-If you prefer you can use almond milk, cashew milk, or any of your favorite dairy-free milk options. I particularly like to use canned coconut milk because it is thick and creamy and adds a great texture to the gelato.

Sugar- There is not a lot of sugar in this recipe so I would not recommend eliminating it completely. The sugar is needed to add sweetness and also to create a creamy gelato texture. It is not recommended to use a sugar substitute for this recipe.

Cornstarch- No substitutions
Peanut Butter- Feel free to use your favorite nut butter. Walnut, cashew, or almond butter would work great. You can even use crunchy nut butters!

Vegan Dark Chocolate Peanut Butter Cups (Cut into 8ths)- I used UNREAL peanut butter cups in dark chocolate because they are vegan. You can use any vegan candies that you would like, just be sure to cut them up into small pieces so that they mix into the gelato nicely.

Peanuts (chopped)-Any nut can be used instead of peanuts. Chop them into small pieces so that they mix in well. 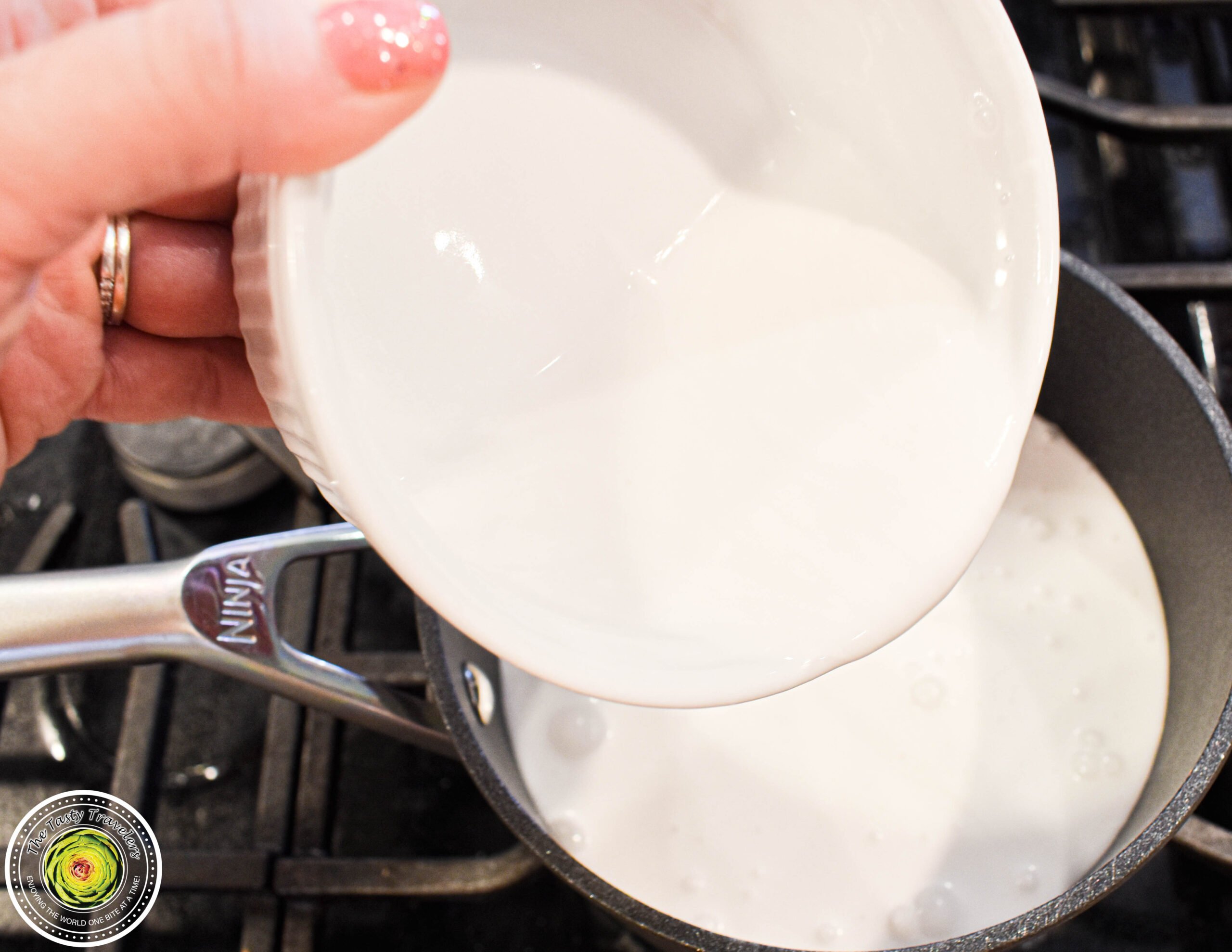 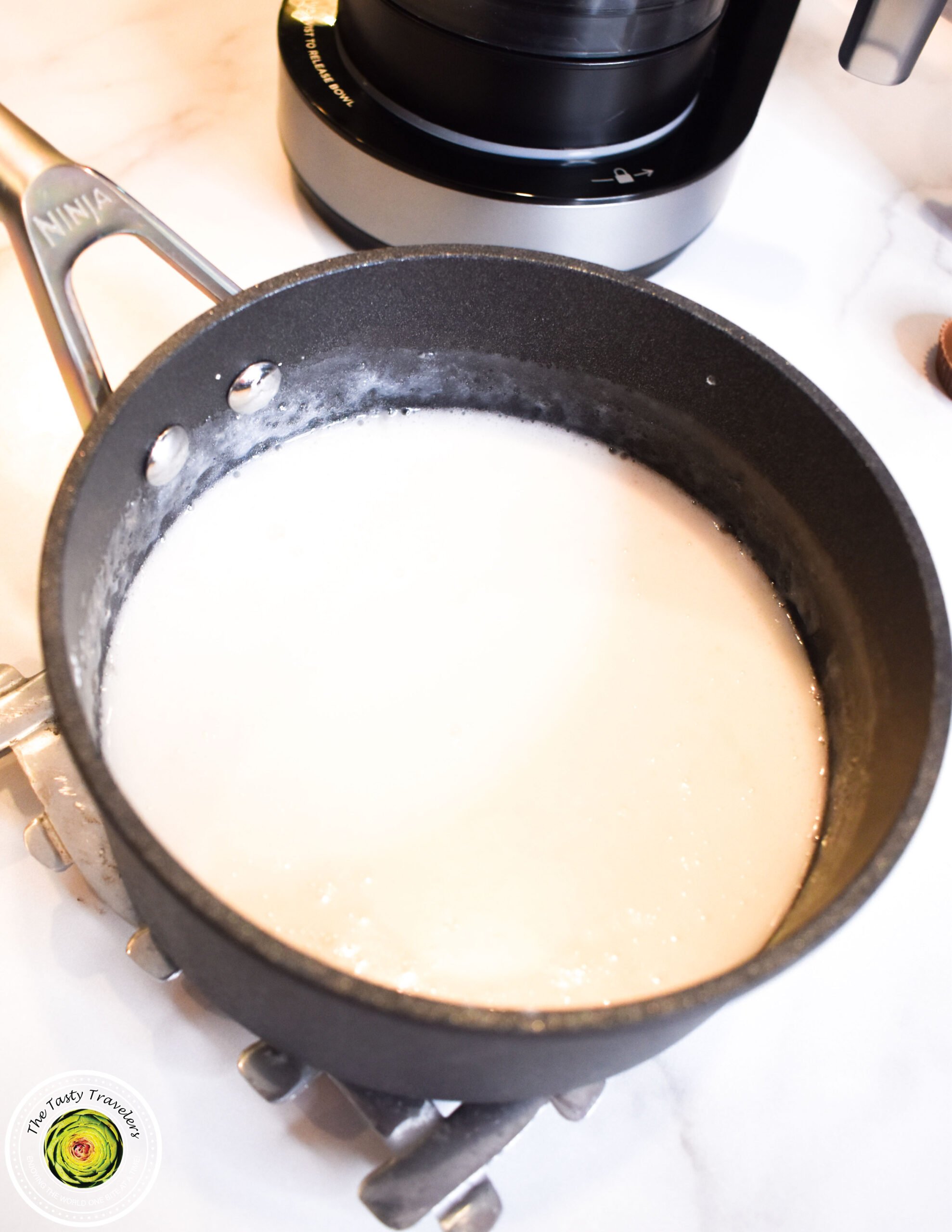 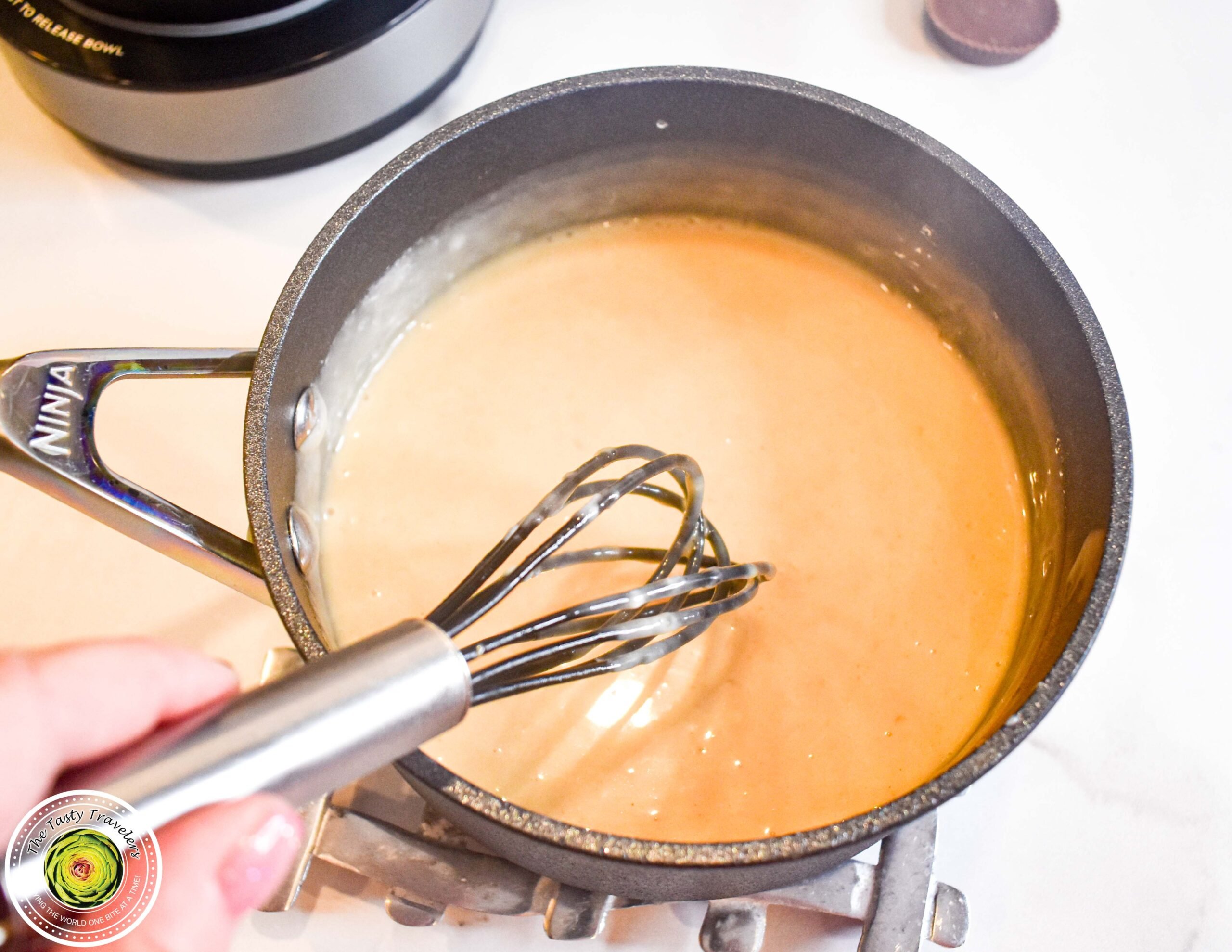 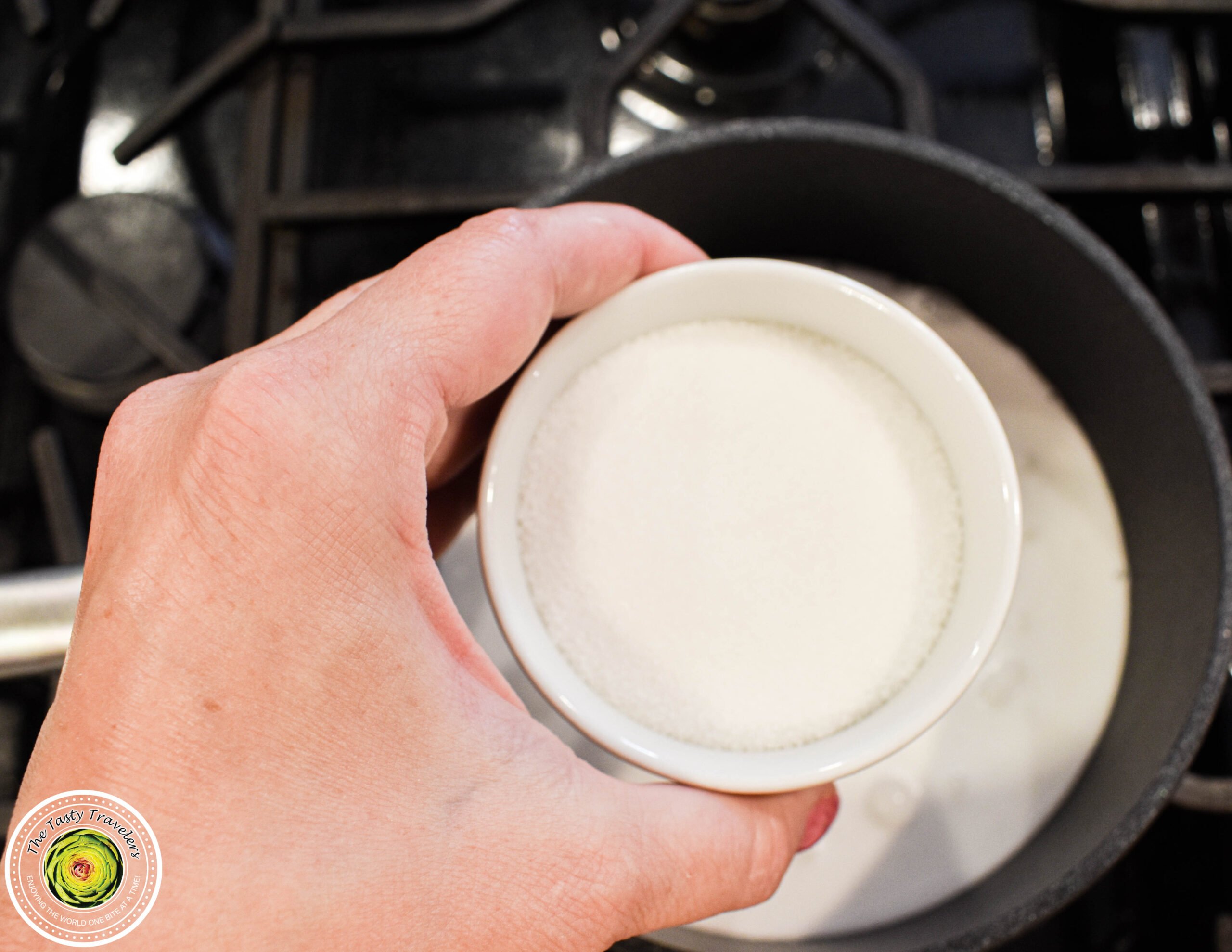 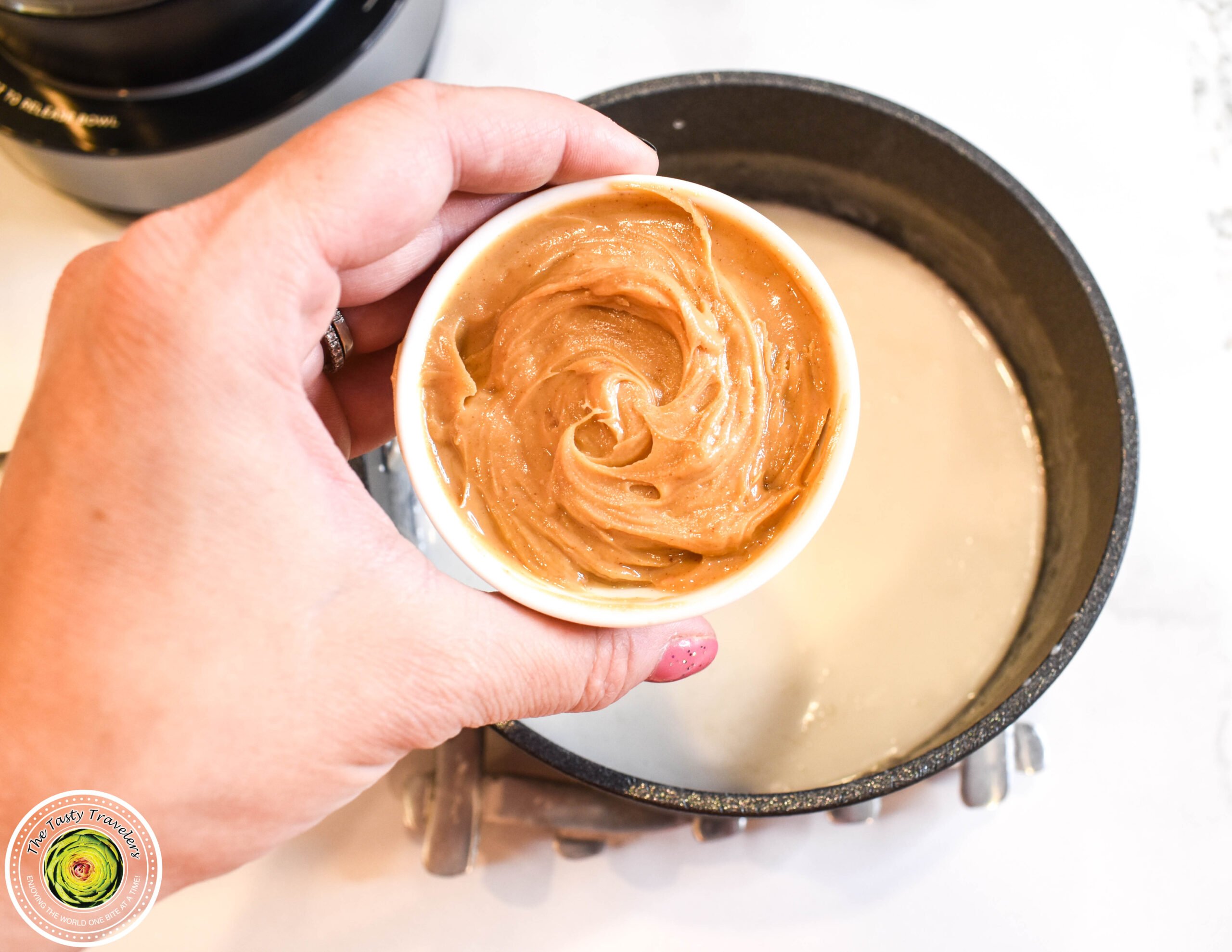 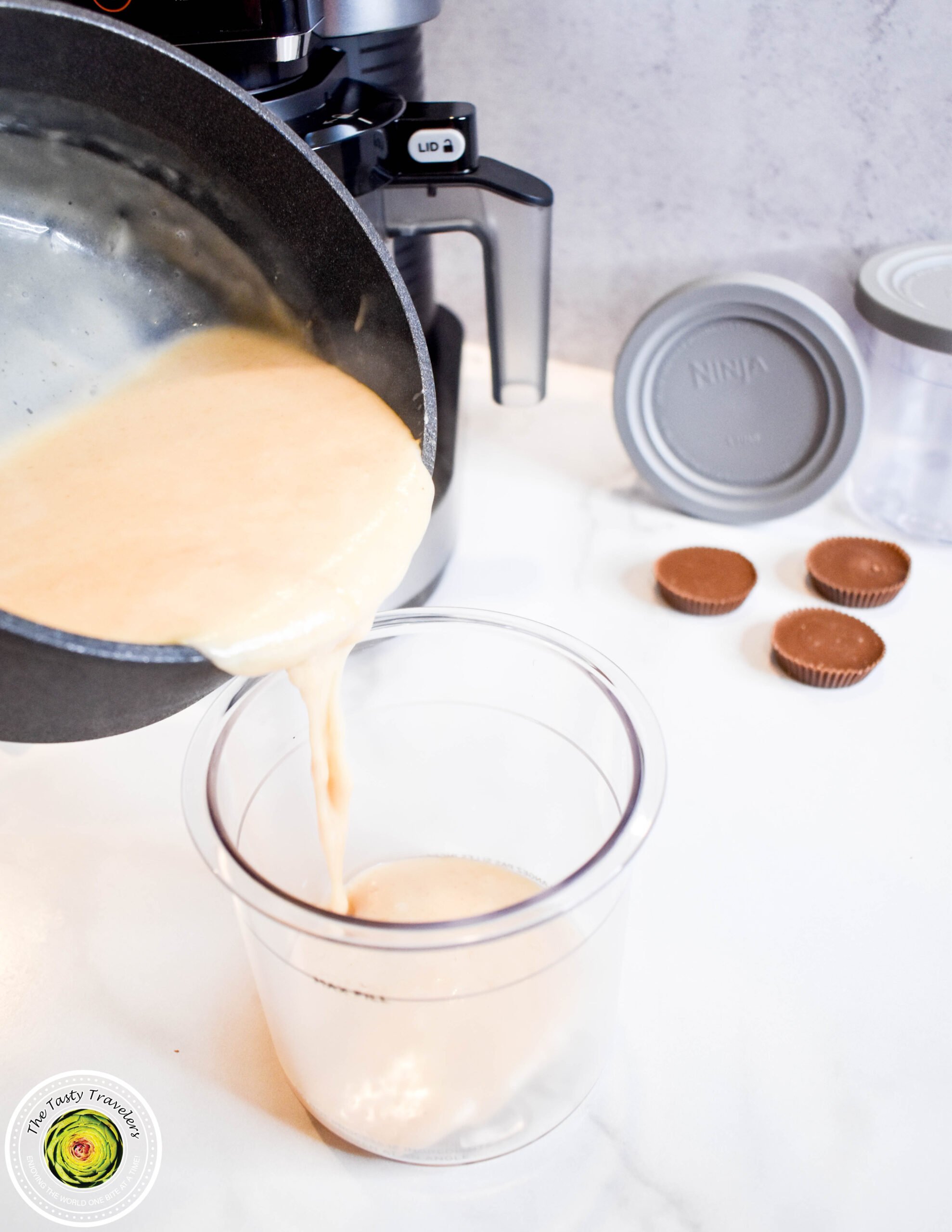 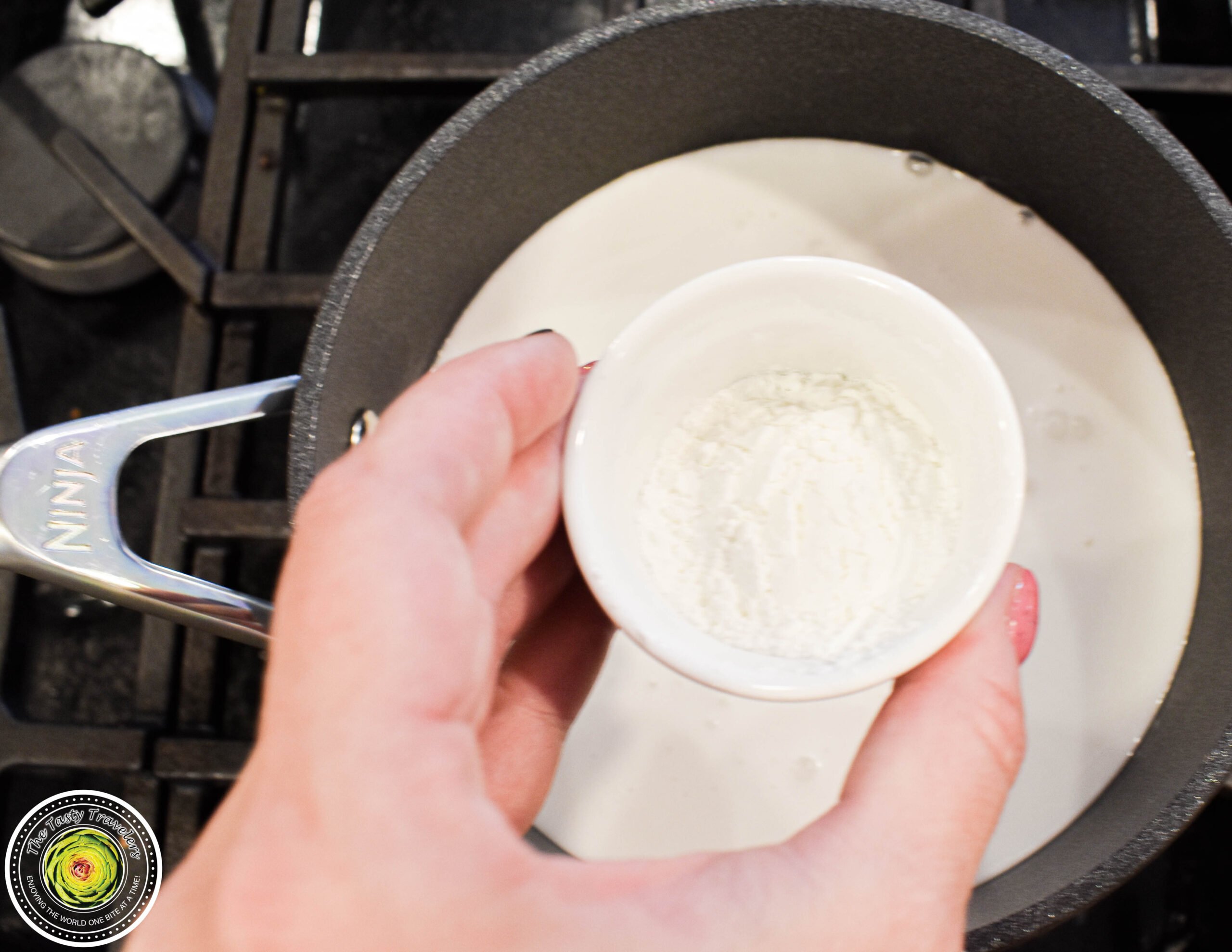 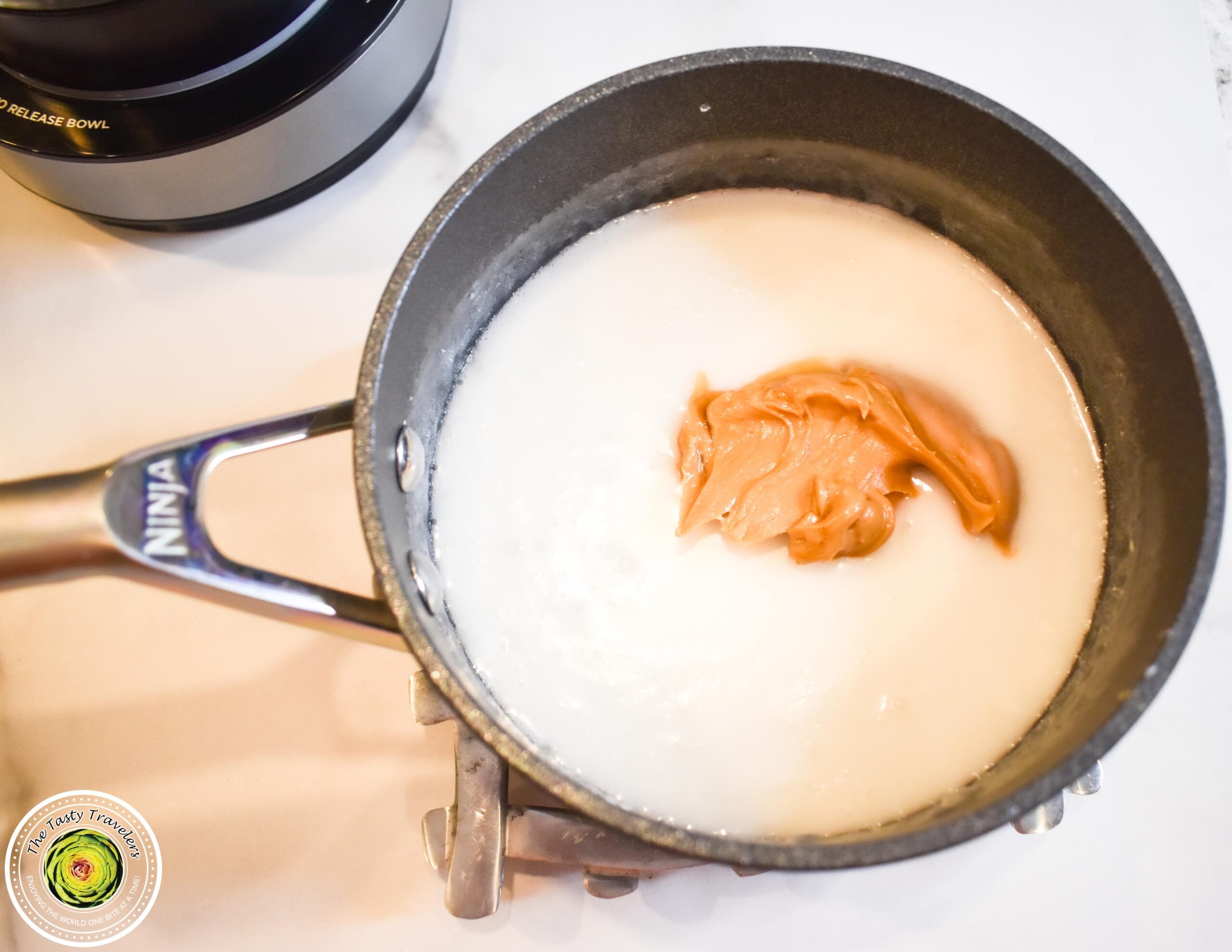 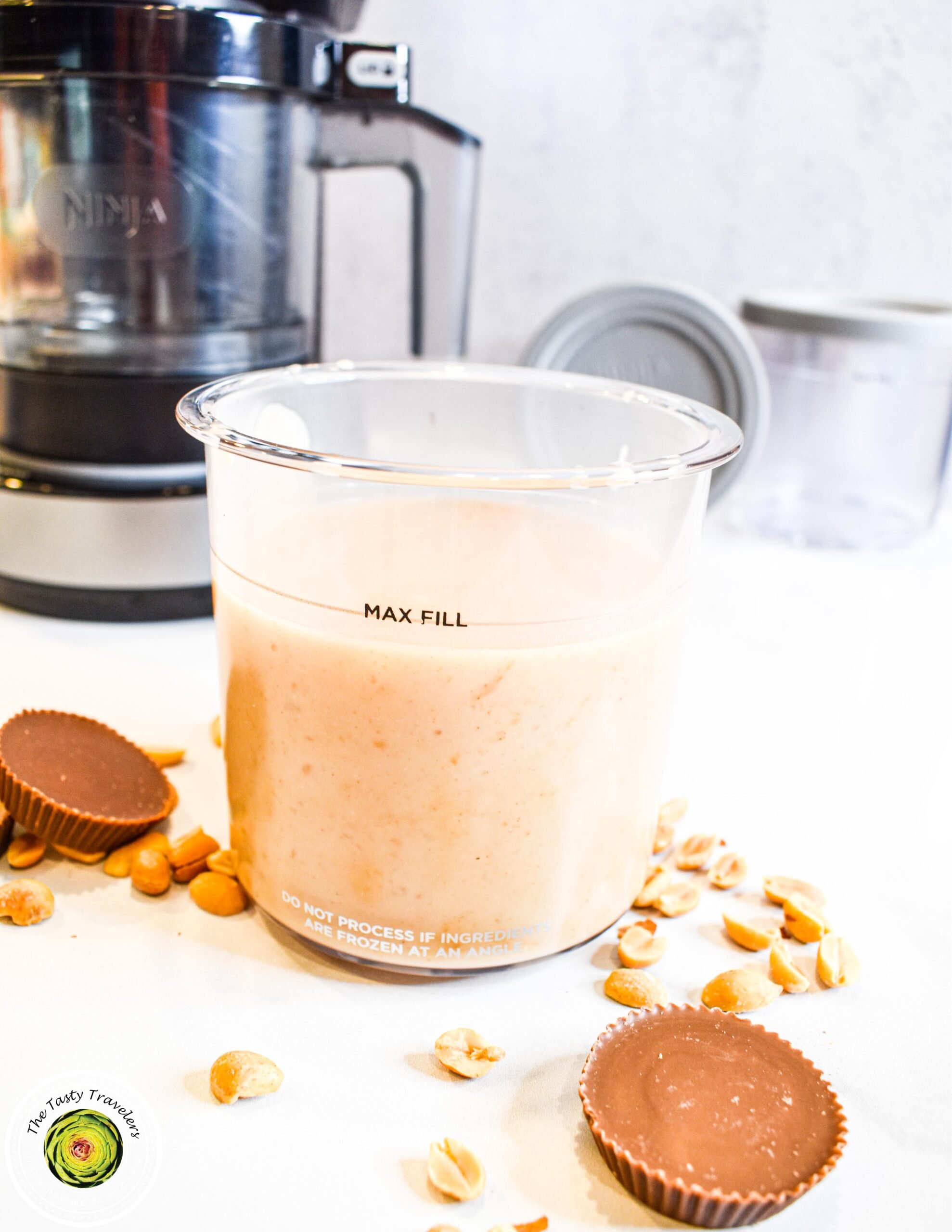 2. Remove from the heat and whisk in the peanut butter.

3. Pour into an empty Ninja Creami pint container and freeze for 24 hours.

4. After 24 hours, remove the pint from the freezer. Remove the lid.

6. Once the gelato function has ended, turn the outer bowl and release it from the Ninja Creami machine.

7. Using a spoon, create a hole through the center of the gelato that goes from top to bottom. This hole is where you will add the mix-ins. Add in the dark chocolate peanut butter cups and chopped peanuts. Be sure to cut the peanut butter cups into small pieces. These mix-ins will not get broken into smaller pieces during the mix-in function so you want to make sure they are in pretty small pieces.

8. Place the outer bowl with the pint back into the Ninja Creami machine and lock it into place. Choose the MIX-IN function.

9. Once the Ninja Creami completes the MIX-IN cycle, remove the outer bowl from the machine. 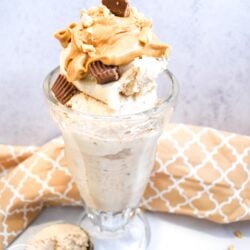 4.67 from 6 votes
Rate this Recipe Print Recipe Pin Recipe Save to Slickstream Favorites Saved!
Prep Time: 10 minutes
Freeze Time: 1 day
Total Time: 1 day 10 minutes
Servings: 1 Pint
Calories: 1613kcal
Join our Facebook GroupCheck out The Ninja Foodi Community!
Submit Your Recipe!Do you have your own great recipe that you would like to see on The Tasty Travelers? Submit Your Recipe!!