Check out our recipe for Ninja Foodi Corn Pudding!  It's super quick and easy!

Cornbread goes with just about anything! It's great served alongside a hot bowl of chili or as a side dish with dinner. But...did you know that you can make your cornbread even better? Well, you can!

If you've never had corn pudding or cornbread casserole as some call it, then you're missing out!! Corn pudding is cornbread....but better! With the addition of corn, creamed corn, and cheese, you can very easily kick your cornbread up a couple of notches!! 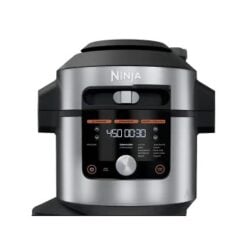 This recipe takes a packaged dry cornbread mix and adds extra texture, moisture, and creaminess to make the best cornbread side dish ever!

I made this corn pudding in a springform pan using the pot-in-pot method so that it could be cut and served at the table. If you need to feed a larger group and need extra cornbread, you can double the recipe and stack 2 springform pans on top of each other. See tips below for adjusting the cook times. If you would prefer to serve your corn pudding in the baking dish, you can use a 7-inch cake pan instead of the springform pan. 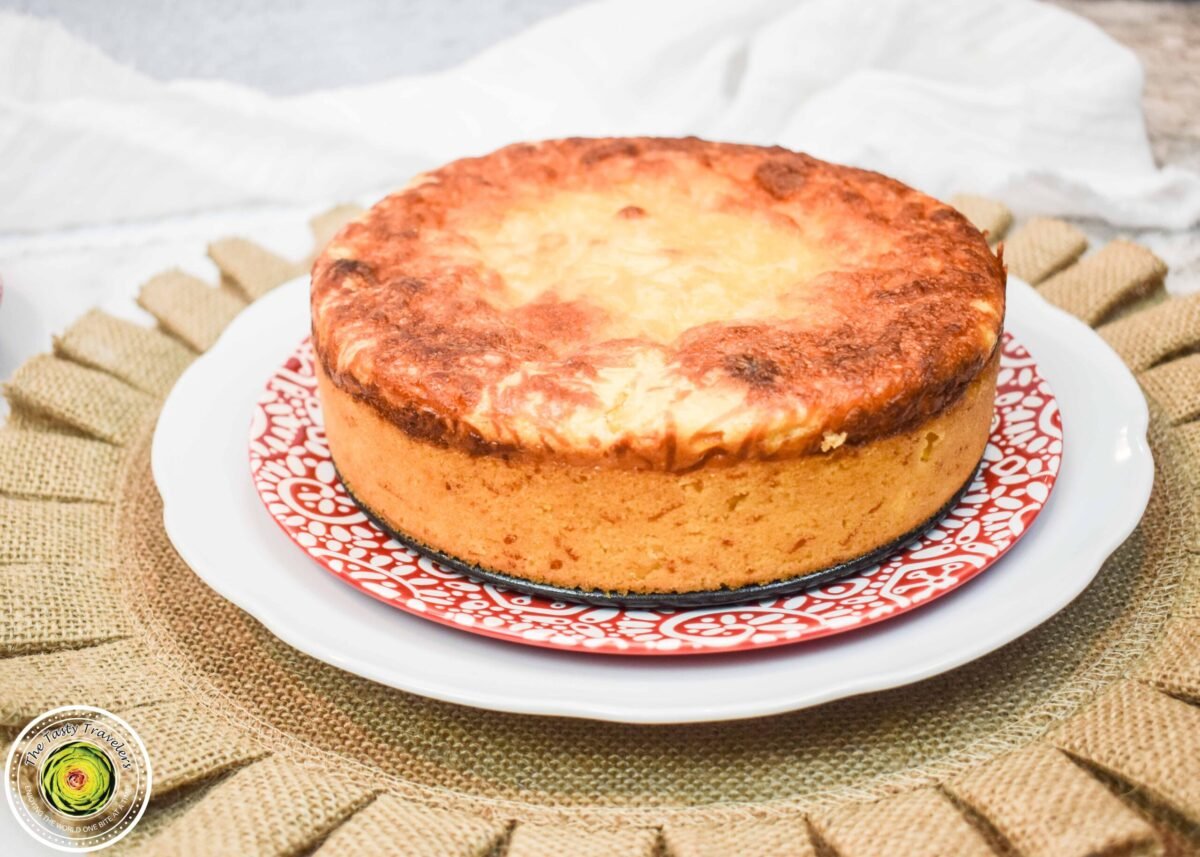 What is corn pudding?

Corn pudding is like cornbread but it has bigger kernels of corn, added moisture, and is creamier in texture. It's somewhere in between cornbread and scalloped corn.

Can corn pudding be served cold?

Yes, you can serve corn pudding cold or warm. I like mine warm because the heat helps to keep the consistency of the corn pudding nice and creamy. If you make the corn pudding ahead of time, just put it in the oven on bake at 350 degrees Fahrenheit for about 15 minutes or until heated throughout. The top will turn a nice golden brown too.

No. It absolutely is not pudding. Corn pudding is a creamier version of cornbread but it still keeps its shape as cornbread does. The flavor and texture are creamy but still bread-like.

Yes! You can double this recipe. Double all ingredients and pour half of the batter into each of the 2 7-inch springform pans to double the recipe. Cover each springform pan with foil and gently stack on top of each other in the Ninja Foodi liner pot. Based on the pans that are using, you may need to offset the pans just a little bit so that the top pan does not sink into the bottom pan. Instead of pressure cooking for 50 minutes, pressure cook for 60 minutes and natural release the pressure for 10 minutes.

What if I have too much batter? 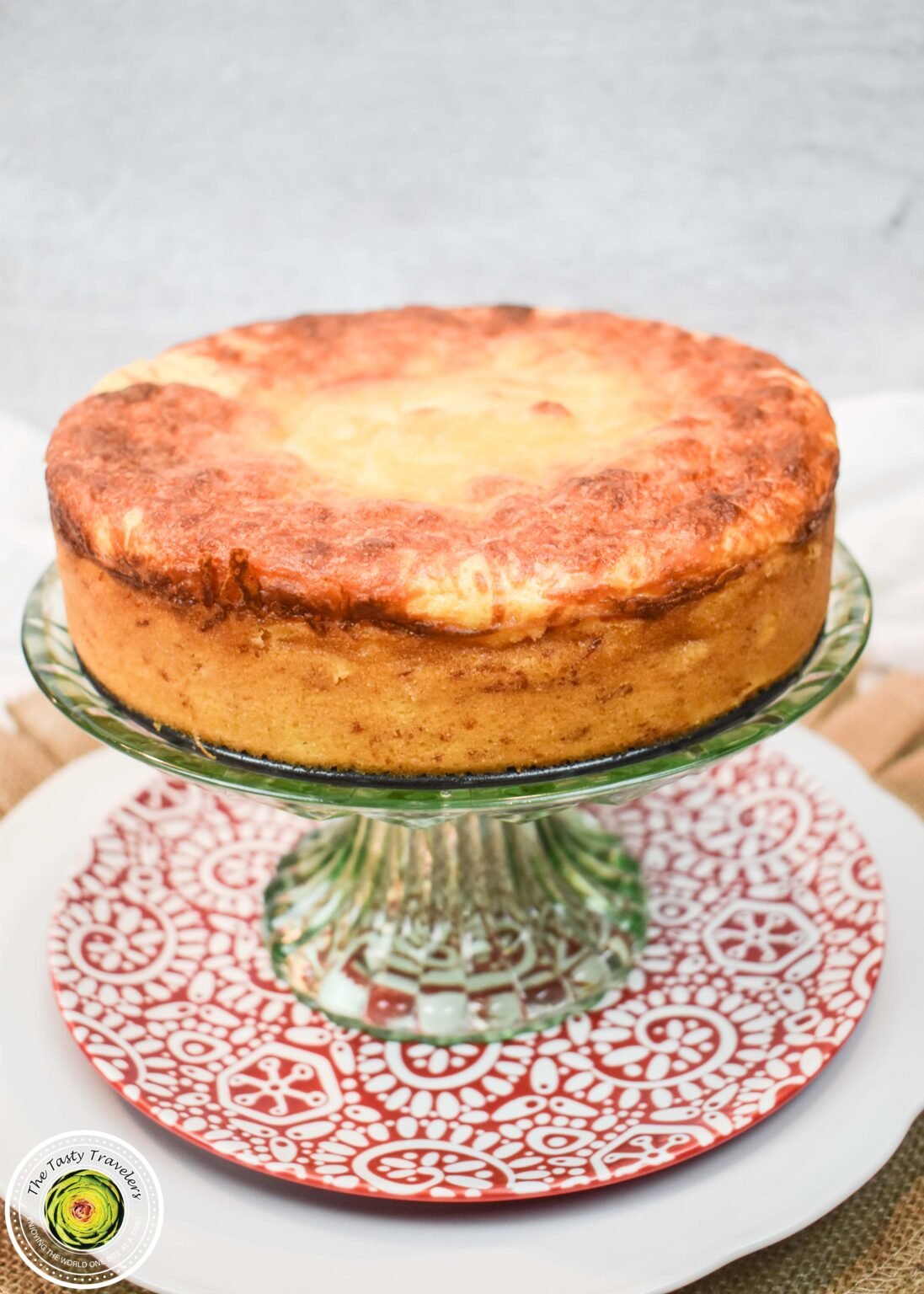 The full ingredient list can be found below in the recipe card.

Cream Cheese-Leave the cream cheese on the counter until it is room temperature, before making this recipe. Any fat content cream cheese can be used.

Milk-I used whole milk, but any milk can be used. If desired, you can use one cup of sour cream and 3 tablespoons of melted butter instead of the milk.

Salt- Can be committed if desired.

Corn- Canned corn is the best to use for this recipe. Make sure that you drain the corn of all of the liquid.

Cheddar Cheese- Finely shredded. You can use any shredded cheese that you would like. Pepper jack would be really good and would add a nice little spice to the recipe!

Honey- If you don't have honey, you can use molasses or maple syrup instead. But, I would highly recommend using the honey as it adds a really good flavor to the top of the corn pudding!

1. Combine the cream cheese, milk, and eggs in a large bowl.

5. Pour the batter into the greased pan until the pan is ¾ of the way full. (based on the size of the pan, the size of the eggs, and the moisture in the corn, you may have a little extra batter.) Cover the entire pan with foil. Be sure to cover the top, bottom, and sides.

6. Pour 2 cups of water into the Ninja Foodi main pot. DO NOT POUR WATER IN WITHOUT A LINER.

7. Using a silicone sling, place the springform pan into the Ninja Foodi.

8. Close the pressure cooking lid and move the valve to the seal position. Pressure cook on high for 50 minutes.

9. Once the timer beeps, natural release pressure for 10 minutes and then quick release remaining pressure.

***If you want to brown the top of your corn pudding, either put it in the oven at 350 degrees Fahrenheit or put it back into Ninja Foodi and use the broil function until the top has reached your desired color. 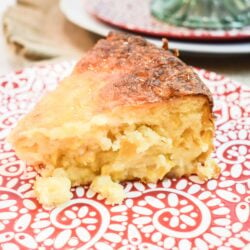 5 from 1 vote
Rate this Recipe Print Recipe Pin Recipe Save to Slickstream Favorites Saved!
Prep Time: 5 minutes
Cook Time: 50 minutes
Natural Release Pressure: 10 minutes
Total Time: 1 hour
Servings: 8
Calories: 428kcal
Join our Facebook GroupCheck out The Ninja Foodi Community!
Submit Your Recipe!Do you have your own great recipe that you would like to see on The Tasty Travelers? Submit Your Recipe!!

How to season a Blackstone Griddle