Canned cinnamon rolls are a staple at our house because they are quick and easy to make, everyone likes them, and you don't need 100 ingredients in order to make them. In just a matter of minutes (10-15 to be exact) you can have breakfast on the table!

I'll admit that I asked myself, "why are you making canned biscuits in the Ninja Foodi when they are so quick to make in the oven?" But, I did it anyway. The cinnamon rolls turn out just as they do in the regular oven, but there was no need to pre-heat the oven, the cooking time was faster and the big oven didn't heat up my whole kitchen. 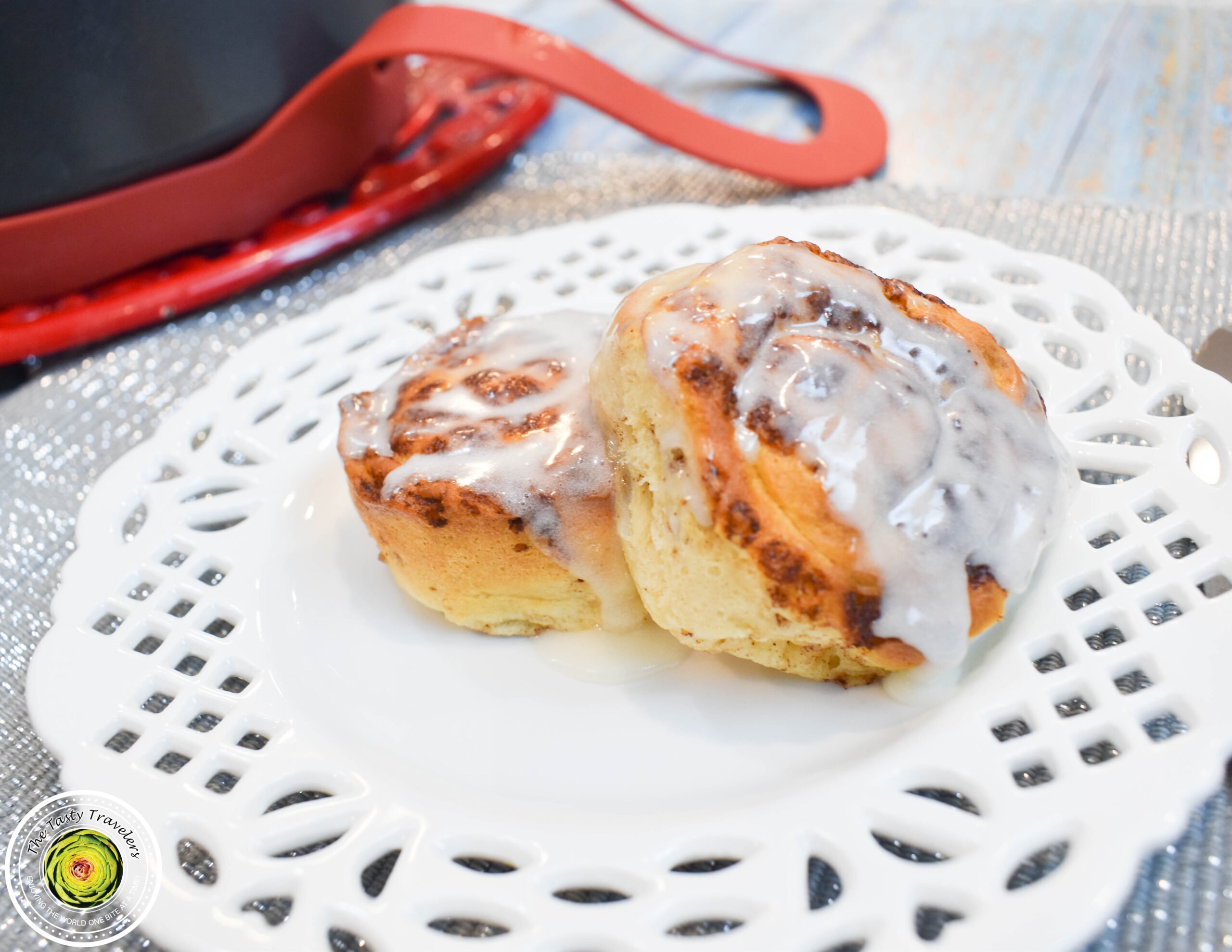 Can I just follow the instructions that are on the can of cinnamon rolls?

No. If you follow the instructions that are on the can, your cinnamon rolls will burn on the top and be raw on the bottom.

How do I adjust the cook time and temperature from what it says on the can?

A good rule of thumb when using the bake/roast function is to reduce the temperature by 25 degrees and keep the cooking time the same as it says on the package. I found this to be the case with the temperature but not the timing. Even with the reduced temperature, the canned cinnamon rolls cooked quicker than the recommended time on the package. So, I would recommend keeping an eye on your cinnamon rolls and checking them to see if they are finished cooking after about 10 minutes.

Can I use any pan to cook the cinnamon rolls?

You can use any pan that will fit into the Ninja Foodi main pot easily, with room for air to go around it. I used this Ninja pan and it fit PERFECTLY! It's like it was made for cinnamon rolls. The can of 8 biscuits fit perfectly and the pan fit perfectly into the main pot.

How do I get the pan with the cinnamon rolls in and out of the pot? 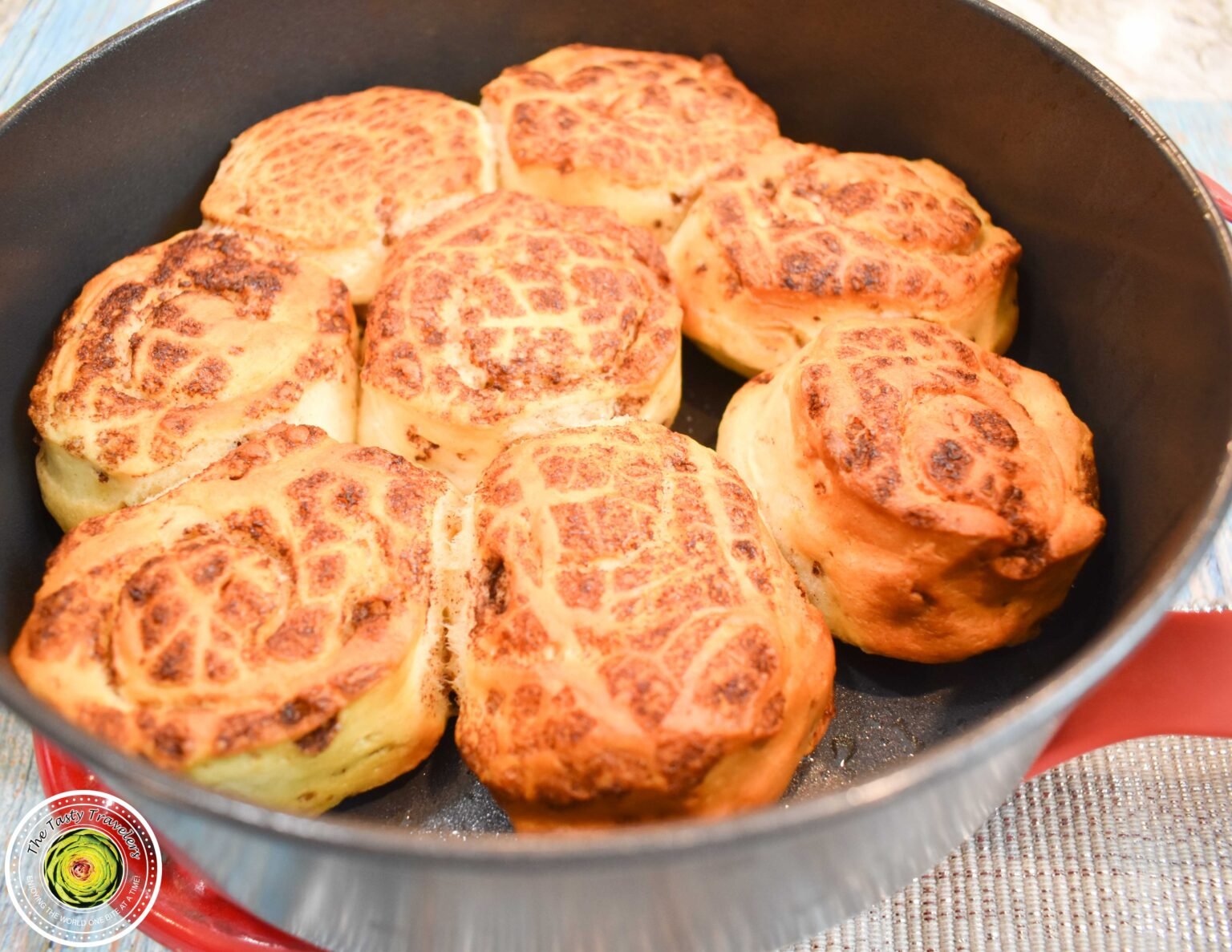 Canned cinnamon rolls- you can use any flavor or brand that you would like. 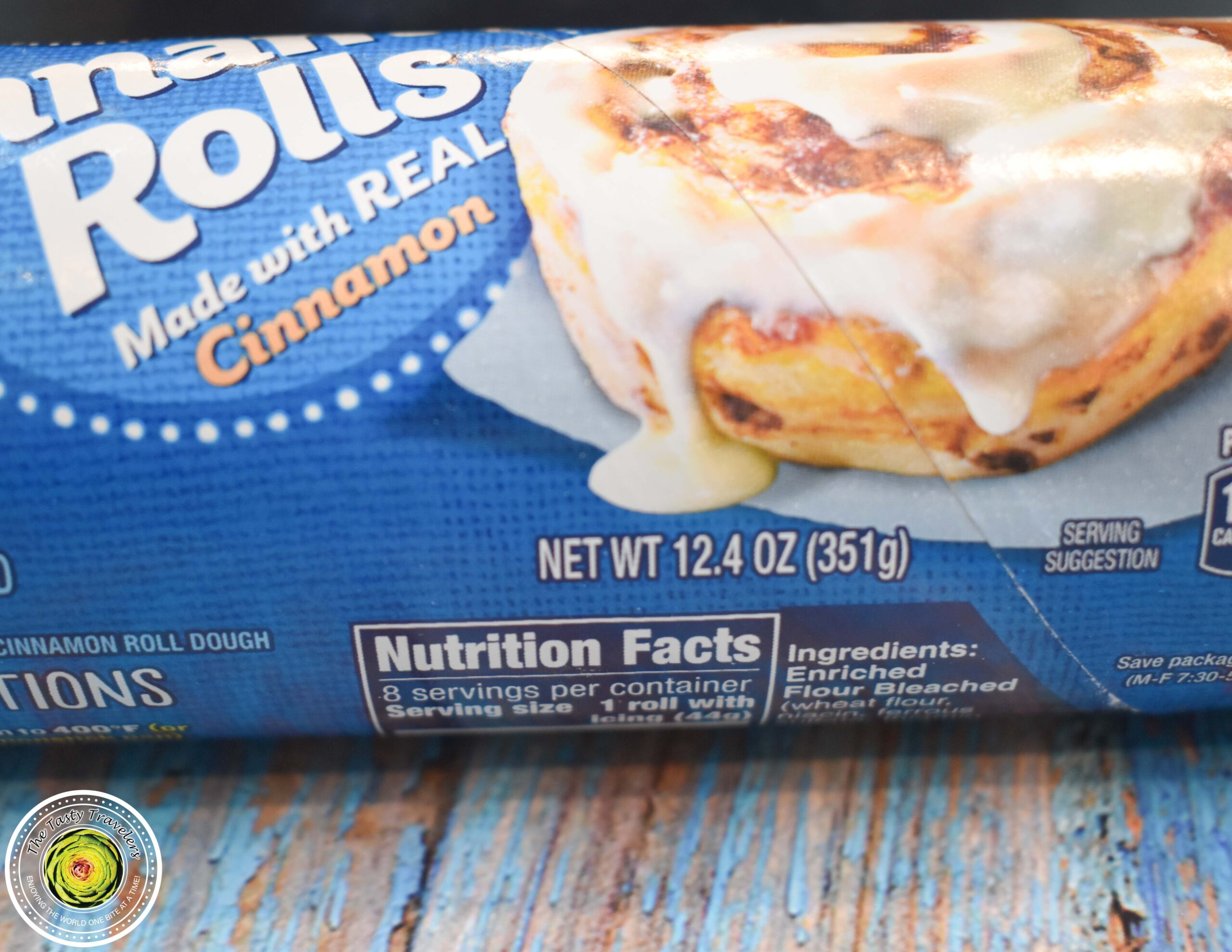 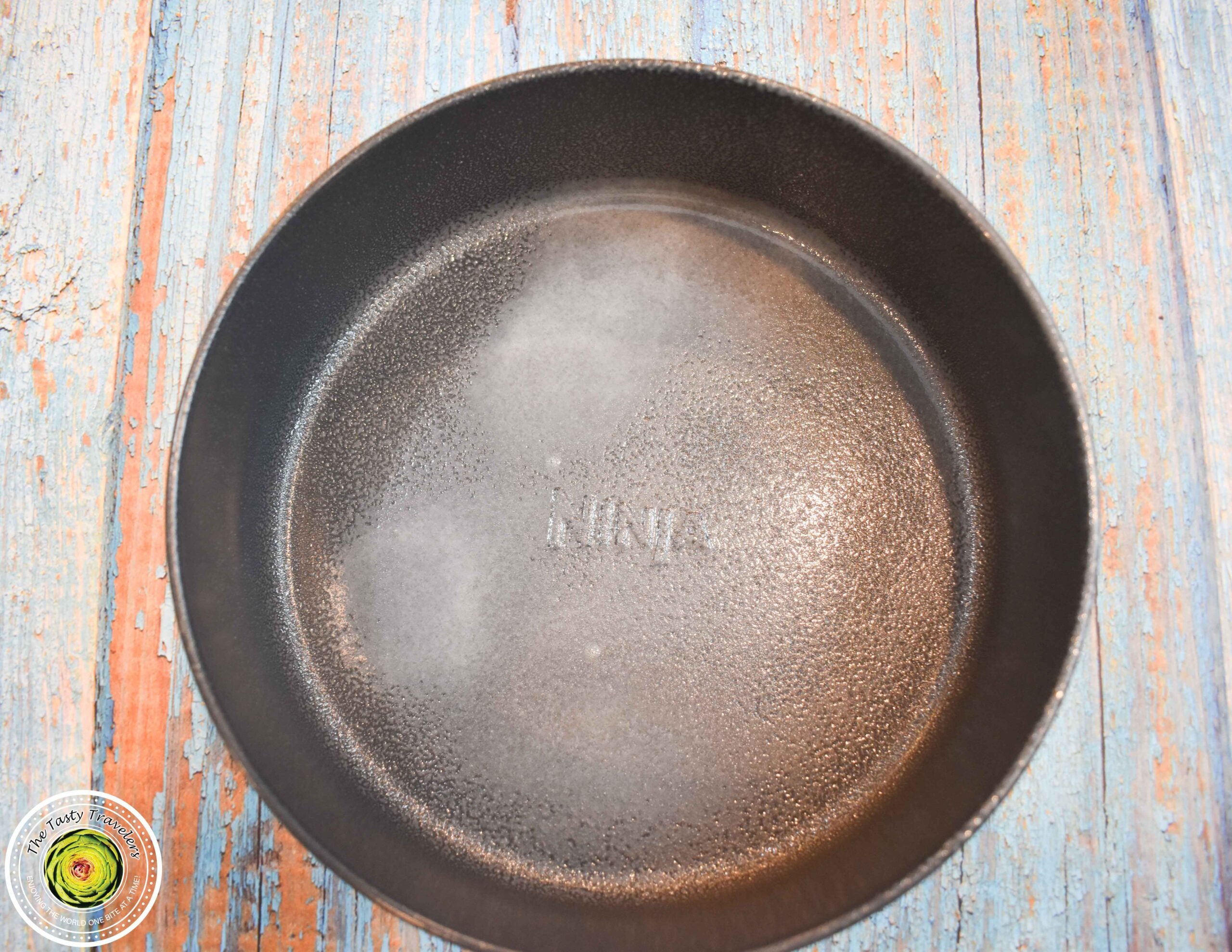 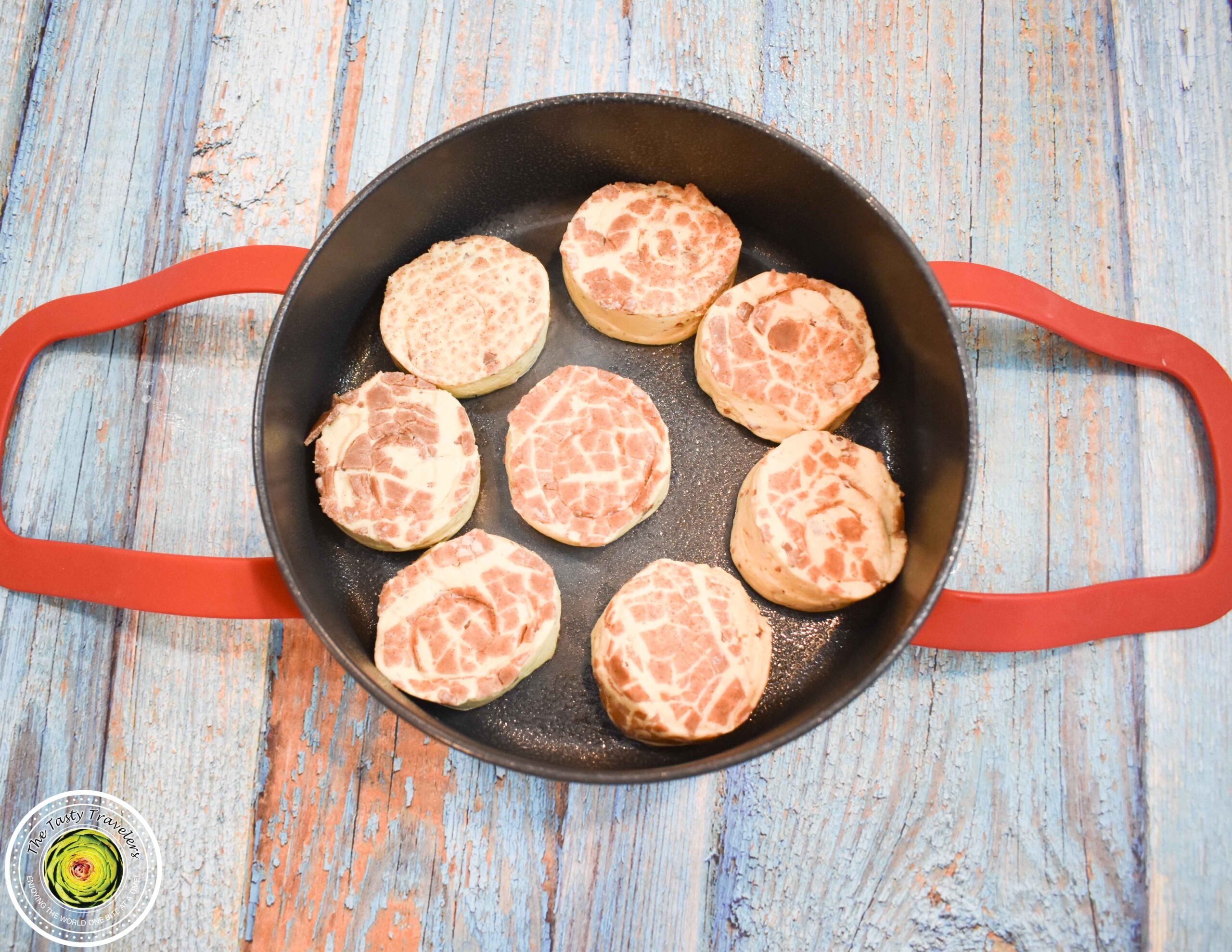 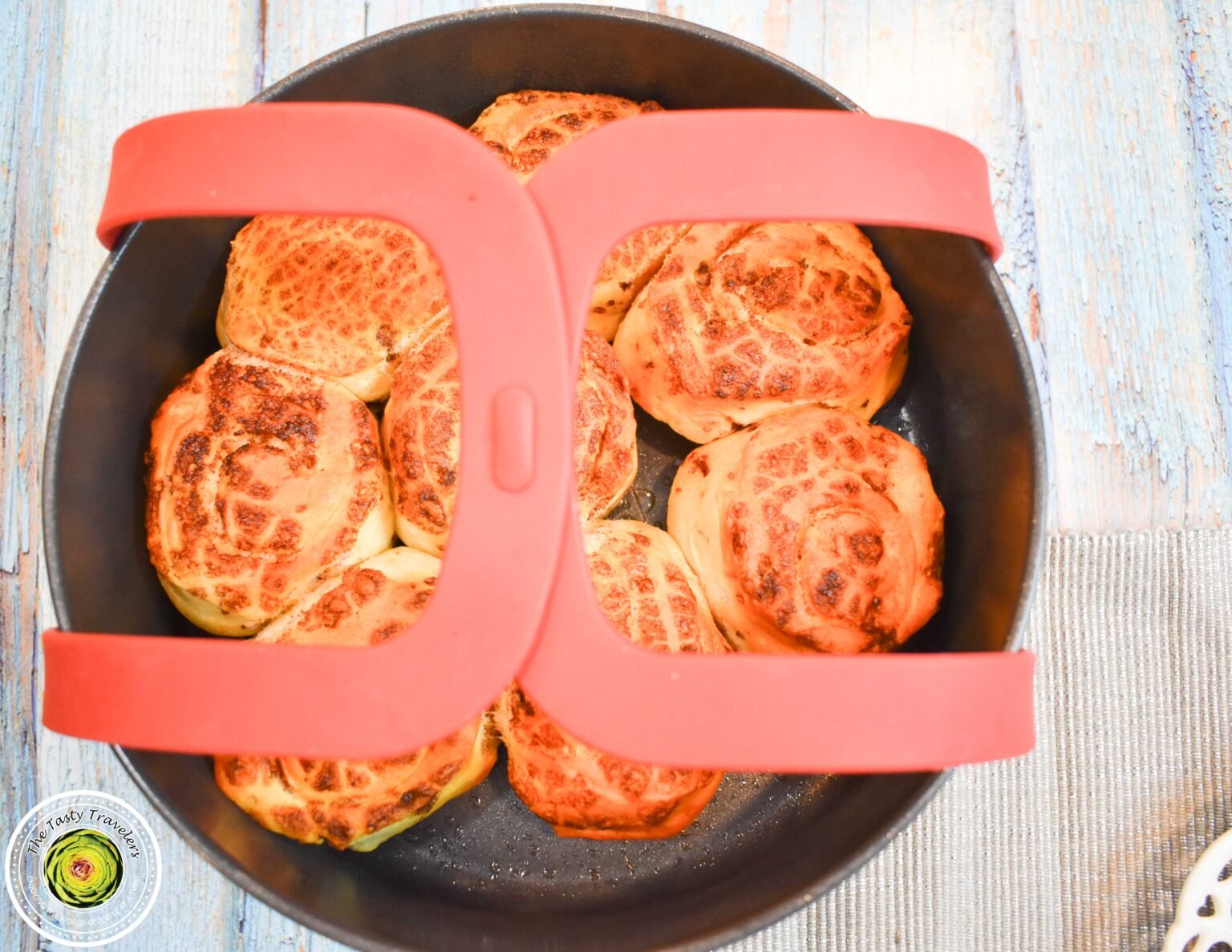 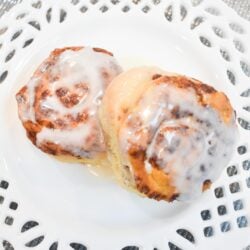 5 from 1 vote
Rate this Recipe Print Recipe Pin Recipe Save to Slickstream Favorites Saved!
Cook Time: 13 minutes
Total Time: 13 minutes
Servings: 8
Calories: 140kcal
Join our Facebook GroupCheck out The Ninja Foodi Community!
Submit Your Recipe!Do you have your own great recipe that you would like to see on The Tasty Travelers? Submit Your Recipe!!

The BEST compound butter ever!