Check out our recipe for Instant Pot Baked Potatoes!

Leave it to me to always want a baked potato for dinner...30 minutes before dinner.  It seems to take FOREVER to cook a baked potato in the oven. You can save time by "baking" potatoes in the Instant Pot using the pressure cooker option. 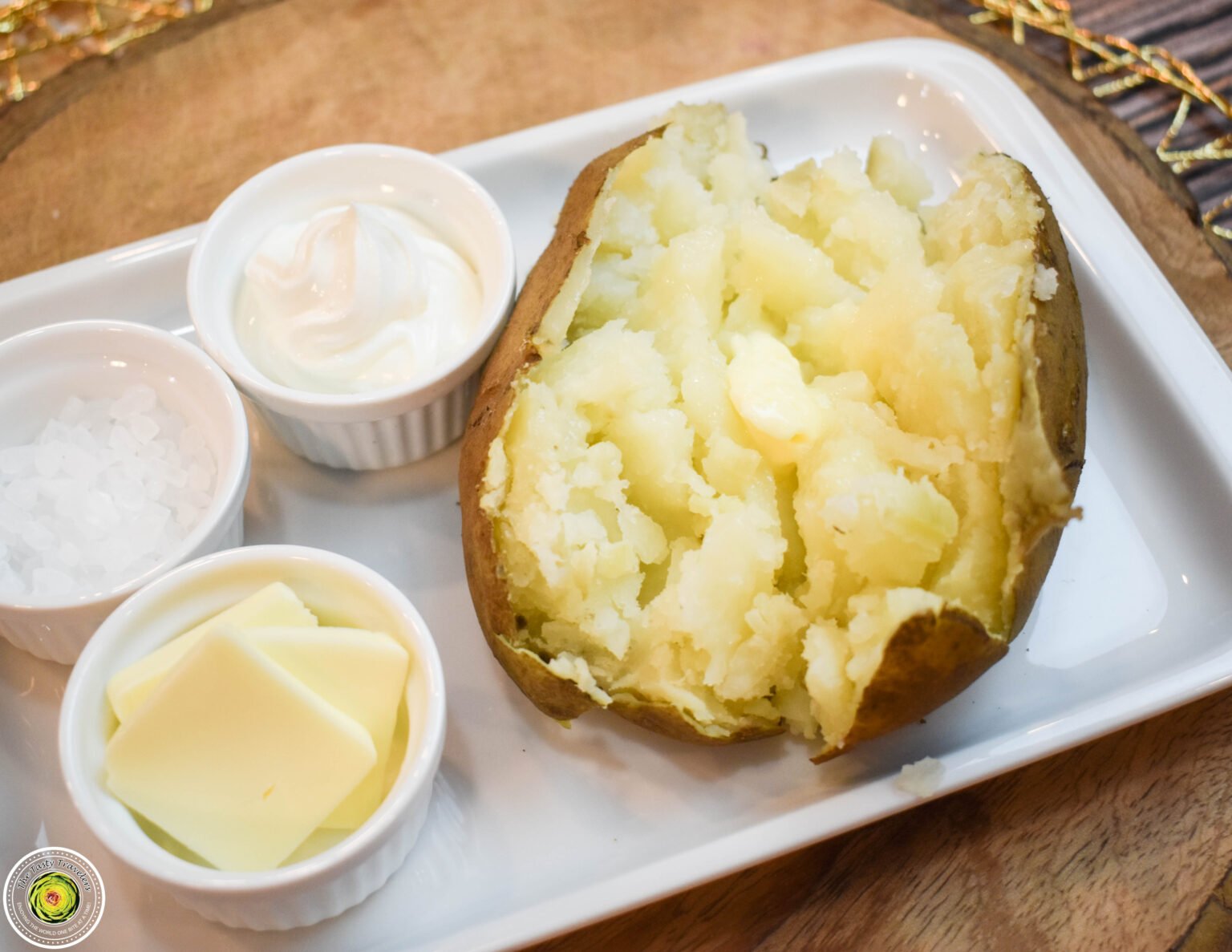 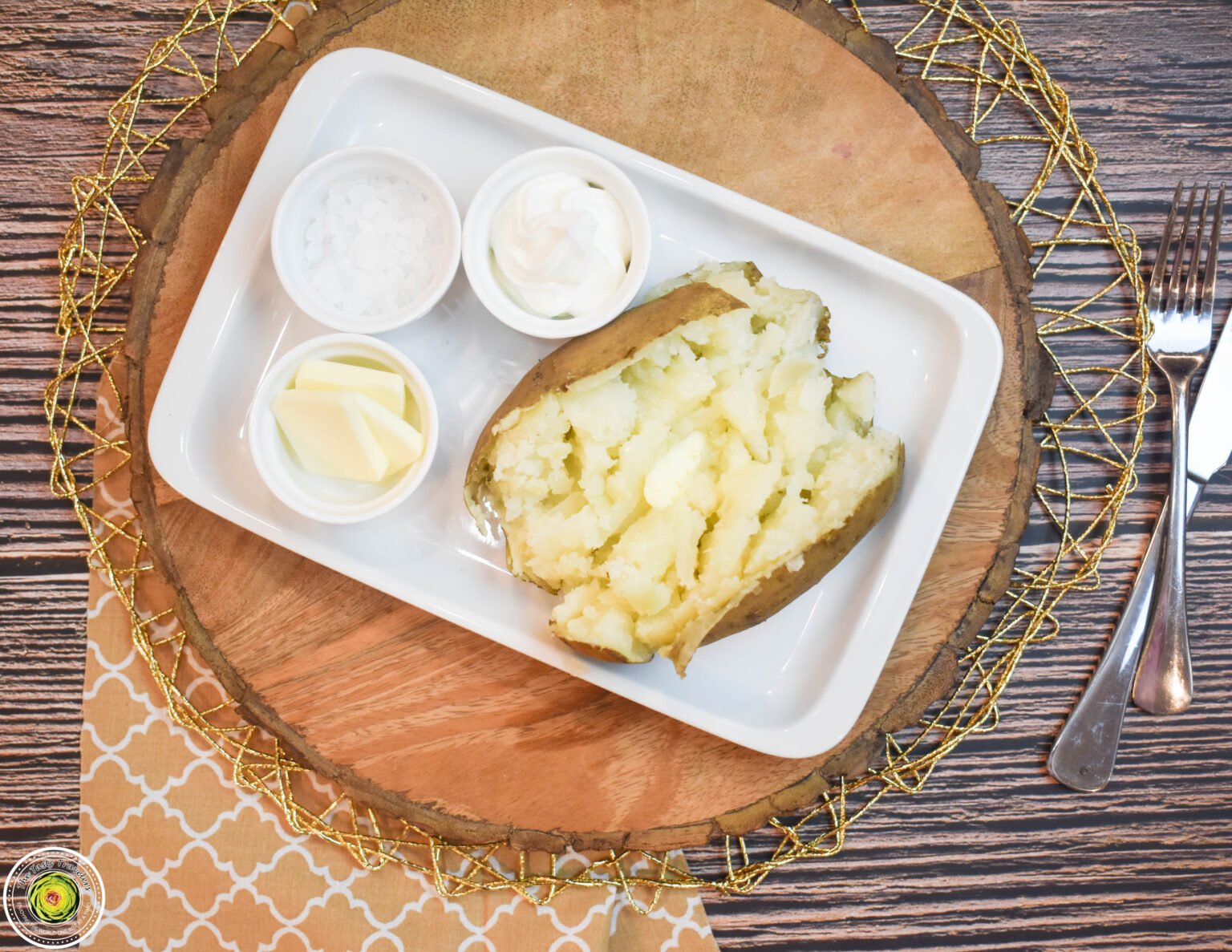 Should I salt the outside of the potato before cooking it?

I have always LOVED the baked potatoes that you get at restaurants that have coarse salt on the skin.  I have tried salting and foiling, coating with olive oil and salt, coating with butter and salt, just salt, foil, and no foil.  You name it...I've tried it....and the salt just does not stick as I want it to.  I tried to salt the potatoes when cooking them in the Instant Pot and it did not work.  The moisture in the pot almost dissolves the salt off of the potatoes.  Skip the salt.

What size potatoes should I use for making baked potatoes?

Whatever size you want!  The bigger the potato, the longer it will take to cook.  I would recommend cooking potatoes that are all the same size.  If you cook a small potato at the same time as a large potato, they will not be uniformly cooked.

What can I top baked potatoes with?

How many potatoes can I pressure cook at a time?

As many as you can fit in the pot. Feel free to cook 1 potato or 8 potatoes. If you can fit them in the pot, you can cook them all at the same time. However, if you are cooking a lot of potatoes, more than 4 large potatoes, I would recommend that you increase the water amount by about ½ a cup.

How can I crisp up the skin of the baked potato? 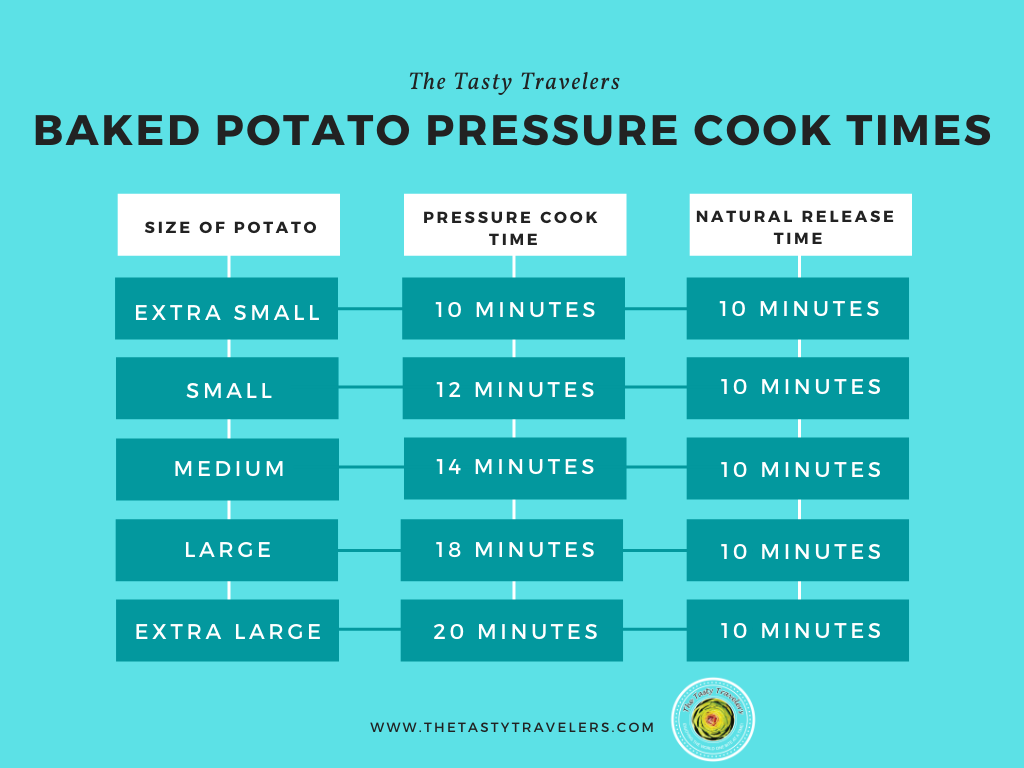 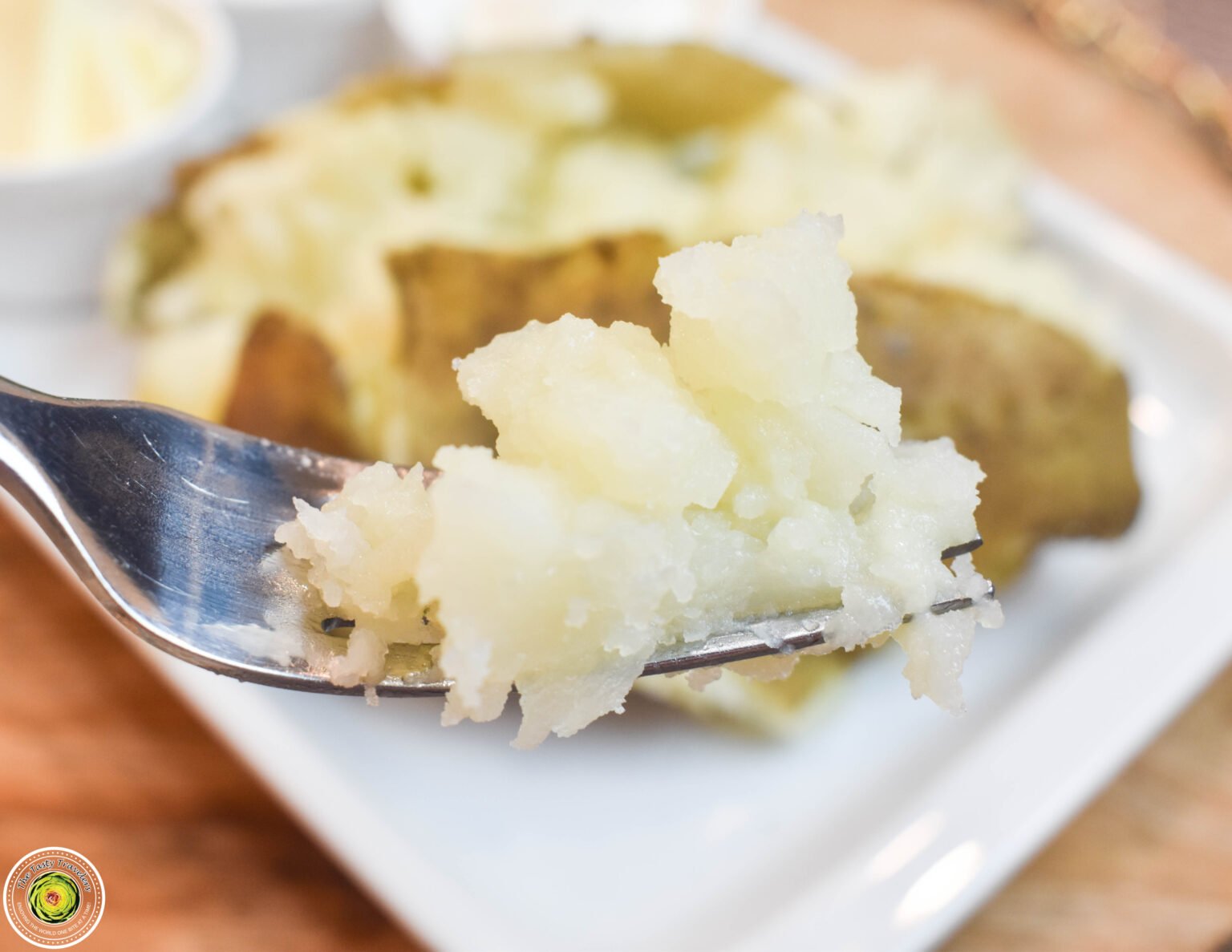 Potatoes- Uncooked, unpeeled potatoes. Any size will work. Follow the recommended cooking times in the baked potato cooking chart. If you are using really big, oversized potatoes, like the ones that are from Costco, you will likely need to add about 5 minutes to the pressure cooking time. 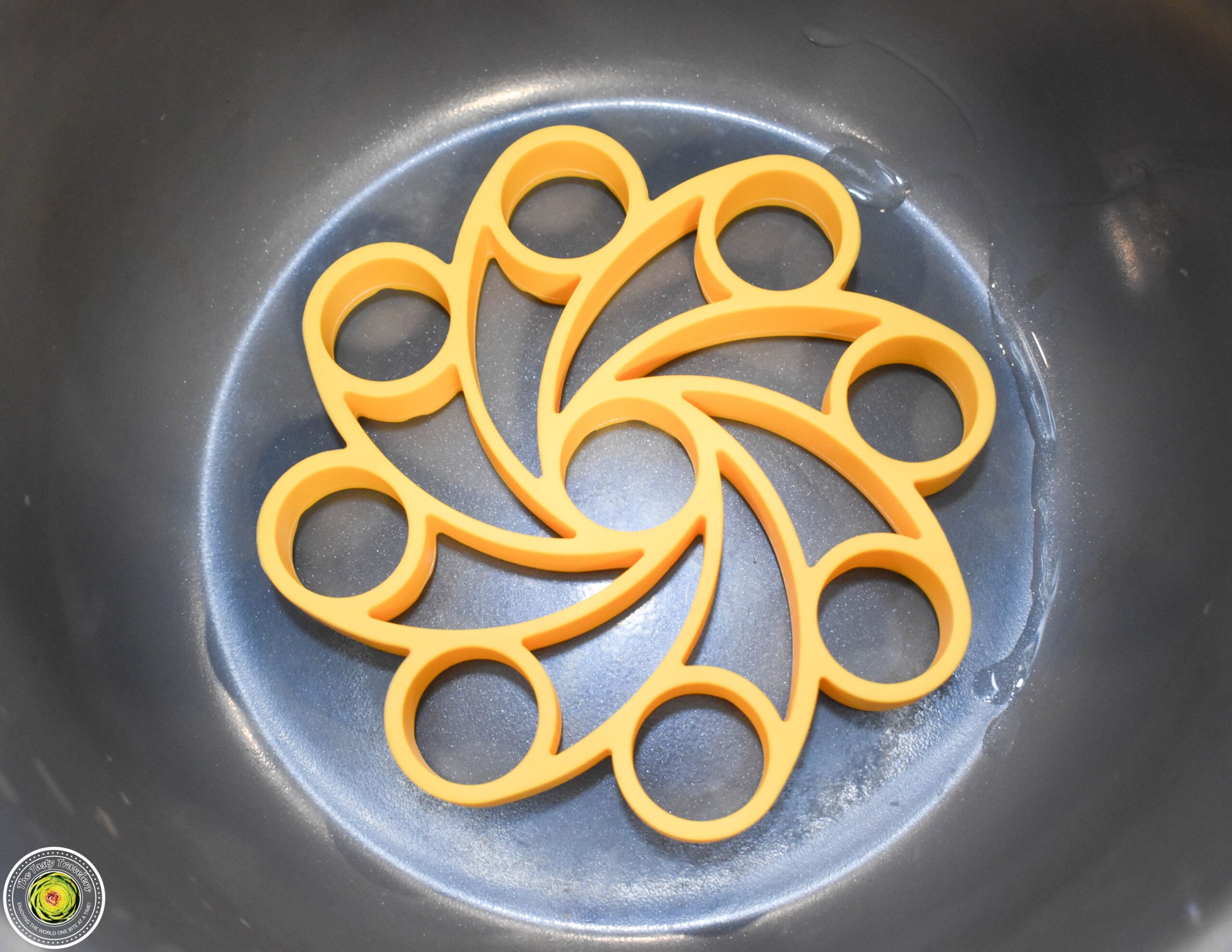 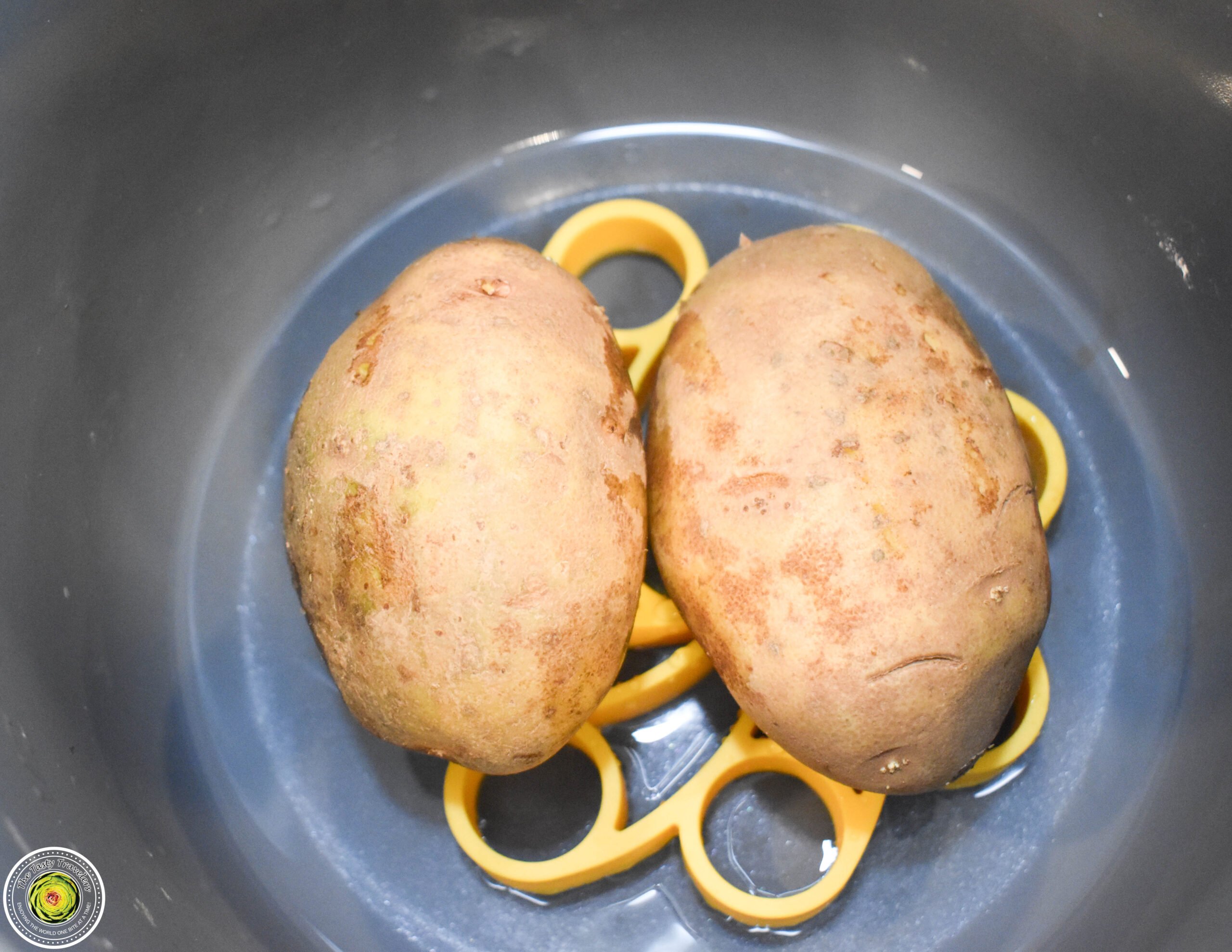 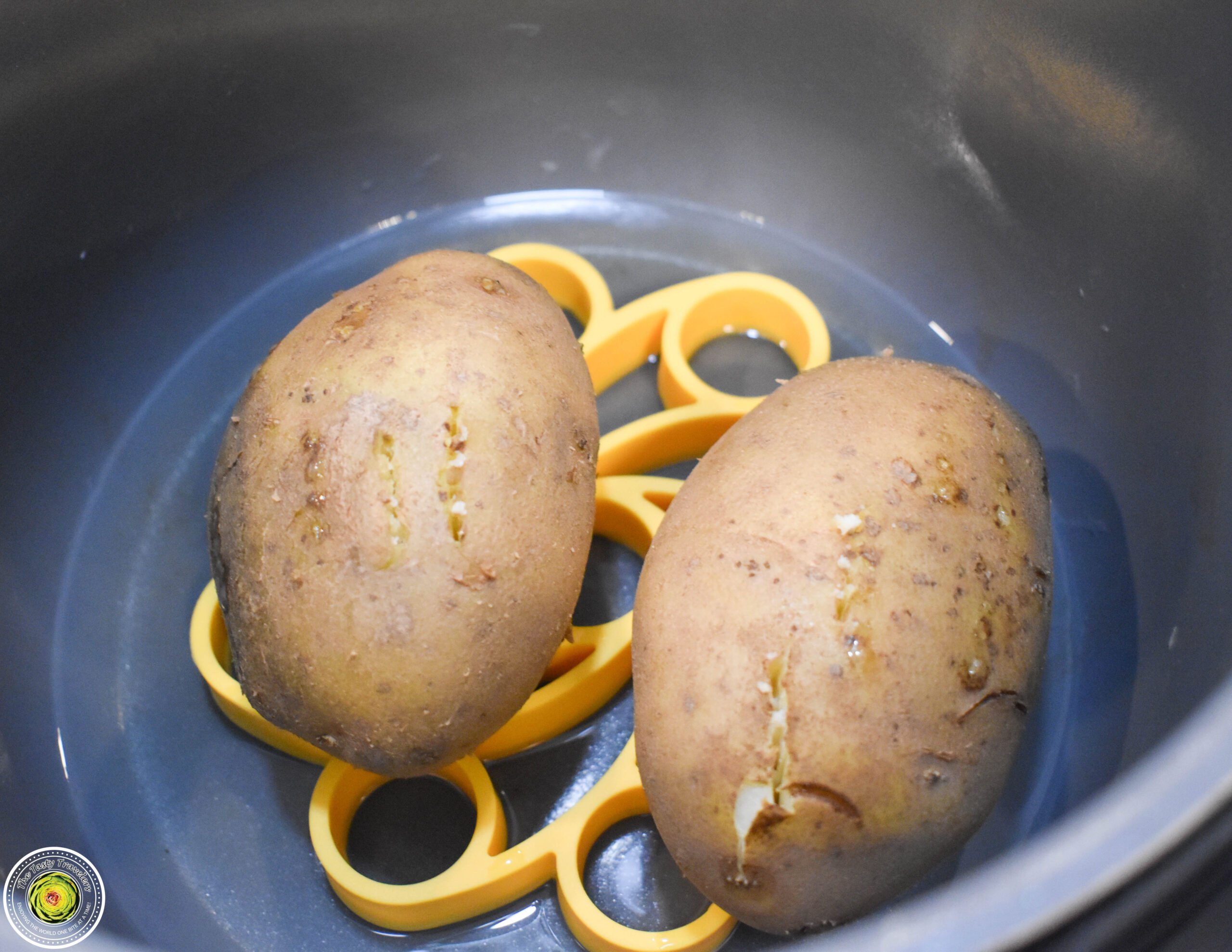 1. Wash potatoes well and prick with a fork five or 6 times.

2. Pour 1 cup water into Instant Pot Place a trivet into the Instant Pot.  If you don't have a trivet you can use a steamer basket that has very short feet on it.  You want to raise the potatoes just enough so that they are not sitting in the water.

3. Place the potatoes onto the trivet.  Lay the potatoes down across the trivet.  You should be able to fit 3-6 potatoes in one layer, depending on the size of the potato.  If you are cooking a lot of baked potatoes you can stack them on top of each other.

4. Close lid. Turn valve to "seal" and cook on high pressure for 10-20 minutes, depending on the size of the potatoes. (See cooking chart.)  When the timer beeps, naturally release pressure for 10 minutes and then quick release the remaining pressure.  Remove lid and enjoy with butter and salt!

***If desired you can crisp up the skins by placing the cooked potatoes into the oven for 5 minutes at 400 degrees Fahrenheit or air fry using the INstant Pot air fry lid. 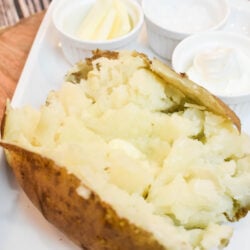 5 from 1 vote
Rate this Recipe Print Recipe Pin Recipe Save to Slickstream Favorites Saved!
Prep Time: 2 minutes
Cook Time: 18 minutes
Natural Release Pressure: 10 minutes
Total Time: 30 minutes
Servings: 2
Calories: 168kcal
Join our Facebook GroupCheck out The Ninja Foodi Community!
Submit Your Recipe!Do you have your own great recipe that you would like to see on The Tasty Travelers? Submit Your Recipe!!