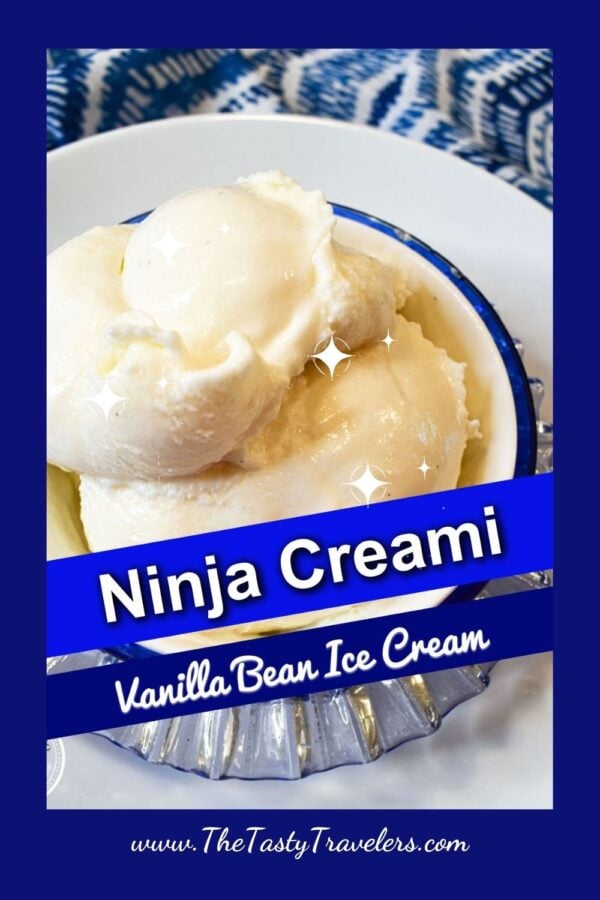 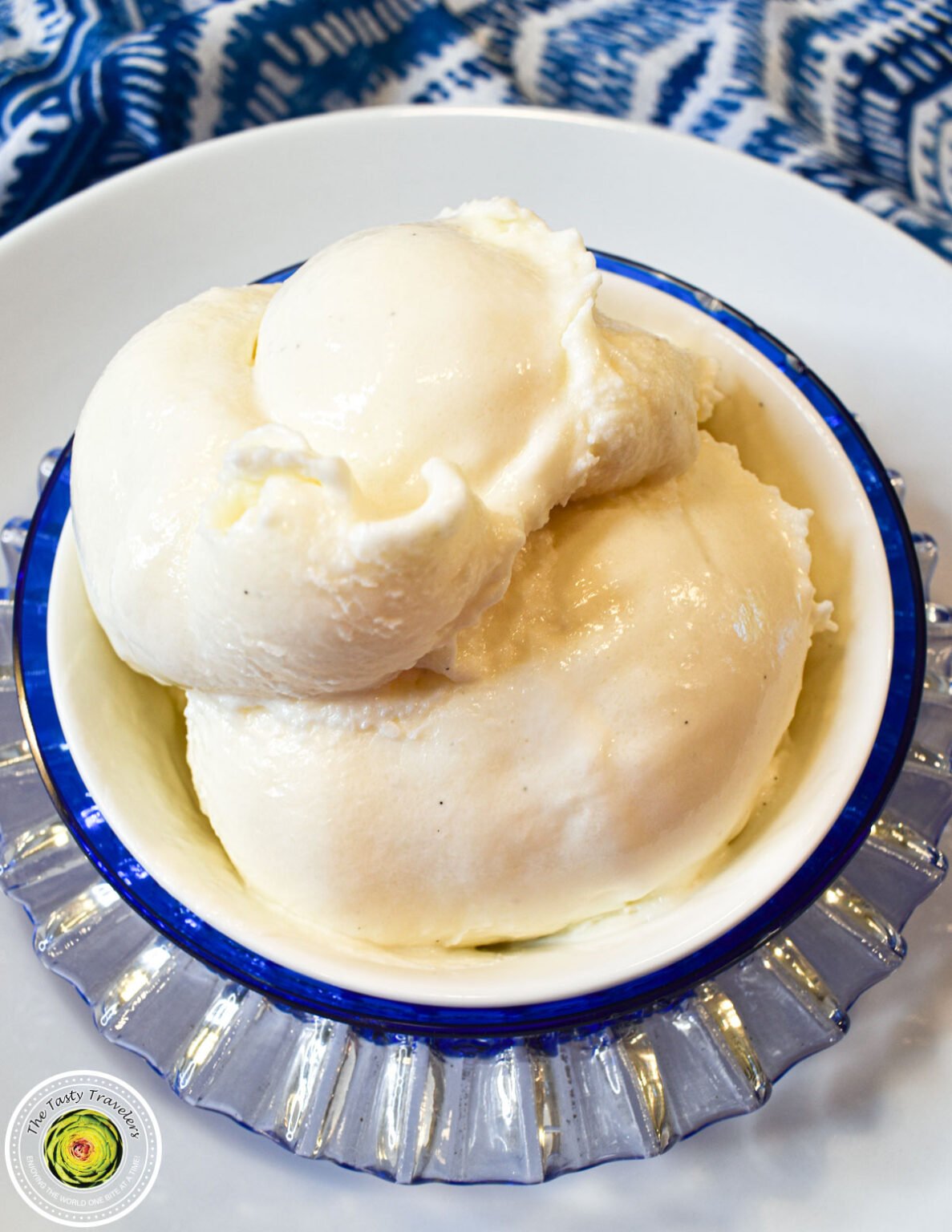 What is vanilla bean paste and where can I buy it?

Why is my ice cream dry and crumbly?

Usually, if your ice cream/sorbet comes out dry or crumbly it’s due to one of the following reasons:
*Your freezer is too cold. Try to adjust your freezer to be a little warmer or let your ice cream sit on the counter for 5-10 minutes before processing it.
*Your recipe does not have enough fat in it. Try adding in a little bit of a higher fat dairy product to your recipe next time.
*Your recipe may not have enough sugar in it. The less sugar in the recipe, the icier and crumblier the ice cream will be. Regular sugar, honey, or corn syrup can be used to increase the sugar content if desired.

How do I get creamier ice cream with the Ninja Creami?

If you have made ice cream and it just isn't quite as creami as you would like, or if it started to melt and then was refrozen, you can very easily get it super creami again using the re-spin function on the Ninja Creami. Simply place the pint into the outer bowl and snap it into place. Choose the RE-SPIN function. Once the cycle completes, remove the pint and enjoy! Your ice cream should be nice and creamy again. ***If using the re-spin function on previously frozen and melted ice cream, be sure to smooth out the top so that the ice cream is level and evenly distributed in the pint.

You sure can! But...you will need to use 2 pint containers instead of one. You always want to make sure that the pint containers are only filled up to the max fill line and not any more than that. In order for the ice cream to turn out creamy, it needs to be mixed by the machine after freezing. If you overfill the pint, the machine is going to have a hard time mixing it and the result will not be as expected. It's ok if you go over the max fill line a little bit when adding in the mix-ins after the ice cream has already gone through the ice cream function.

How long can I freeze my ice cream for? 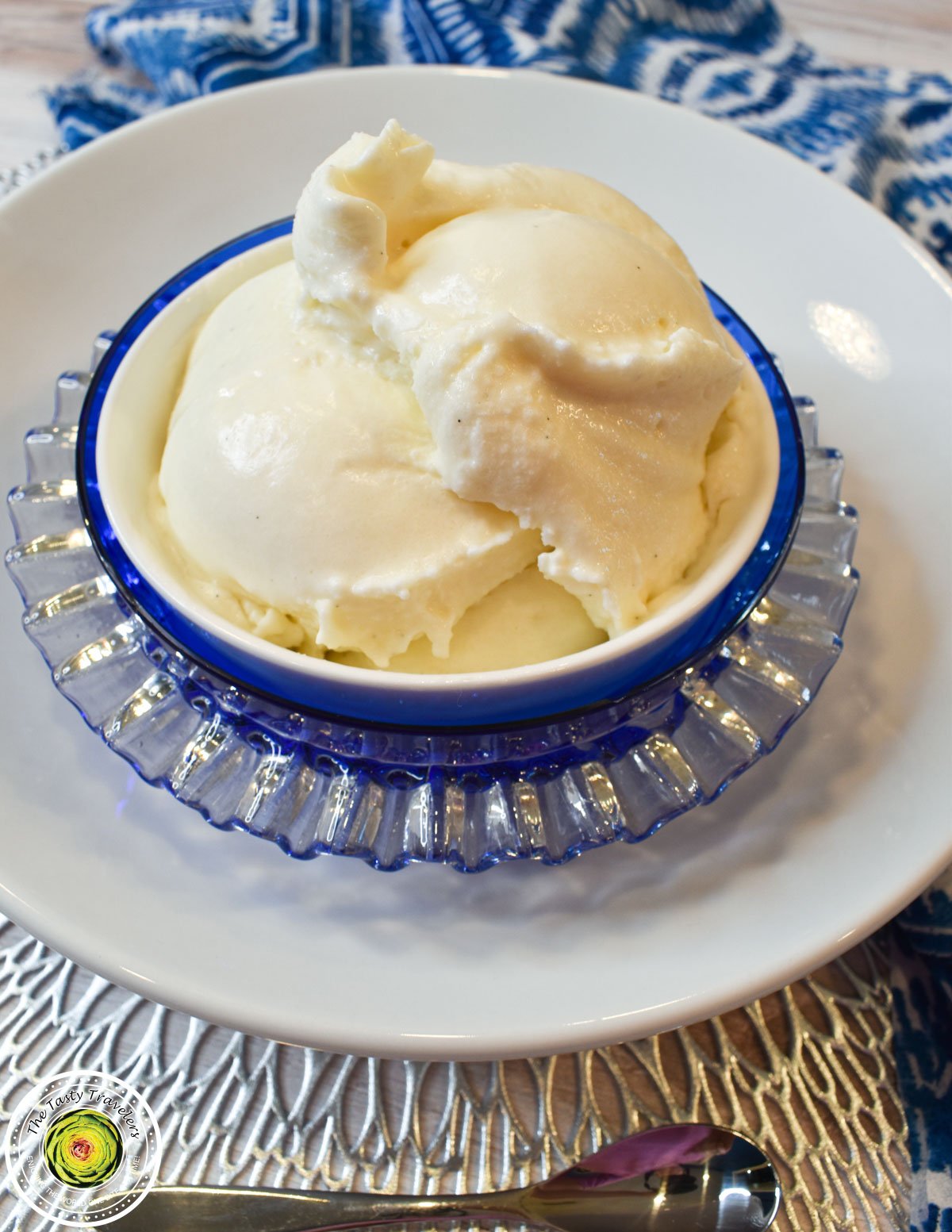 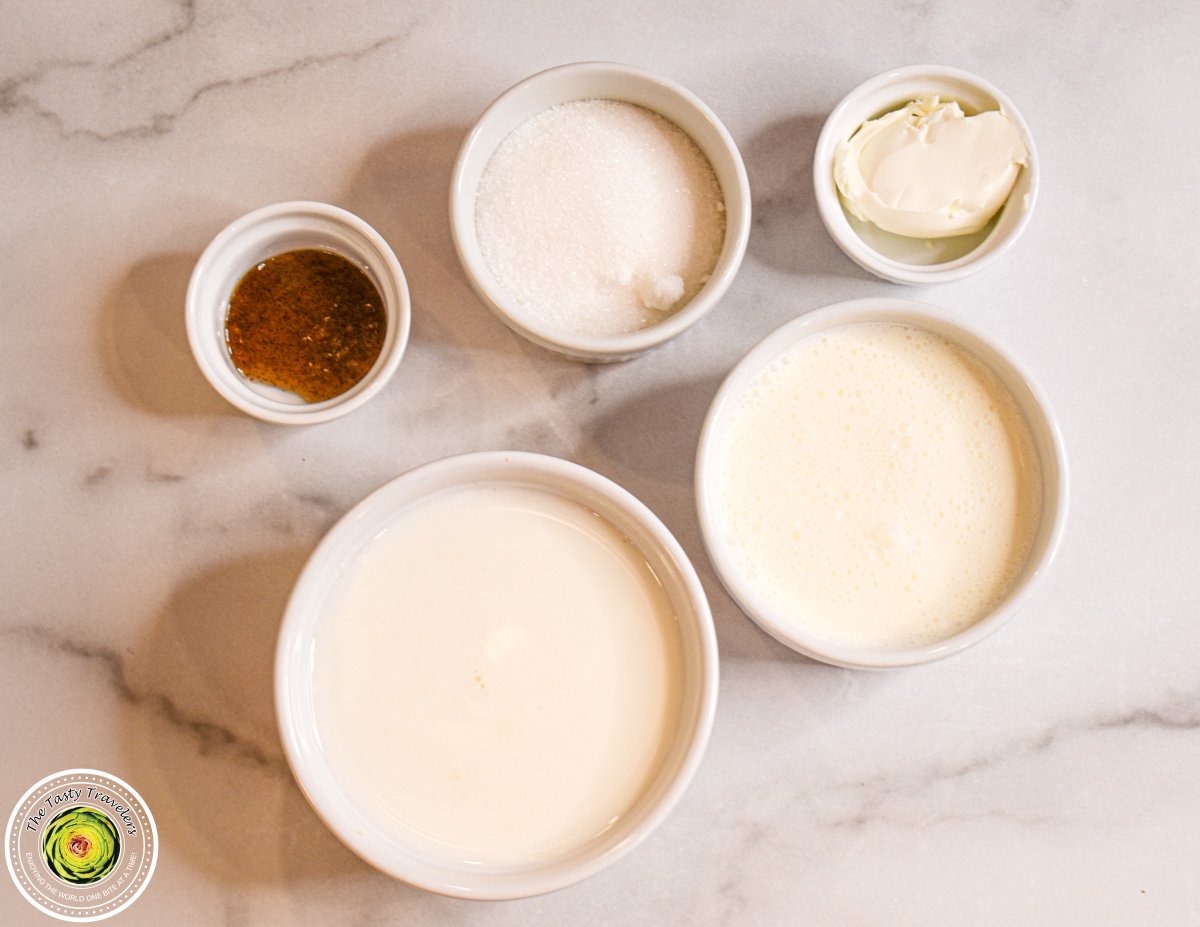 Sugar- Feel free to reduce or increase the sugar based on how sweet you would like the ice cream. If you decide to use a sugar substitute, such as monk fruit or agave sweeteners, use the LITE ICE CREAM function instead of the ICE CREAM function.

Heavy Whipping Cream- The heavy whipping cream helps to add to the creaminess of the ice cream. If you prefer, you can use half and half or a lower fat option. The results will be less creamy.

Milk- I used whole milk but you can use lower-fat milk or a non-dairy option like oat milk, coconut milk or, almond milk. 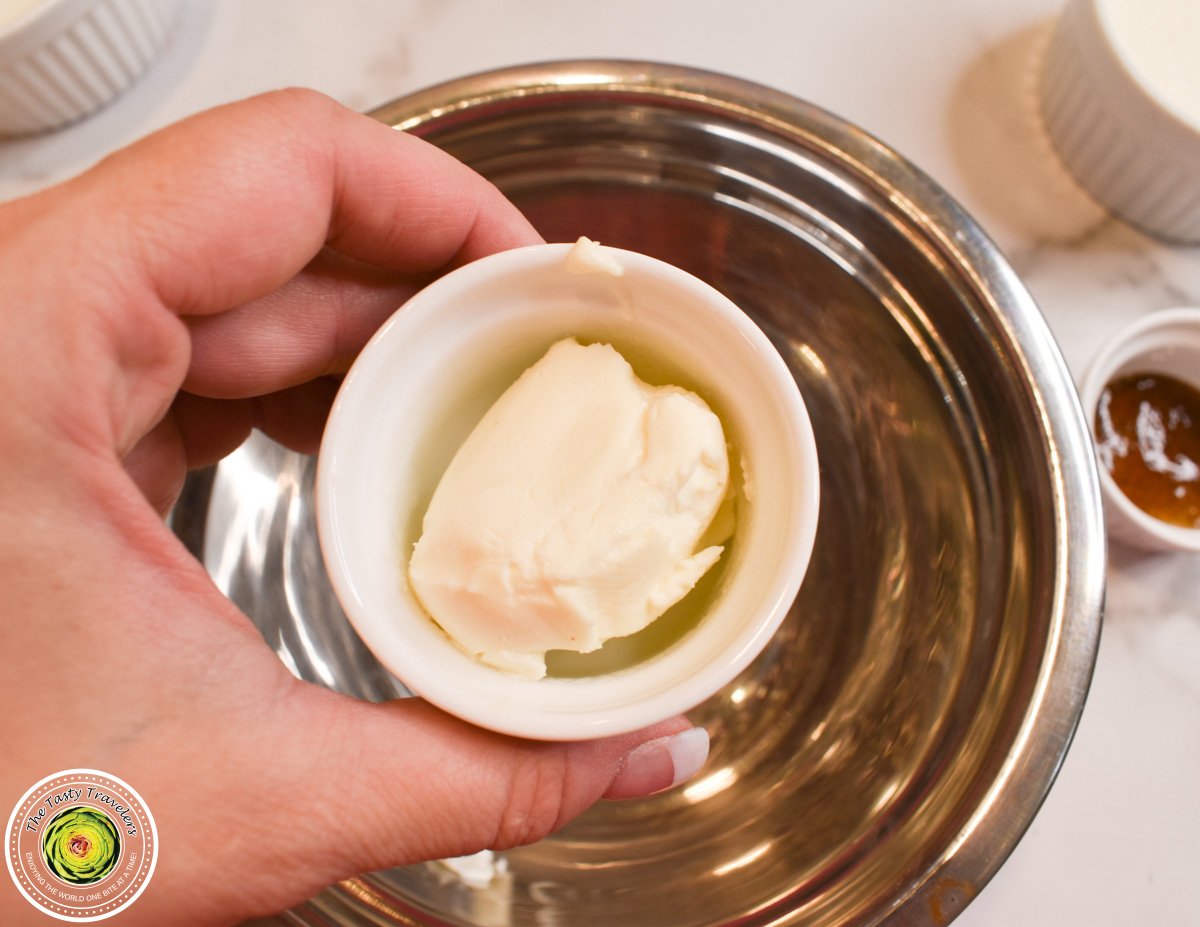 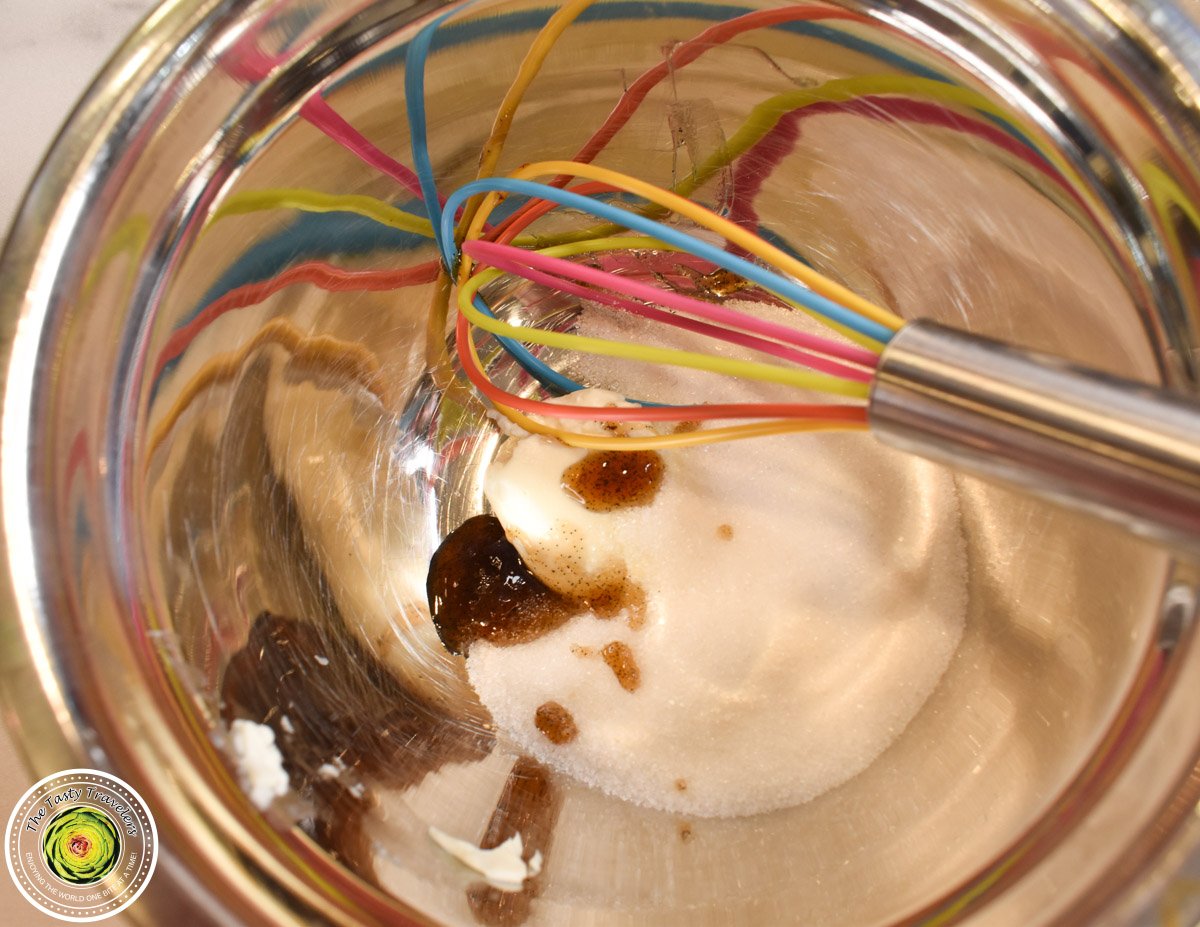 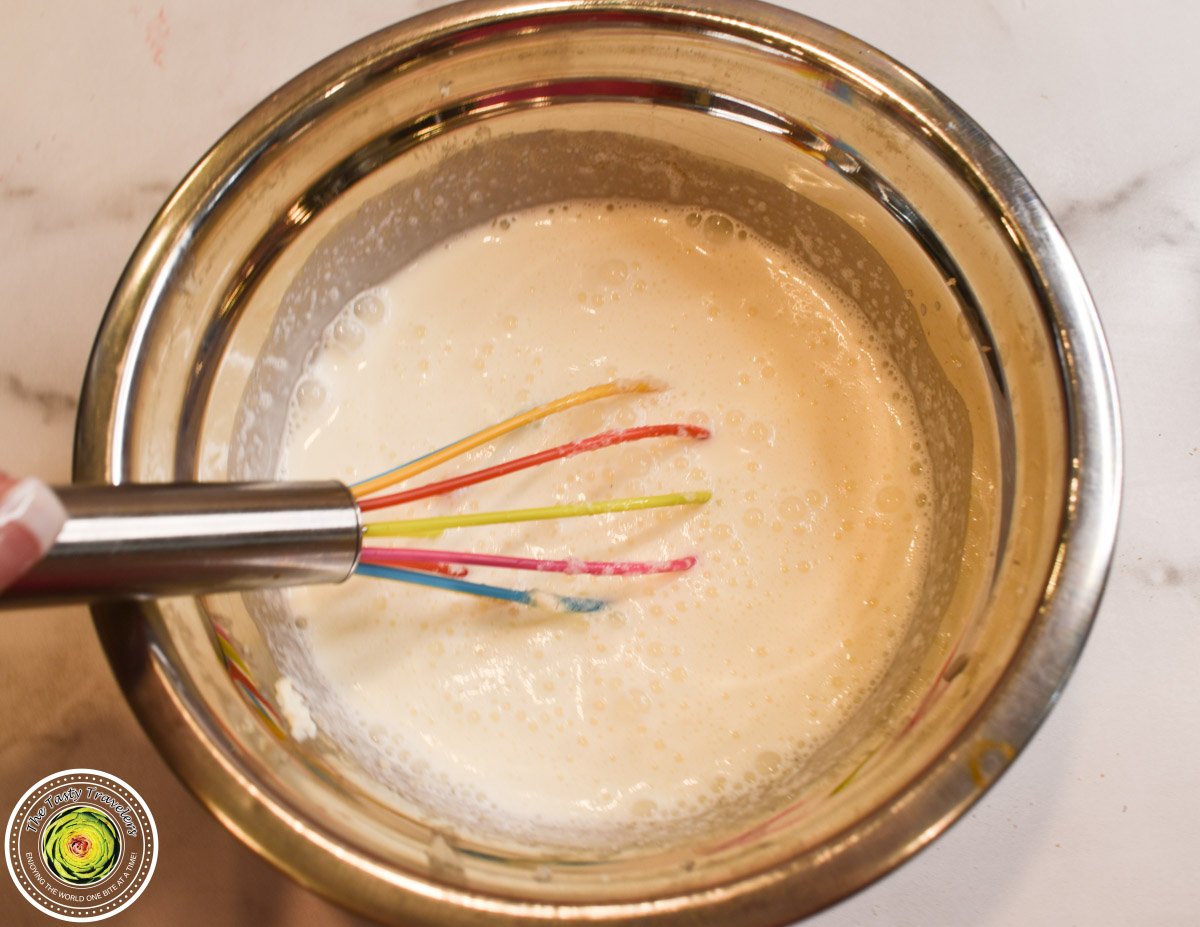 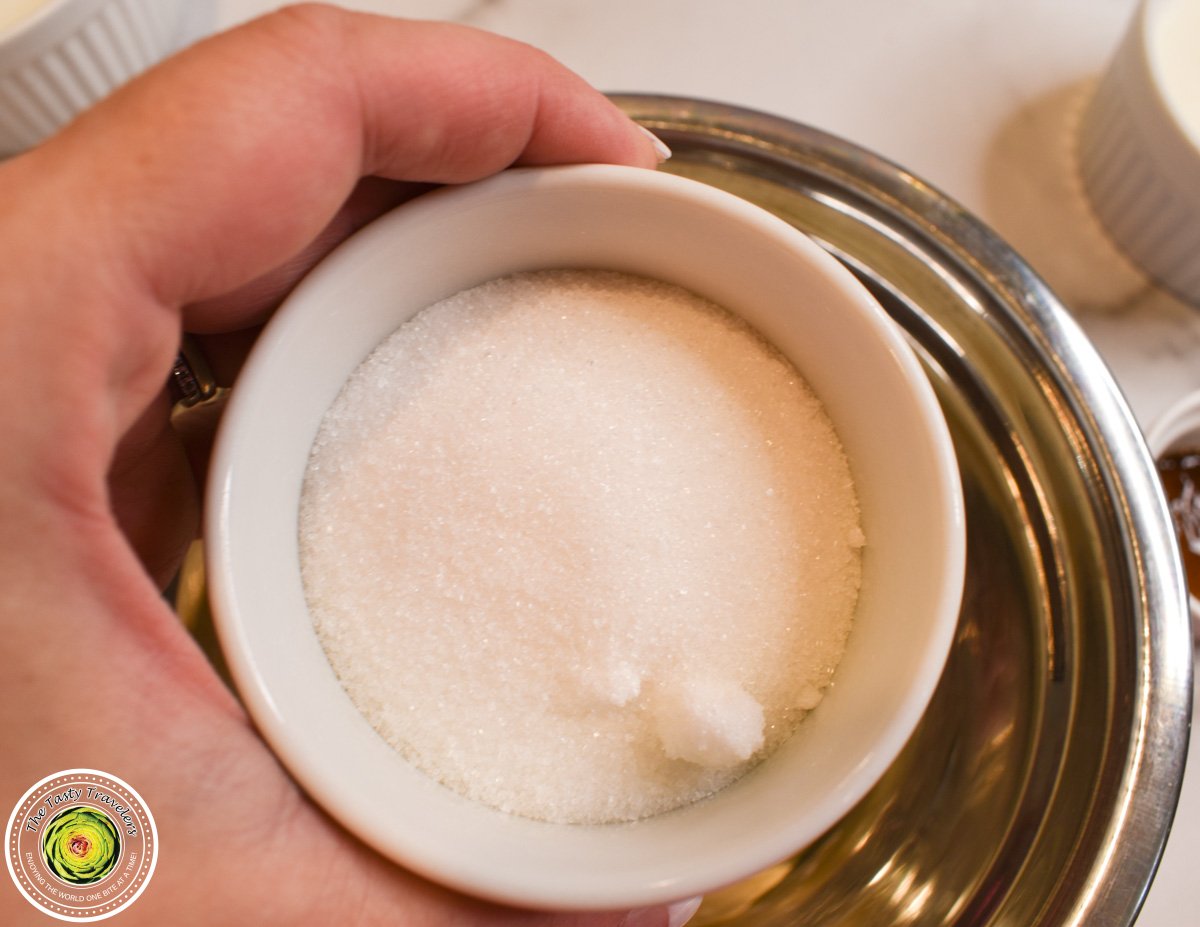 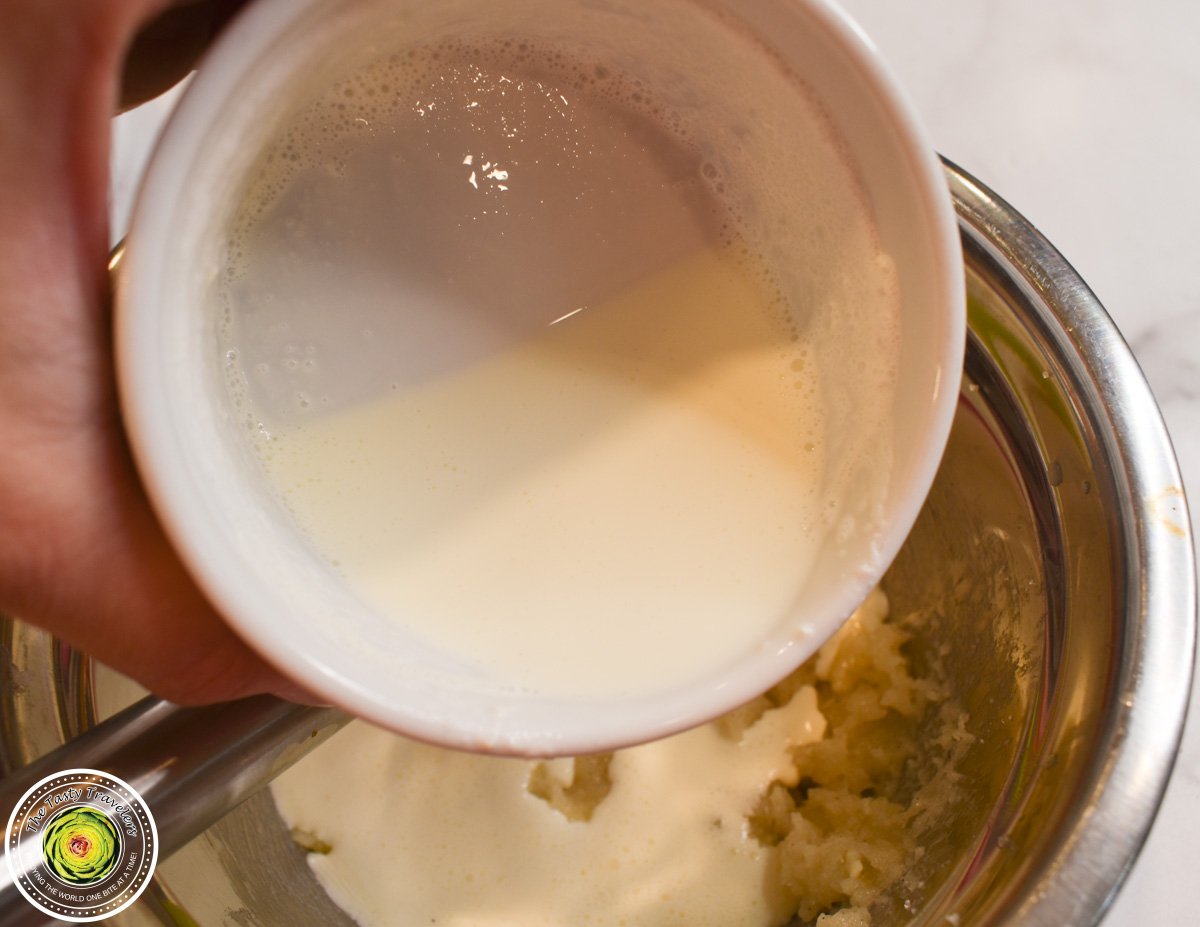 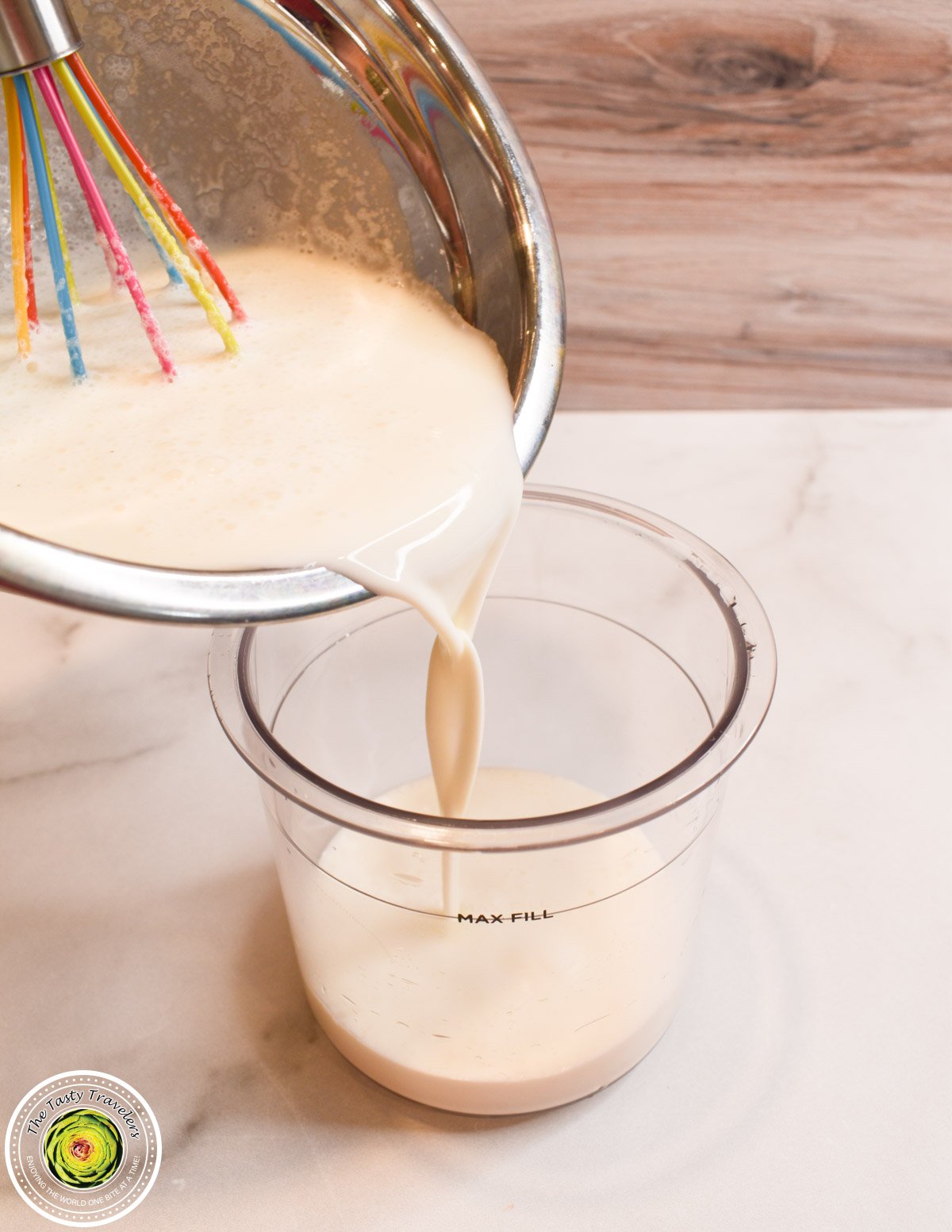 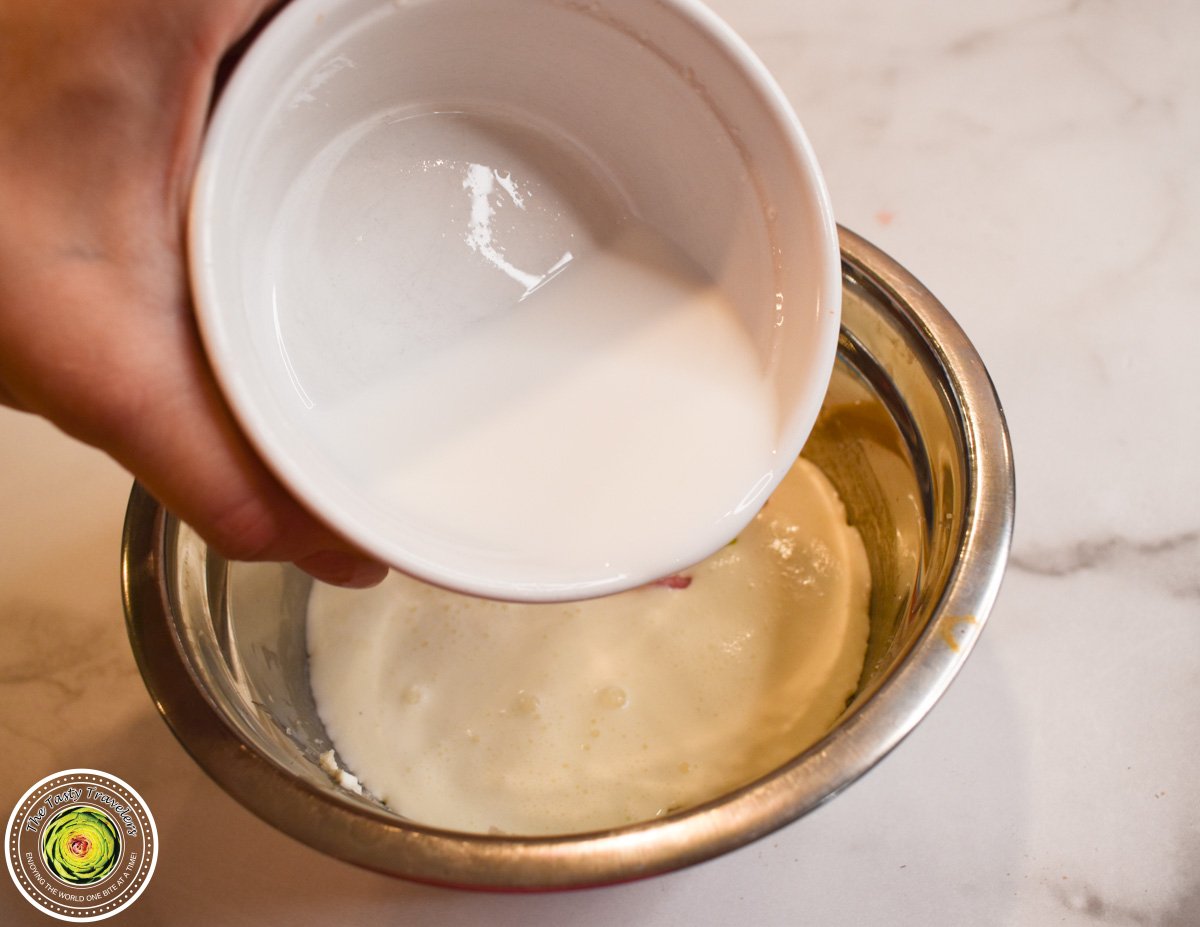 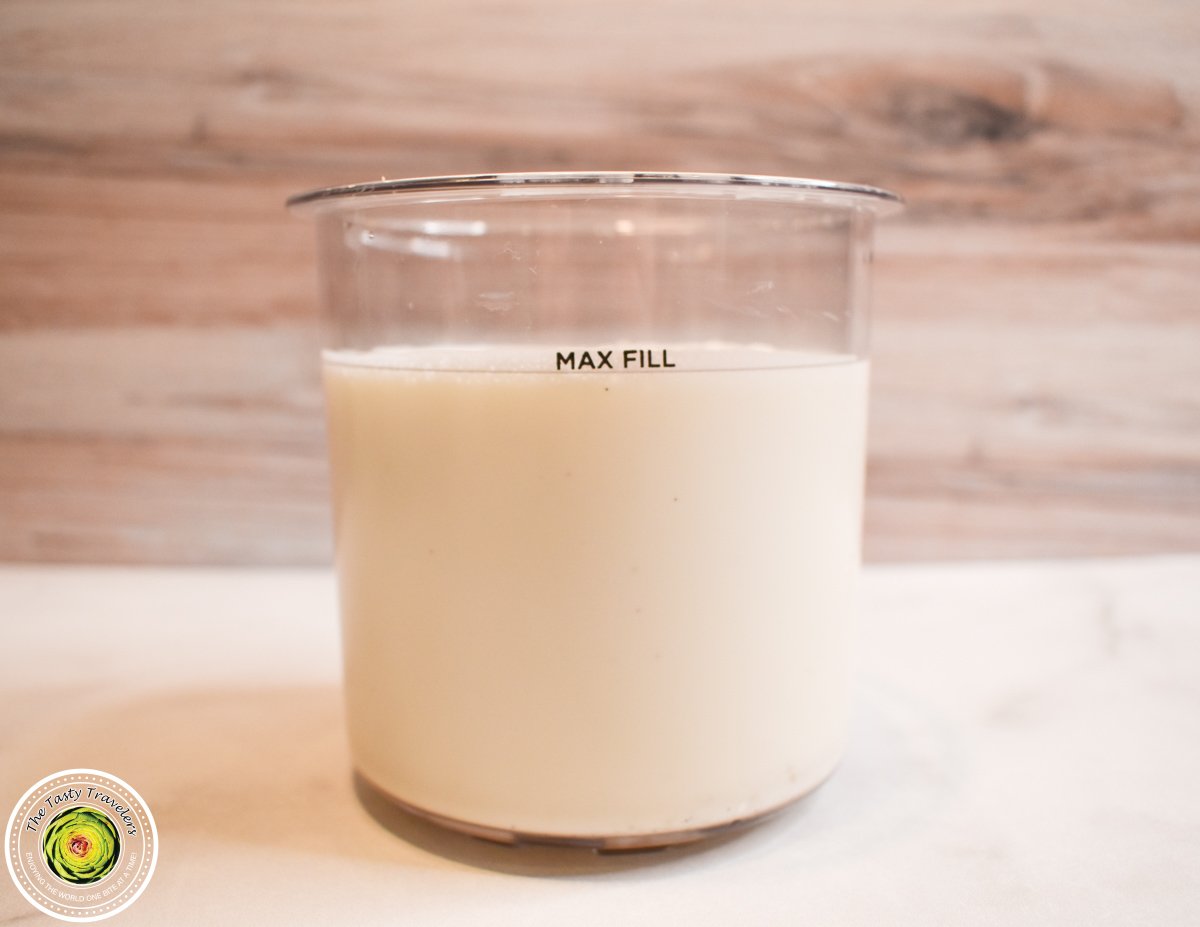 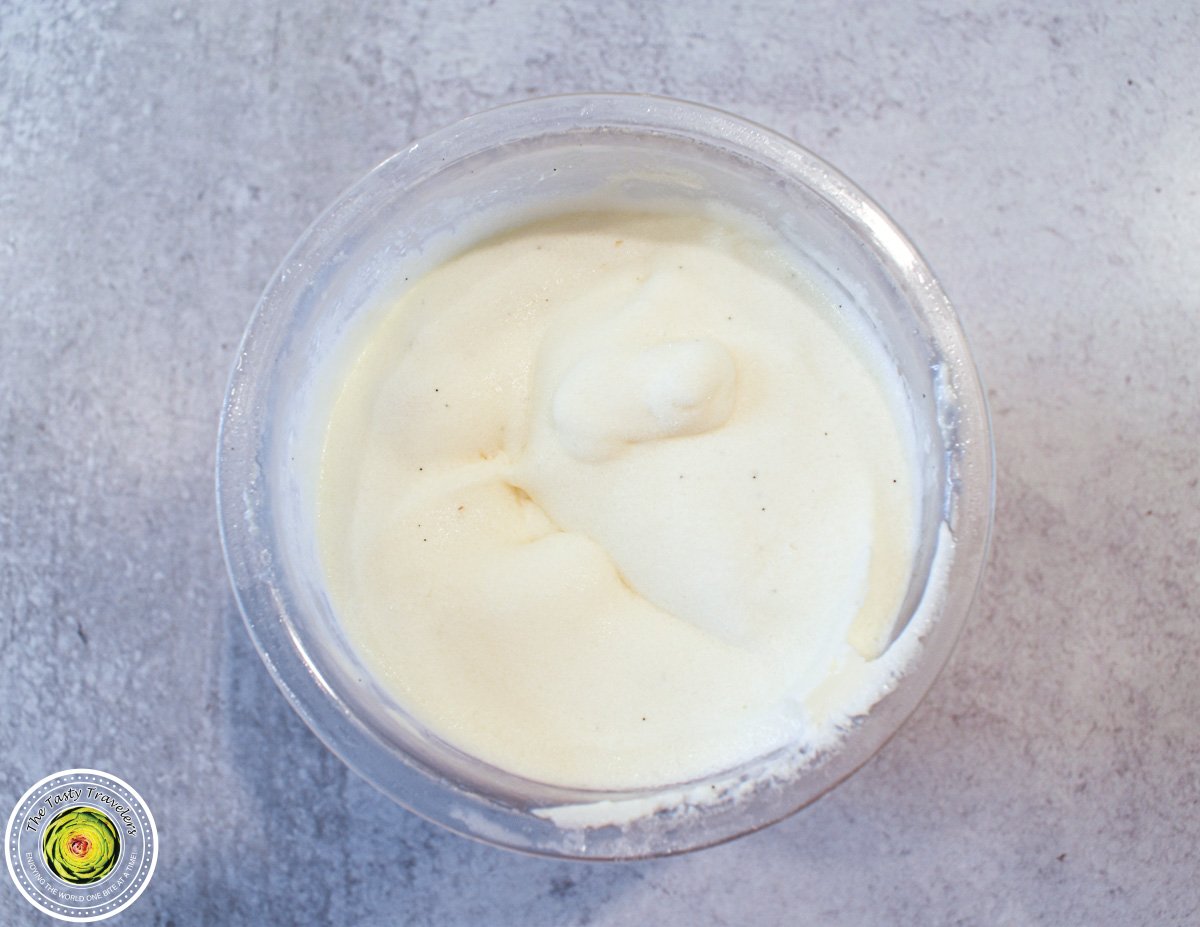 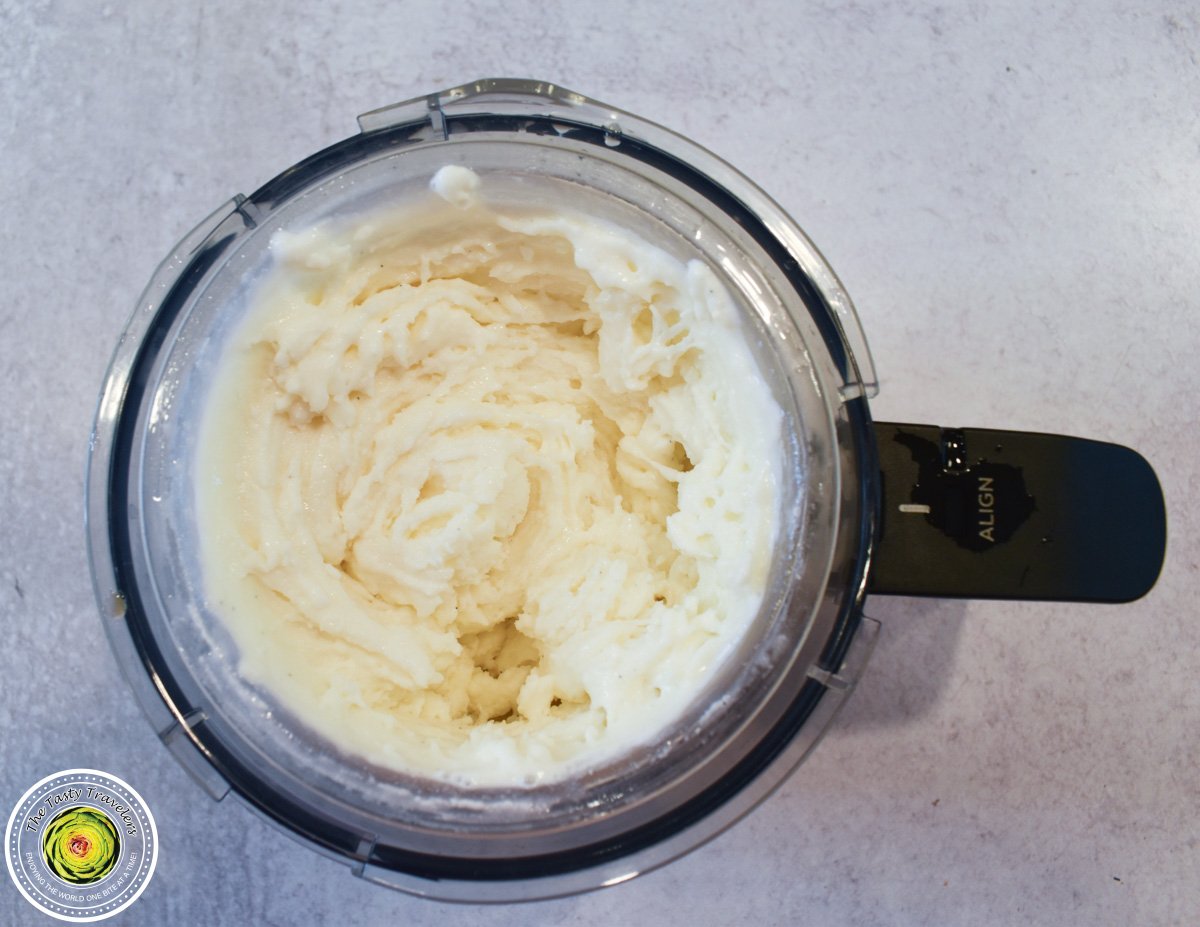 1. Combine the cream cheese, sugar, and vanilla bean paste in a mixing bowl. Using a whisk, mix together until all ingredients are fully combined and the sugar starts to dissolve.

2. Add in the heavy whipping cream and milk. Whisk until all ingredients have combined well.

3. Pour the mixture into an empty Ninja Creami pint container and freeze for 24 hours.

4. After 24 hours, remove the pint from the freezer. Remove the lid.

6. Once the ice cream function has ended, turn the outer bowl and release it from the Ninja Creami machine.

7. Your ice cream is ready to eat! Enjoy! 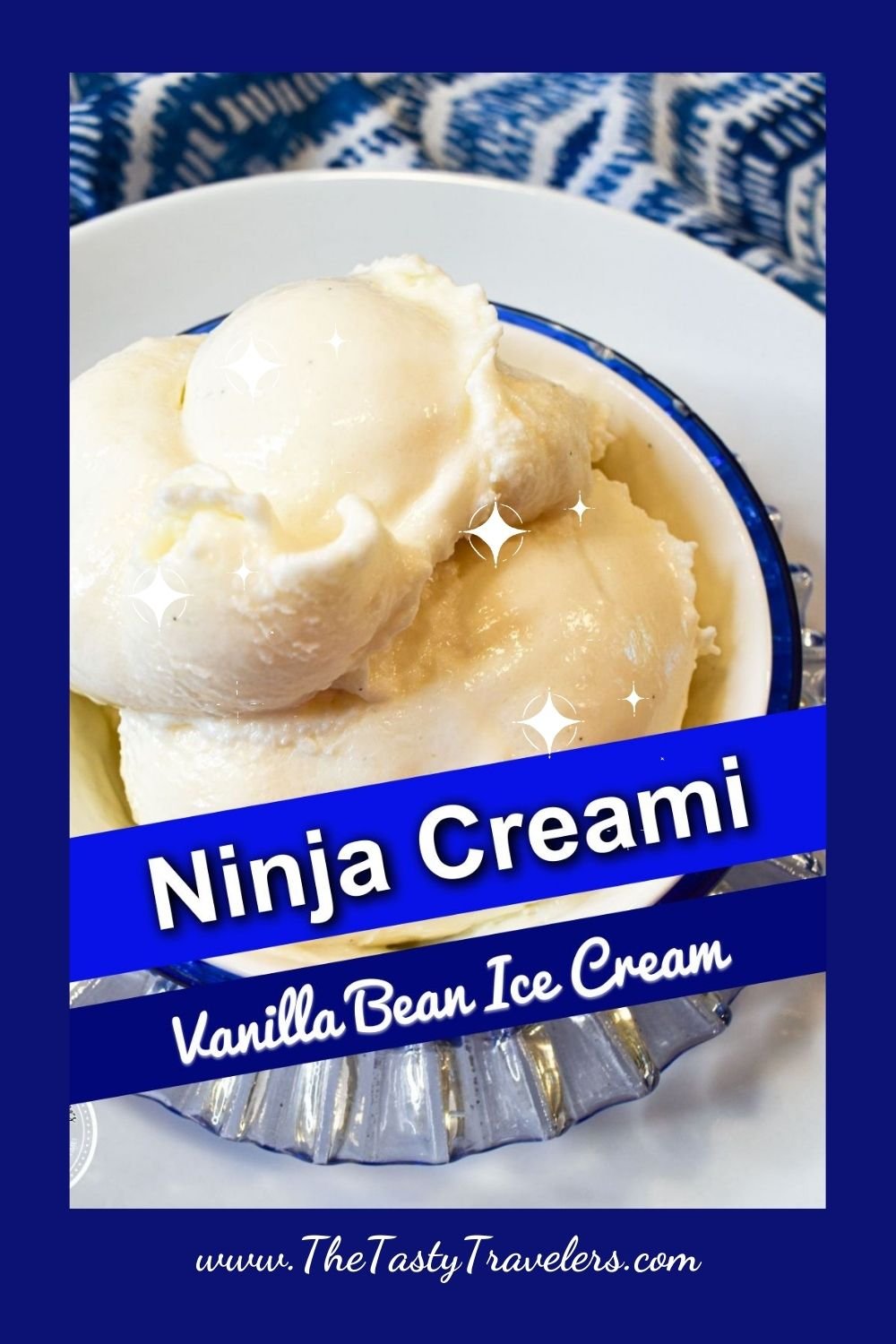 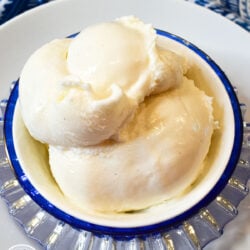 5 from 1 vote
Rate this Recipe Print Recipe Pin Recipe Save to Slickstream Favorites Saved!
Prep Time: 5 minutes
Freeze Time: 1 day
Total Time: 1 day 5 minutes
Servings: 1 Pint
Calories: 899kcal
Join our Facebook GroupCheck out The Ninja Foodi Community!
Submit Your Recipe!Do you have your own great recipe that you would like to see on The Tasty Travelers? Submit Your Recipe!!

The EASIEST Creme Brûlée you will EVER make!