If you are looking for the perfect summer or 4th of July cocktail....look no further!  How cute are these cocktails?  The mini bomb pop popsicle really takes it to a new level!!! 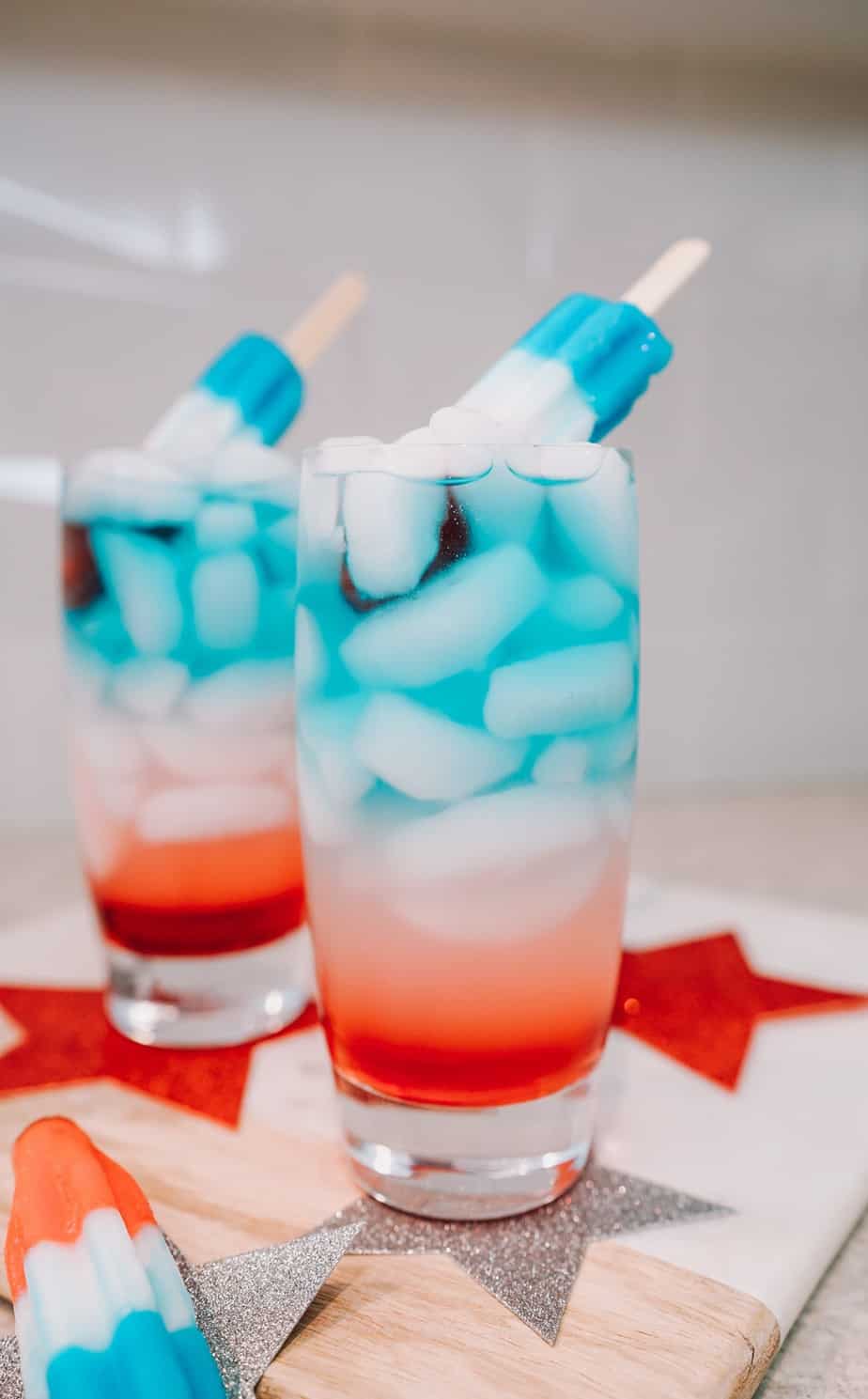 The combination of the grenadine, Mike's Hard Lemonade, and blue raspberry vodka is the perfect complement to the mini bomb pop popsicles!  The result is a truly refreshing and festive cocktail that will impress all!

1. Be sure to use a tall glass for this recipe.  We used 16-ounce glasses.  If you use a smaller glass, it will be more difficult to see the different colored layers since you will need to use smaller portions of the ingredients.  Also, the min bomb pop popsicle is more likely to tip over the glass if it is smaller.

3. For a lower alcohol content cocktail, you can use regular lemonade instead of Mike's Hard Lemonade.  The flavor will be very similar but the cocktail will be a little less potent.

4. If you are looking for a kid-friendly version of our Bomb Pop Cocktail, substitute Mike's Hard lemonade with regular lemonade and use blue raspberry kool-aid instead of the blue raspberry vodka! 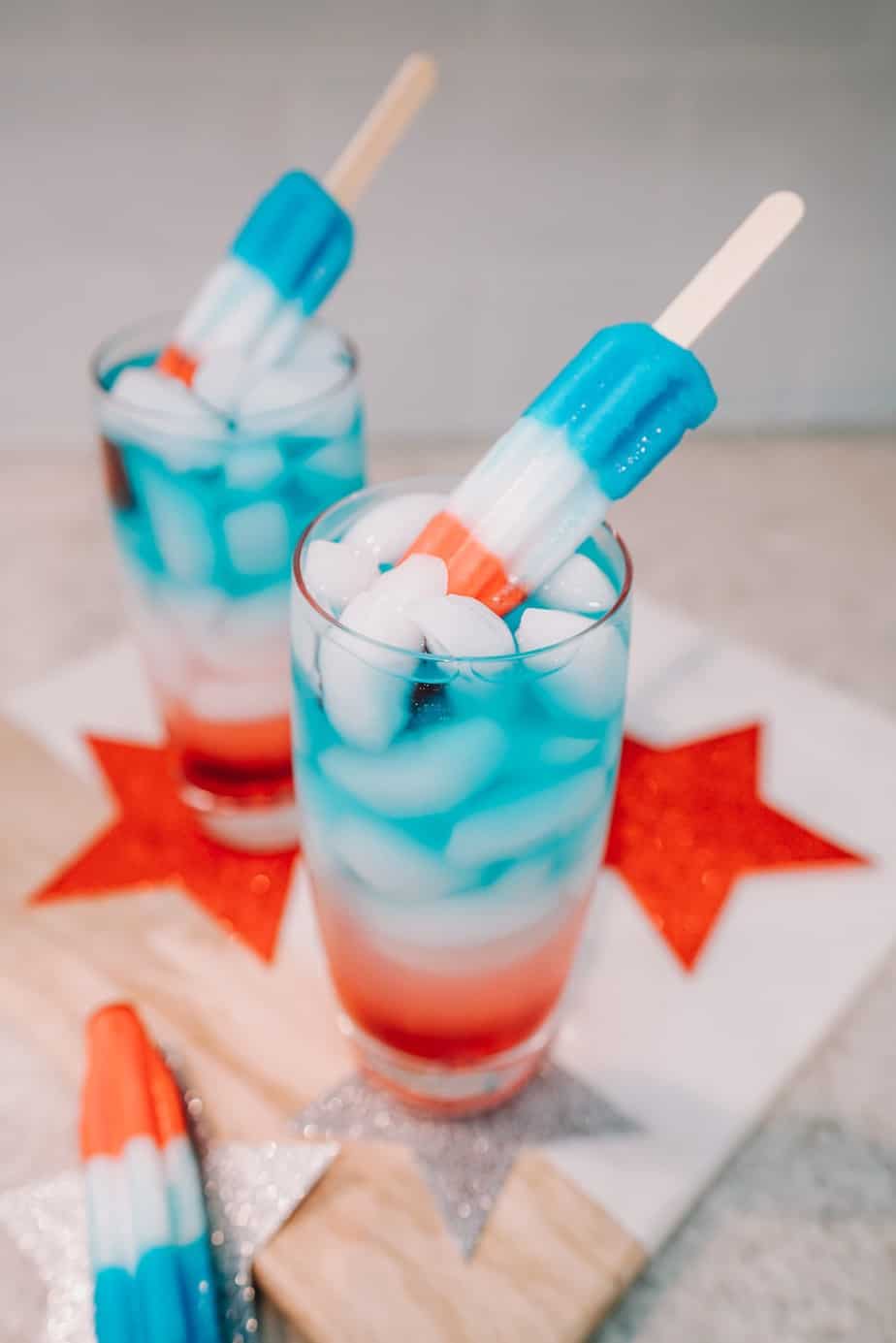 Looking for more recipes?  Check out some of our favorites! 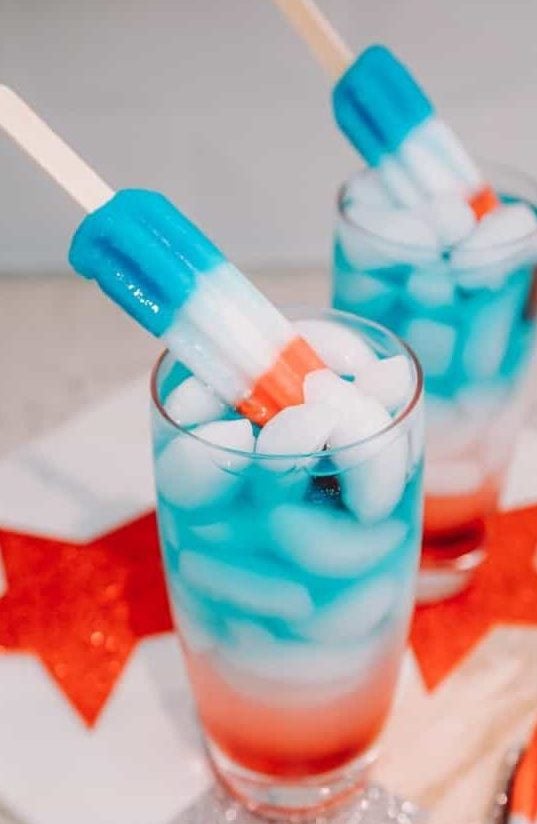 2.Carefully fill the glass with ice and then pour in ½ bottle of Mike's Hard Lemonade-there should be about 1 inch left at the top of the glass.  The grenadine should stay on the bottom of the glass since it is heavier and thicker than Mike's hard lemonade. 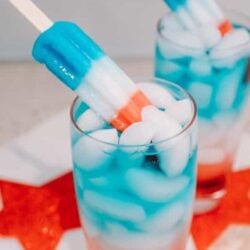