Look no further!  If you are looking for recipes to make in your Ninja Foodi using the Pressure Cook function, you've come to the right place!!! I've put together the best 100+ Ninja Foodi Recipes for you!

Whether you just got your Ninja Foodi or you've had it for years, my recipes will help you put together the perfect meal for your friends and family using one of my favorite appliances ever! Be sure to check out the tips and tricks section for each of the recipes too!

To make things easier to navigate, we have broken our 100 Ninja Foodi recipes into smaller groups based on ingredients, proteins, starches, and meal type!

Tips and Tricks for the Ninja Foodi

Tips and Tricks for the Ninja Foodi

What is a Ninja Foodi?

A Ninja Foodi is a multi-cooker system that allows you to bake, roast, pressure cook, air fry, broil, dehydrate, sear, saute, proof, sous vide, slow cook, steam, and reheat all in one machine. Depending on what model you have, the Ninja Foodi will have one or two lids. Based on what function you choose to use, you will use the lid that goes with that function.

What can I cook in my Ninja Foodi?

You can literally cook anything in the Ninja Foodi. Because there are so many cooking cycles, you can make just about anything. You can make pasta, rice, all sorts of meats, desserts, appetizers, entire meals, soups, vegetables, and even yogurt!

Is the Ninja Foodi a healthy way to cook?

Based on what you are cooking and the method that you are cooking, it can be healthier than other traditional cooking methods. For example, the air crisp function allows you to cook and crisp food without the need for excess oil.

Can you cook frozen meat in the Ninja Foodi?

How do you cook pasta in a Ninja Foodi?

There is a formula for cooking pasta in the Ninja Foodi. Take a look at eh the box of pasta that you would like to cook. Take the recommended cooking time and divide it in half and then subtract 2 minutes. For example, if the recommended cooking time is 12 minutes, divide that in half to come up with 6 minutes. Then subtract 2 minutes. 6-2=4. Pressure cook the pasta for 4 minutes for al dente pasta. Add a minute if you like your pasta cooked more.

Can I can in the Ninja Foodi?

No, it is not recommended to can using the Ninja Foodi.

What are the different options for releasing pressure in the Ninja Foodi?

-To quick release pressure, move the pressure release valve to the release option as soon as the timer has ended.

-To natural release pressure, do NOTHING when the timer has ended. The pressure will slowly, naturally release the pressure on its own. Depending on the recipe, this can take 5-30 minutes. Check to see if the pressure has been released by slowly moving the valve to the release option. If steam still comes out, close the valve and wait longer.

-To delay release pressure, allow the timer to count UP after the original cooking timer has ended. As the timer counts UP, this is the number of minutes that the unit has delayed pressure release. Once the desired amount of time has passed, (usually 50-20 minutes), move the valve to the release position and quick-release remaining pressure.

What size does the Ninja Foodi come in?

There are several sizes for the Ninja Foodi. The most common sizes are the 6.5-quarts and the 8-quarts. But, there are also smaller 5-quart versions available.

Should the Ninja Foodi pressure release valve be loose?

The pressure valve is supposed to be loose. Don’t panic if it looks like it’s going to fall off. It won’t.

Can I use hot water in the Ninja Foodi?

Unless a recipe specifically says to do so, DO NOT PRE-HEAT the liquid in the pot before cooking. Doing so will speed up the cooking process and the end result may not be as desired. Recipes are written with the pre-heating time taken into consideration.

Why does the Ninja Foodi take so long to come to pressure?

If the pot is VERY FULL or has a lot of liquid, it will take longer to reach temperature/pressure. This is normal.

Why is steam coming out the top of the Ninja Foodi lid?

It is normal for steam to come from the top of the unit or the valve when building pressure or steaming. It is not normal for a lot of steam to come from the place where the lid meets the pot when closed. If this is happening, the seal is probably inserted incorrectly. Open the lid, run your finger around the seal to make sure that it is tight and evenly attached to the lid. Double-check to make sure that the valve is closed before cooking.

Is Ninja Foodi as good as an air fryer?

Yes! It's a great air fryer! And....it does so much more. You can replace so many appliances with the Ninja Foodi! Not only does it air fry, but it also pressure cooks, bakes, roasts, steams, slow cooks, makes yogurt, sear/sautes, broils, and it has a dehydrator function!

Can you air fry in the Ninja Foodi without the basket?

Yes, you can. Depending on what you are cooking. The key to air frying in the Ninja Foodi is to ensure that air can get all around the food. If air cannot circulate well, the food that you are air frying will not be crispy. You can use any type of basket or tray that props the food up and allows for air circulation around the food.

Let's get started with Ninja Foodi recipes that have chicken in them. All of the recipes in this group have chicken as a main ingredient. Pressure cooked chicken comes out super juicy and tender! Most recipes can be made using boneless, skinless, chicken tenders, chicken breasts, or chicken thighs. Make the best pasta using parmesan garlic buffalo sauce! 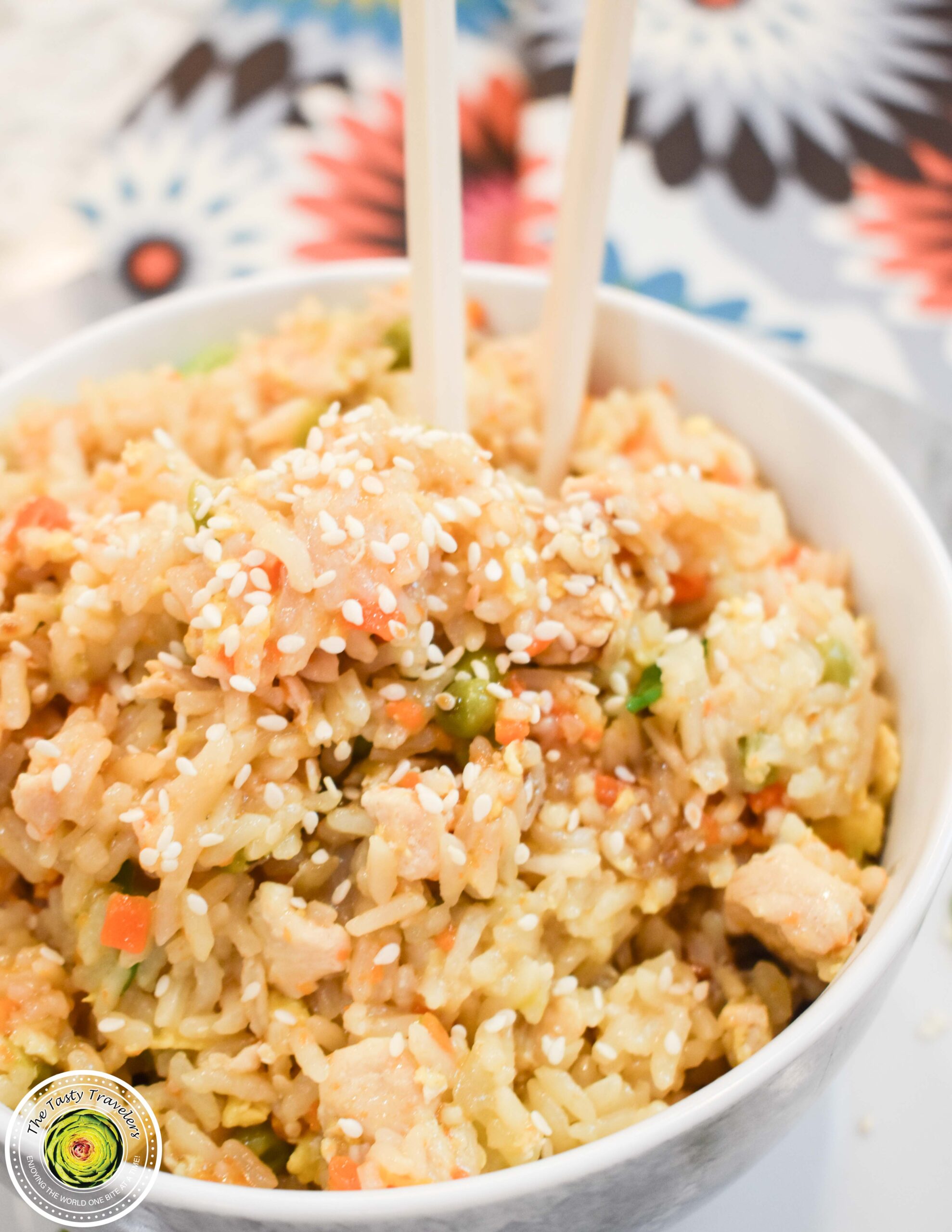 Looking for a beef recipe? All of the recipes in this group have beef as an ingredient. Whether you are using ground beef, round steak, stew meat, or pot roast, I've got the perfect recipe for you! 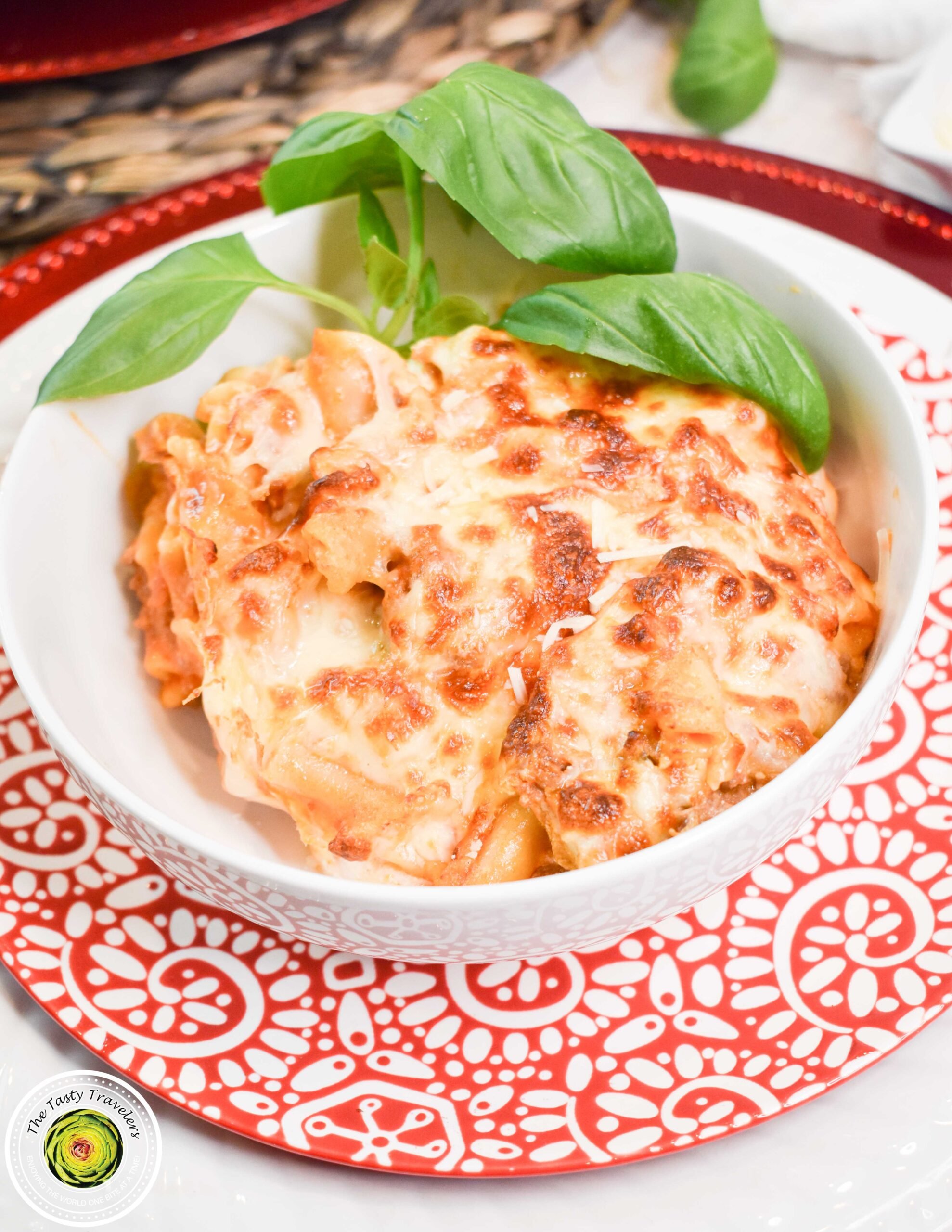 
Never miss a recipe! Subscribe to have FREE recipes sent straight to your inbox!

Whether it's bacon (which we use a lot of), breakfast sausage, or pork chops, you'll find all of our favorite pork recipes listed below! No need for a slow cooker or any special ovens, to get perfectly cooked, tender pork! 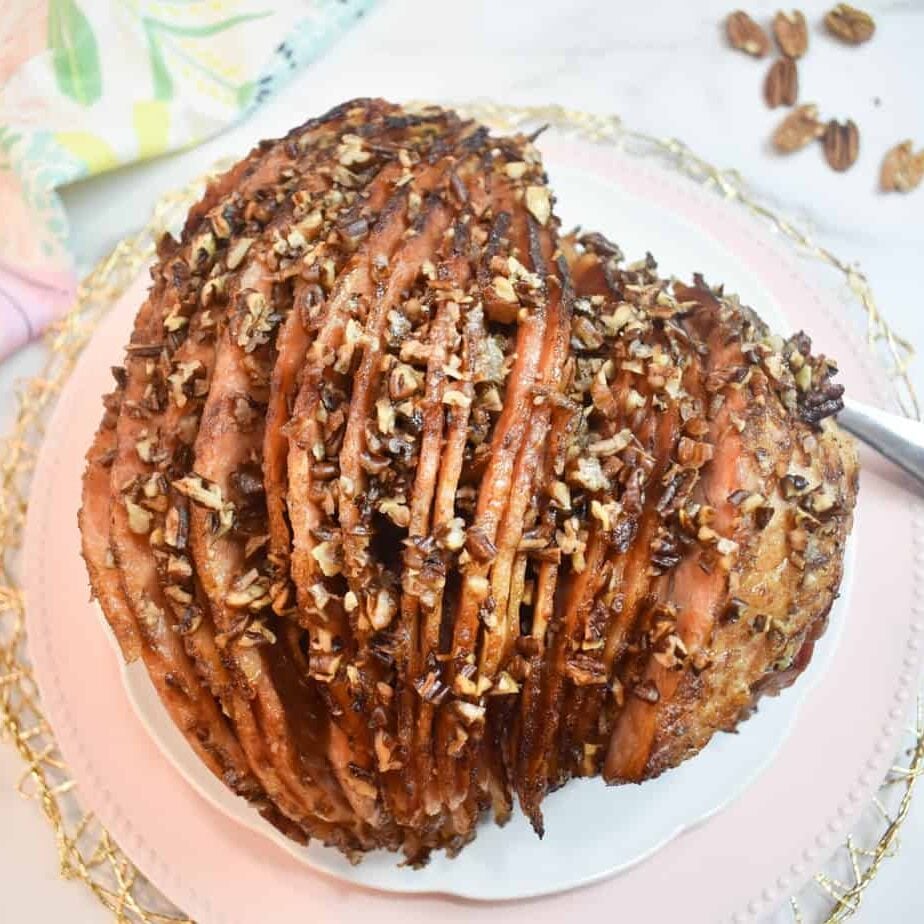 I absolutely love seafood and could eat it almost daily (it could be the butter)! I've put together some recipes to get you started! Once you know how to cook the seafood itself, it becomes pretty easy to add it into pastas and other dishes. 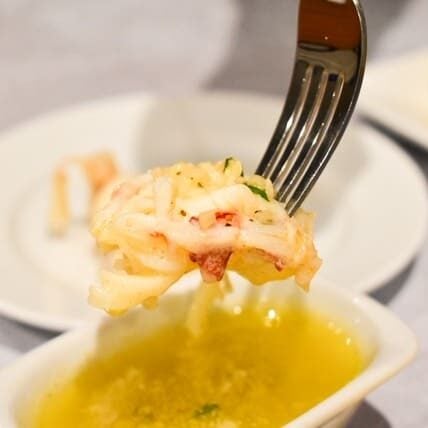 You can't have a complete meal without the perfect side dish! I have put together a list of the best meatless dishes and side dishes, to make in the Ninja Foodi! Make the perfect rice without a rice cooker! Make the best potato salad or buffalo cauliflower dip in one of the best small kitchen appliances- the Ninja Foodi! Never buy boxed mac and cheese again- instead make your own!

Yes! It's really true! You can make wonderful, delicious, creamy cheesecakes in your Ninja Foodi! The flavor options are endless! I've inlcuded all of my favorite cheesecake recipes made in the Ninja Foodi! Be sure to check out the Ninja Foodi Pecan Pie Cheesecake...it's truly amazing! 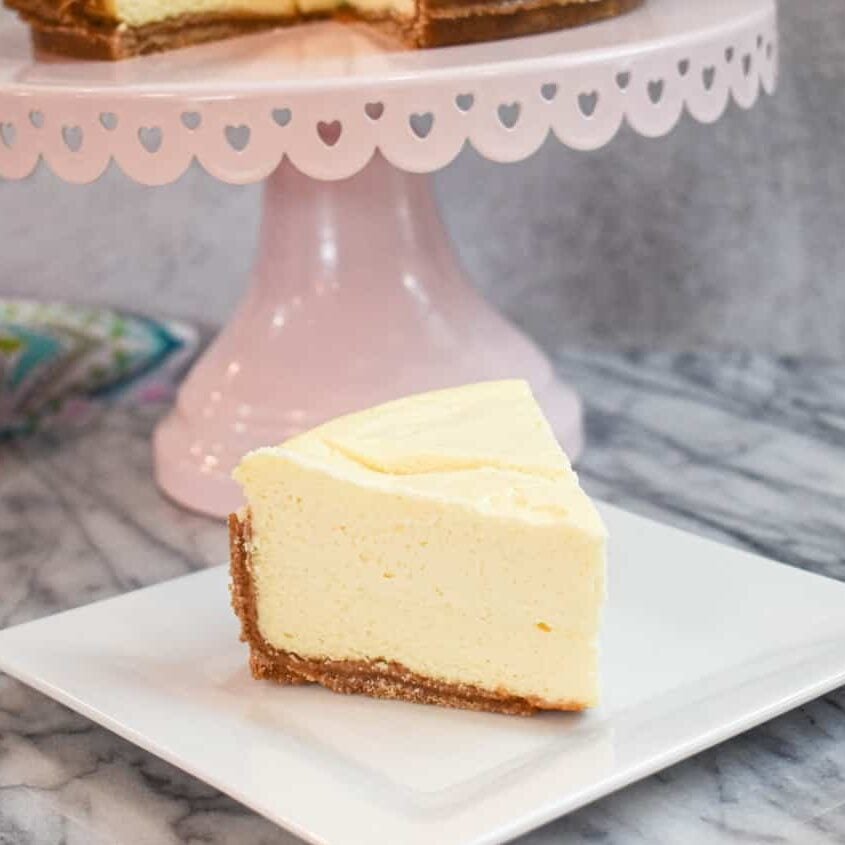 If you have a Ninja Foodi, a Ninja Foodi Grill, or a Ninja Foodi Air fryer, these are the recipes for you!  Get all of the flavor of fried foods, without all of the oil!  Be sure to check out my recipe for sweet potato french fries...with marahsmallow sauce!  They are sooooo good! 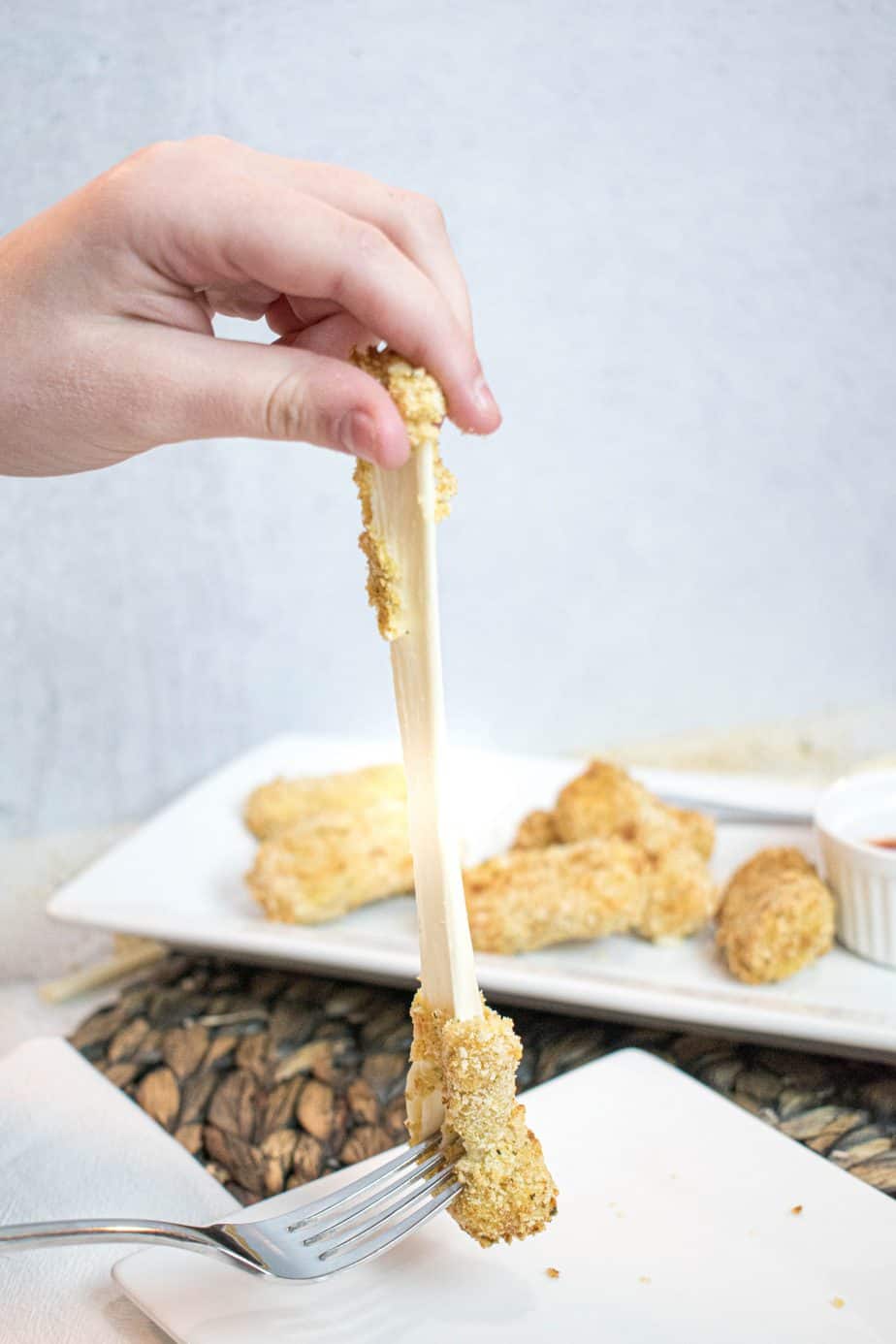 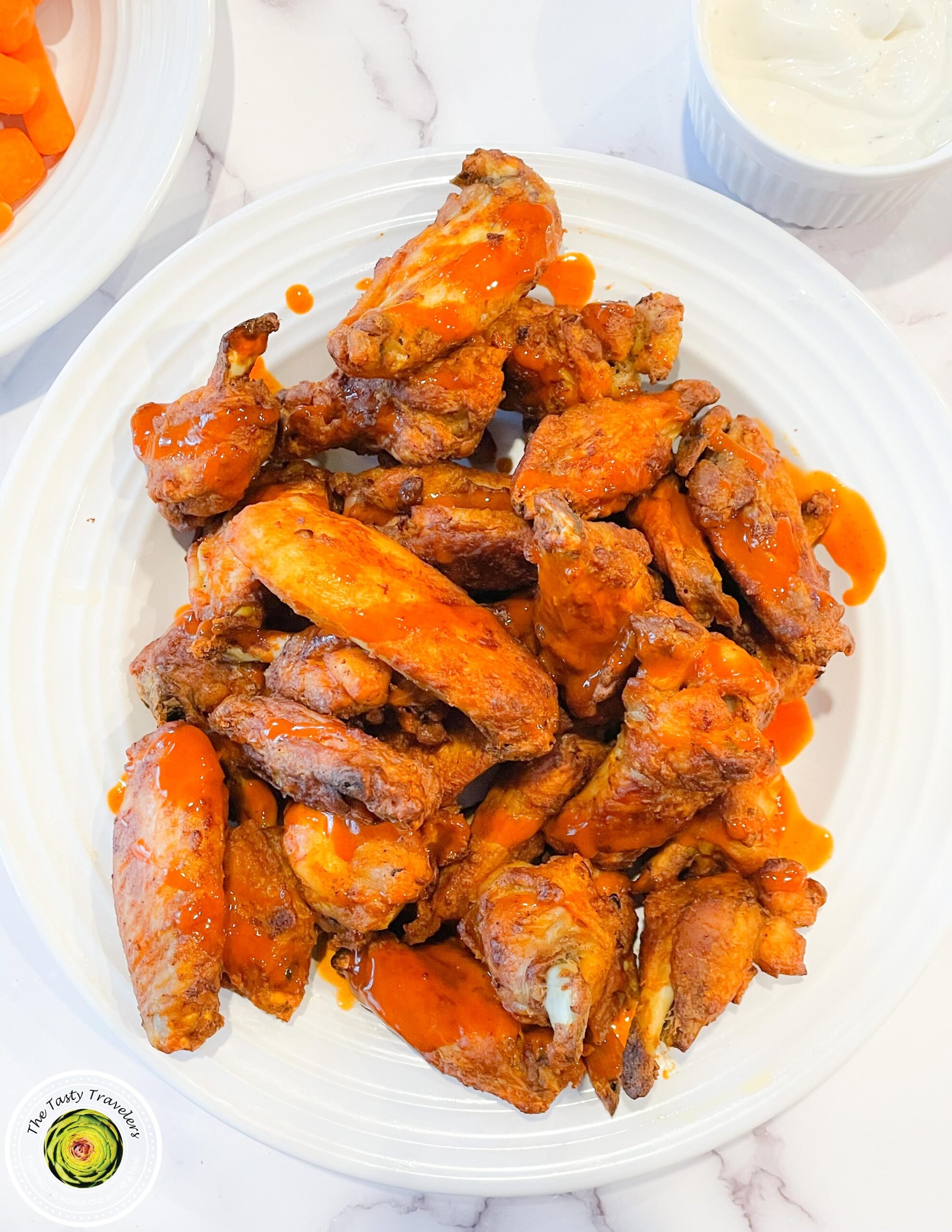 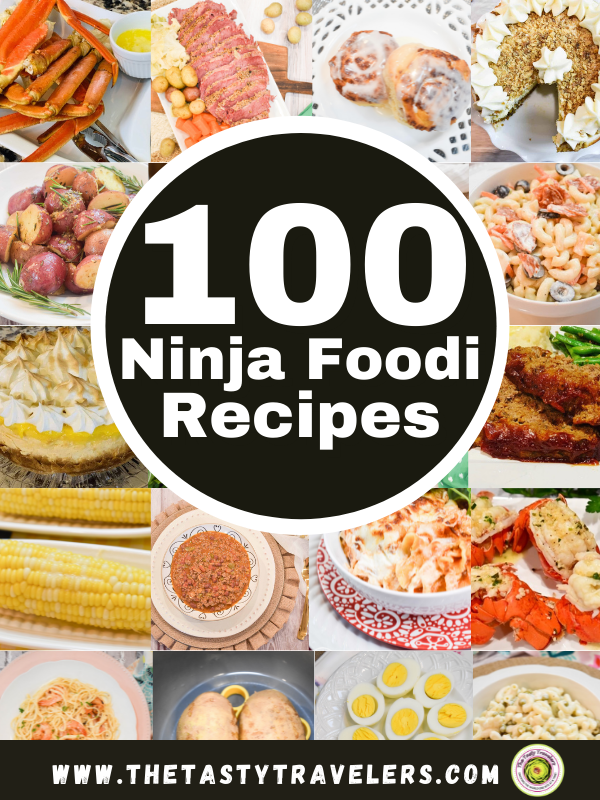